Welcome back to 80’s Movie Mania!! Unfortunately I’m still not getting the interactive response I’d hoped for, so I am forced to make decisions on the polls I posted for the first round of the Bodacious Division. To that end: Weekend at Bernie’s conquers Bachelor Party, Cocktail beats Stripes, and Iron Eagle defeats An Officer & A Gentleman. Now we move on to first round matchups in the Tubular Division. I am persistent so there will be more polls. Please vote. Enjoy!!

Bill & Ted’s Excellent Adventure   vs.   History of the World Part I

This is a matchup for all you history buffs!! Bill and Ted are two California stoners destined to do great

things in the future…if only they can pass their high school history exam. To help them in their 1989 epic adventure George Carlin travels back in time in a phone booth and introduces the two mindless teens to historical figures like Billy the Kid, Napoleon Bonaparte, Socrates, Sigmund Freud, Beethoven, & Abraham Lincoln. As you might imagine it’s a pretty funny trip thru the ol’ space-time continuum. A sequel came out a couple of years later but it lacks the magic of the original. The 1981 epic History of the World Part 1 is written, produced, & directed by the legendary Mel Brooks. It is comprised of short segments parodying events set in The Stone Age, The Old Testament Biblical era, The Roman Empire, The Spanish Inquisition, & The French Revolution and stars some pretty big names like Orson Welles (who narrates), Dom Deluise, Sid Caesar, Shecky Greene, Harvey Korman, Bea Arthur, Cloris Leachman, & Brooks himself. The humor is kind of old school vaudeville mixed with Americanized Python-esque zaniness…and it works.

The Verdict: Okay Manoverse…I’m giving you another shot here. Can we get atleast 10 votes on this one??

WarGames   vs.   The Best Little Whorehouse in Texas

1983’s WarGames addresses that idea. It was the first starring role for both Matthew Broderick & Ally Sheedy and is a fun, entertaining, vaguely conceivable, well written thrill ride. 1982’s The Best Little Whorehouse in Texas is based on a Tony Award winning Broadway musical and stars Dolly Parton as the madam of a brothel whose…activities…are largely ignored because the madam is in a relationship with the local sheriff, portrayed by Burt Reynolds (still one of the biggest actors in the world at the time). Things get riotously complicated when a Springer-esque talk show host portrayed by Dom Deluise decides to expose the “chicken ranch”.

The Verdict: WarGames. The Best Little Whorehouse in Texas is an amusing yet forgettably frivolous comedy we recall only because of its above average cast. WarGames is really well done, taking a heavy subject and spinning it into enjoyable entertainment.

Scarface   vs.   License to Drive 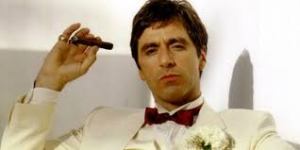 Al Pacino is still one of the best actors in the world and has been for over four decades, with 1983’s

Scarface being one of his most treasured films. Pacino stars as Cuban drug lord Tony Montana in a violent story about cocaine & organized crime that was written by the infamous Oliver Stone and helmed by heralded director Brian DePalma. License to Drive is a 1988 comedy starring The Coreys…Haim & Feldman…about a 16 year old kid who takes his grandfather’s vehicle out for some misadventures despite having failed his driving test. The cast also includes Carol Kane, Heather Graham, & One Day at a Time’s Richard Masur.

The Verdict: Scarface. It isn’t necessarily my cup of tea, but considering the competition this is a no brainer. Even The Coreys made better movies than License to Drive. 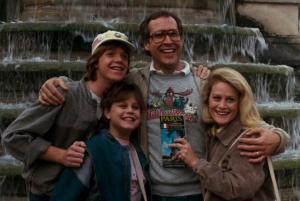 Short as dimwitted silent film actors in the early 20th century who inadvertently become involved in a battle against a bandito who is terrorizing a small Mexican village. They think they have been recruited to simply put on a show, but the young senorita who has enlisted their help mistakenly believes they are genuine heroes that can save her neighborhood. Hilarity ensues. Three Amigos! has never won any awards, but it is a quirky showcase for the inimitable talents of a trio of comedy legends. European Vacation is a 1985 follow-up to the original Vacation wherein the wacky Griswold clan wins an all-expenses paid tour of Europe on a goofy game show. As usual things go horribly yet hilariously wrong for Clark, Ellen, Rusty, & Audrey. It isn’t as funny as the first film or 1989’s Christmas Vacation, but European Vacation has its charms and upon further review is better than the first impression it might have left back in the day.

The Verdict: This one is in your hands too Manoverse. I’m counting on you!!

Once again we have a trio of big name co-stars…in this case Tom Selleck, Ted Danson, & Steve Guttenberg.

Three Men & A Baby was the highest grossing film of 1987, beating out the likes of Fatal Attraction, Good Morning Vietnam, Moonstruck, The Untouchables, Dirty Dancing, Lethal Weapon, and Planes, Trains, & Automobiles. The story finds three NY City bachelors suddenly tasked with taking care of an infant that one of them has fathered. The men have no clue what they are doing and therein lies the comedy. The film was directed by Star Trek’s Leonard Nimoy and was followed a few years later by an unremarkable sequel. Word on the street is that a third film…three decades after the original…is in the works. La Bamba was also made in 1987 and is a biopic of Richie Valens, a Latino rocker in the 1950’s who had a few big hits before his life was cut short on The Day the Music Died in a plane crash that also killed Buddy Holly and The Big Bopper. La Bamba has an awesome soundtrack and Lou Diamond Phillips is mesmerizing as Valens.

1982’s Porky’s is the quintessential teen sex comedy. Actually it is a forefather to movies like Superbad, 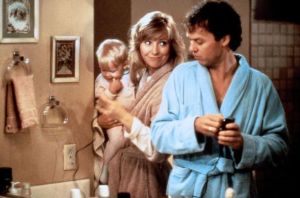 Road Trip, & American Pie in a genre that keeps on keepin’ on with decidedly uneven results. Porky’s is set in the 1950’s and has a group of Florida high schoolers on the typical quest to lose their virginity, ticking off a local nightclub owner in the process. There are no big stars in the film, but it was directed by Bob Clark, who would use the success of Porky’s to launch his passion project…a little ditty called A Christmas Story. You may have heard of it. 1983’s Mr. Mom is amongst the early works of Michael Keaton, still one of the most underrated actors out there to this day. Keaton co-stars with the lovely Teri Garr as an engineer downsized from Ford Motor Company who becomes a stay-at-home Dad while Mom re-enters the work force at an ad agency. It is Keaton at his funniest.

The Verdict: Mr. Mom. The basic plot of Porky’s has been done better in other films. Meanwhile, Mr. Mom is an oft overlooked gem that really showcases Keaton’s comedic talent.

I have long opined that Cher is a much better actress than singer, and the 1987 rom-com Moonstruck is 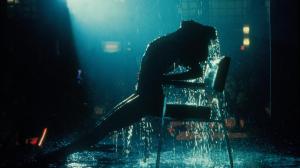 one of her more memorable performances, earning her an Oscar for Best Actress. Olympia Dukakis won the Oscar for Best Supporting Actress and the movie itself was nominated for Best Picture, losing out to The Last Emperor, which also beat out Broadcast News and Fatal Attraction…a prime example of the folly and apparent crack smoking prowess of Oscar voters. At any rate, the real gem in Moonstruck is Nicolas Cage as a man who falls head over heels in love with his soon-to-be sister-in-law. 1983’s Flashdance tells the story of a female steelworker/stripper in Pittsburgh who wants to be a professional dancer. She becomes romantically involved with her boss (from the steel mill…not the nudie bar) and has to overcome feelings of inadequacy to chase her dream.

The Verdict: Moonstruck. I feel like Flashdance is remembered more for its soundtrack than for the movie itself. Meanwhile, the pedigree of Moonstruck cannot be denied.