My maternal grandmother lived in an apartment building for the last 20 years of her life and had what I call an open door policy, with various neighbors popping in & out quite frequently. A couple of people that Grandma was especially tight with would either just walk right in or do what I call the knock/pop in, where a person knocks once or twice and then comes right on in. I’m a little different. I keep my door locked most of the time, but on occasion when I forget to lock it I still expect the courtesy of someone knocking on my door. I also expect a person to stand there and wait for ME to open the door. Life isn’t an episode of Sein

feld and it’s not funny when a person bursts into someone else’s home like Kramer. This hasn’t been an issue for the vast majority of the time I’ve lived here, but there have been a couple of incidents. Several months ago a gentleman who lives in the building stopped by and knocked on my door. I was on the phone and not in the mood for company so I decided to just ignore the knock figuring that eventually he’d get the (obvious) hint and leave. I was wrong and eventually had to answer the door (which was locked). More recently, I was putzing about the apartment when I turned around and suddenly a person had appeared out of nowhere (I’d forgotten to lock the door). I just about jumped out of my skin!! The person claimed that they’d knocked and I have no reason to doubt their word, but a) they couldn’t have knocked very loud (timid knocking is a huge pet peeve of mine that we’ll address another time), and b) they popped in without waiting for me to answer the door. On both of these occasions I am not proud to admit that I flipped out and exhibited some rather rude behavior that left no doubt about my irritation. I regret those reactions to a point, but I also believe that people need to be more respectful of boundaries and learn some manners. Am I wrong??

Let me offer this about the Confederate Battle Flag…..
I’ve been trying to not say too much simply because arguments & strife are an unproductive waste of time that only end up making me upset. That being said, this whole issue has gotten stupid. Very few people seemed to be offended by that flag just a month ago. Most people didn’t care one way or another. It’s been a century & a half since The Civil War. Slavery is a far distant memory. Yes it was horrible. We can all agree on that. But that flag is simply that…a flag, an inanimate object, a harmless piece of cloth. I will spare you a history lesson about the war & the flag and just say that over the past several decades it has become a cultural symbol for rednecks, hillbillies, good ol’ boys, & southerners in general, folks that most would 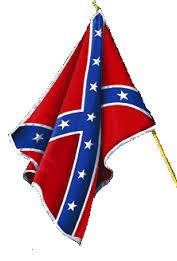 agree are among the friendliest, well-mannered, most easygoing, & respectful people on Earth. Obviously I am painting with a broad brush, but that’s the point. Whatever some may think that flag once stood for (and most of those assertions are wrong), the fact is that here in the 21st century it is 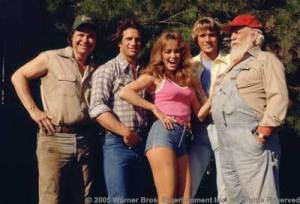 an innocuous symbol…a kind of mascot. The vast majority of people saying now that they are offended by the flag are only feeling that way because the media has planted the seed and blown something way out of proportion. Why?? Well, to some degree that’s just what they do nowadays, but more specifically it was a reaction to Jesus. What?!?!?!? Allow me to explain. After the tragic shooting at a Charleston, SC church last month the expected reaction was chaos, looting, & general lawlessness because that’s the script similar events seem to follow. However, the folks in Charleston threw the talking heads a curve ball. They mourned. They prayed. They joined together. They expressed forgiveness. Such values are confusing to the liberal elite media, so they had to stir the pot. Now because some mentally ill jackass was upset over a girl rejecting him I can no longer enjoy Dukes of Hazzard reruns. Does that make a lick of sense?? Of course not.

I mentioned in the last edition of PoP that I’d been binge watching The Andy Griffith Show on Netflix. I’m still doing that, and I also recently re-watched the 1986 reunion movie Return to Mayberry (it can be found on YouTube if you are so inclined). To be honest it’s not a great film, even by made-for-TV standards. However, it did spark an idea that I’m willing to put out there for some enterprising young Hollywood executive to ponder. How about a new television show called Mayberry?? In the sequel series Mayberry RFD that aired for a few seasons in the late 60’s/early 70’s Andy Taylor and his bride Helen Crump returned for a brief visit and had a child they named Andy Jr. That young man would be in his mid-40’s by now. Maybe he wanted to follow in his father’s footsteps. Maybe he went into law enforcement. Maybe he’s been working somewhere in the big city but now has a desire to return to the place that he was born. Or maybe he came to live with his parents when they relocated from Cleveland back to Mayberry in 1986 per the reunion movie and never left. Either way Andy Taylor Jr. could be the sheriff just like his Daddy. Of course all of the original cast, with two significant exceptions, are dead. Only Ron Howard (aka Opie) and Betty Lynn (aka Thelma Lou) are still alive, but Lynn is quite elderly now and Howard is a big time film director who surely wouldn’t want to be in a TV series again (although he may be willing to do a few guest appearances if it is a well written & produced show). I never watched Mayberry RFD but I know Ken Berry, who starred as farmer Sam Jones, is still around. He may be willing to do some episodes as well. There are quite a few well-known folks who were guest stars on TAGS…Jack Nicholson, Barbara

Eden, Jamie Farr & William Christopher (better known as Klinger & Father Mulcahy from MASH), Rob Reiner, Howard Hessman, Jerry Van Dyke, Morgan Brittany, Don Rickles…that may possibly be willing to be in an episode or two. I am normally against remakes & sequels and am a proponent of creativity & fresh ideas, but I really think this could work. The main cast (especially the role of Andy Jr.) would have to be strong, and it’d have to be its own show, not trying too hard to be a copycat of the original yet retaining its picturesque allure. The town of Mayberry would have changed a bit over the course of 50 years, but I think a TV show with good old-fashioned charm and small town values is exactly what the entertainment landscape needs these days, and I think the viewing public just might like it.