While listening to a local radio show recently I heard the host ask listeners to call in and explain why they are supporting Donald Trump in his bid for the Republican nomination for President of the United States. It was clear by the host’s tone of voice and thinly veiled derision that he is not a Trump supporter and thinks that anyone who does like Trump is crazy & stupid. He never actually said that, but he didn’t need to…it was quite obvious.

Let me first say that I am unlikely to vote for Mr. Trump. While I appreciate the fact that he is a successful businessman and believe that career politicians are part of what has gone wrong with America in the past couple of decades, I also feel that the President of the United States should have some solid experience in the political arena. Barack Obama’s lack of practical understanding in that realm has been obvious in the past 7 years. At the end of the day Trump’s lack of finesse and bull-in-a-china shop mentality is unlikely to inspire much confidence and negatively impacts his viability as a contender. However, that doesn’t mean that his candidacy is a joke. Many people are taking Donald Trump very seriously and there are reasons why. 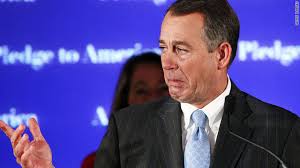 First of all he is not a politician and people like that. As I said, I personally am a little uncomfortable with someone who has never been a Governor or Senator ascending to The White House, but lots of folks believe that our country could benefit from an “outsider” shaking things up and challenging the status quo. We’re tired of candidates that have spent 30 or 40 years in public office. My home state of West Virginia enabled the political career of Jay Rockefeller for more than four decades, even though he was a carpetbagger from New York who was born with a silver spoon in his mouth and couldn’t possibly understand the issues facing his constituency, yet West Virginia has become steadily more conservative in the last several years, as if the population has finally realized that electing guys like Rockefeller over & over benefits no one other than the politician himself. Many have become cynical and believe that there is very little difference between the Republican & Democrat parties. One can easily see that there is a protocol in Washington DC, that people like Senator John McCain, Senate Minority Leader Harry Reid, Speaker of the House John Boehner, & Congresswoman Nancy Pelosi know the game and play by a certain set of rules. They may fight & argue amongst themselves, but they’re all in an exclusive club and will do anything to stay there reaping the benefits of power. Donald

Trump isn’t in the club and many are horrified at the thought of him crashing their soiree. In a strange way that makes some sympathize & root for him, as if he is an outsider just like them, even though he is probably wealthier & more out of touch with the lower/middle economic classes than his competition. The idea of Trump going to Washington and ticking off just about everybody is as appealing & idealistic as it is impractical & unsustainable.

Secondly, Donald Trump has no filter & no fear, and that is strangely attractive. He doesn’t mince words and much of what he says has a lot of truth in it. Sadly his greatest strength is also his biggest weakness. The Thought Police have effectively dumbed down the populace to the point that someone is always offended about something. We don’t take the time to intelligently discuss issues or admit that maybe…just maybe…a person might actually have a point. Do I believe that all immigrants (specifically from Mexico) are drug using rapists?? No, of course not. And neither does Donald Trump. But instead of having a meaningful debate about illegal immigration and the undisputable problems it creates the media has successfully painted Trump as a bigot & a racist. Did I cringe just a little bit when he stated that Sen. McCain isn’t a war hero and that he “likes people who weren’t captured”?? Well, yes. It was out of bounds and unnecessary. However, it is true that McCain’s tragic yet triumphant POW story is just about the only positive thing about him. He is a wishy-washy, milquetoast RINO, the type of career politician that people are beginning to turn against. Such is the dichotomy of Trump – we like that he isn’t afraid to call out guys like McCain, but his lack of tact & grace make him ultimately unelectable.

The fact though, is that Trump has nothing to lose. He is filthy rich and professionally prosperous. He doesn’t need

the job. I have no doubt that he would serve faithfully if elected, and it would be endlessly entertaining, but since it is doubtful that he will get the nomination the more likely scenario is that, at some point, he bows out and goes back to doing whatever he was doing before with barely a scratch to anything, especially his ego & his bank account. Even during this campaign he has seen his stupid reality show on NBC get canceled and has lost business relationships with companies like Macy’s, Univision, & NASCAR, but his hilarious reactions to those losses made him even more popular. He brushed them off like Andre the Giant used to swat away opponents half his size, as if the criticism & temper tantrums hurled in his direction were so insignificant that he barely felt like they warranted comment let alone genuine concern. While other politicians have teams of people that carefully craft their message and write every speech in an effort not to upset potential voters thus securing repeated election victories and lifelong power, Donald Trump doesn’t give a second thought to who he might anger. That doesn’t make a great politician, but it sure produces an appealing candidate.

And finally…and most simply…Donald Trump appeals to true conservatives. He is pro-gun, anti-illegal immigration, pro-life, has proposed a simplified tax structure, understands the importance of job growth, says that man-made climate change is poppycock, & disagrees with ObamaCare. In political parlance he “checks all the boxes”. Conservatives are thirsty for a candidate that supports their deeply held beliefs. We’re tired of candidates that want to “reach across the aisle” and compromise those beliefs. If Donald Trump didn’t have so much baggage, was a little smarter in his choice of words, & had even a little bit of meaningful political experience he might run away with the Republican nomination easily.

Alas, he does have those blemishes and they are enough. So have no fear Trump haters. He won’t be the Republican nominee for President of the United States. Republicans will choose someone much safer & more prosaic. Your nightmare will be over soon enough. But don’t sit on your high horse and marvel at the fact that people are listening to Donald Trump and liking much of what he has to say. It’s not shocking. It isn’t mysterious. It actually makes a lot of sense, atleast moreso than voting for a person based solely on their race or gender.