Have you checked out CBS’s latest incarnation of The Late Late Show with new host James Corden?? I’ve been watching, but I’m not ready to render a final verdict just yet. Corden, a 36 year old Tony Award winning actor who bears a striking resemblance to Conan O’Brien’s sidekick Andy Richter, seems like a genuinely decent fellow with a terrific level of enthusiasm. One can tell he’s new at this and still trying to find his

style, but he’s gaining confidence with each show and has the kind of genial charm one would expect from an Englishman. I like the fact that he brings all 2 or 3 of his guests out at the same time and has a little group chat versus the normal one on one interview. I also like the fact that Corden doesn’t sit behind a desk during the interview, although it begs the question as to why the desk is really there in the first place if he’s not really using it. I’m not sure what to think about bandleader Reggie Watts. He’s got a unique look but doesn’t yet add as much value to the show as well-known late night musical directors like Doc Severinsen, Paul Shaffer, or Max Weinberg have provided to their respective programs in the past. It’s way way way too early to come to any concrete conclusions about Corden or the show, but my early impression is that I don’t hate it and see lots of growth potential. If you happen to be awake at 12:30am sometime you might want to give it a whirl.

What’s the difference between a babysitter and a nanny?? Inquiring minds want to know.

I’ve been seeing a lot lately about transgenderism. News stories. Stuff on my Facebook feed. Former Olympian and honorary Kardashian Bruce Jenner is reportedly “transitioning” into a woman. There’s even a soap opera (one that I don’t watch) that has begun a transgender story involving a longtime major female (or so they thought) 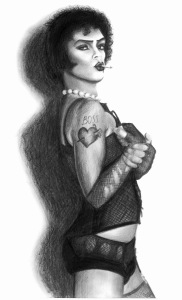 character. It seems like people are getting bored with homosexuality as a sociopolitical cause and are moving on to the next frontier. I feel the same way about both issues. Live & let live. Do your thing. But don’t try to convince me that you are simply seeking tolerance, acceptance, & equality. There is nothing brave, heroic, or inspirational about your choice. And make no mistake…that’s what it is, a choice. Wear whatever clothes you wish. Wear make-up. Have whatever hairstyle you want. But facts are facts. Biology is what it is. A person is either male or female and that can’t be changed without major elective surgery, and even then the truth is the truth. Like I said, do what you want. It’s a free country. Just stop expecting to be celebrated or treated as if your choice is perfectly normal & acceptable.

This is the funniest commercial I’ve seen this year:

Speaking of “alternative” lifestyles…..
I read somewhere that Disney’s Girl Meets World, the follow-up series to 90’s sitcom Boy Meets World, is kicking around the idea of adding a gay character. Now I am not going to dive into an angry, sanctimonious rant against homosexuality. Anyone who has been visiting The Manoverse for any length of time probably knows my stance on the 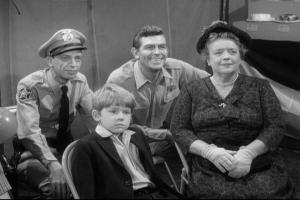 subject. You may disagree and that’s okay. But let’s ponder something. Why do TV shows feel the need to “keep up with the times”, “reflect society”, or have “ripped from the headlines” stories?? I’ve been binge watching The Andy Griffith Show on Netflix and one of the greatest things about it is that, though it was produced in the midst of the turbulent & radical 60’s, none of that craziness is reflected in the show itself. There’s not a trace of any of the tumultuous issues that essentially divided the nation during that time. No discourse on racism. No contemplation of Vietnam. No counterculture meditation on sex, drugs, & rock n’ roll. It’s pure escapism, albeit with a value based moral compass. And a half century later TAGS is almost unanimously considered to be one of the greatest programs in the history of television. I would humbly suggest that modern TV shows should follow that example rather than trying so hard to be hip, cool, & edgy.

More Pickup Lines:
You can call me fireman cause I turn the hoes on.
Are you into conspiracy theories?? I wanna get illuminaughty with you.
My doctor says I’m lacking Vitamin U.
I’m no organ donor but I’d be happy to give you my heart.
Did you read Dr. Seuss as a kid because green eggs and damn!!
You must’ve had Lucky Charms for breakfast, because you look magically delicious.
If you were a vegetable you’d be a cutecumber.
Let’s be nothing because nothing lasts forever.