Former President Calvin Coolidge once said that “Christmas is not a time nor a season, but a state of mind. To cherish peace and goodwill, to be plenteous in mercy, is to have the real spirit of Christmas.” It goes without saying that we should be merciful and exhibit goodwill all year round, but hey…if you can only muster such geniality & compassion a few weeks per year then atleast that’s a start and now is the moment. At any rate, it’s time to present the 6th annual Sammy Claus Wish List. Let me remind you that, in my limited role as

Sammy Claus, I wield no genuine authority to bequeath these gifts. My job is to make suggestions and hope that the Jolly Old Elf up at the North Pole is a citizen of The Manoverse and deems it appropriate to fill folks’ stockings as I have proposed. In the previous five years we have actually had quite a bit of success. The original list in 2009 hoped that John & Kate and Heidi & Spencer would go away. The fact that many of you are now asking “Who are they??” is evidence of our achievement. In 2010 we requested a new stadium for the Minnesota Vikings. That new stadium is now under construction and set to open in 2016. That same year we asked for a college football playoff and for Time-Warner Cable to offer the NFL Network. Done and done. In 2012 we wished for the return of Twinkies, Ho-Ho’s, & other delicious snacks that went away when Hostess imploded. Those treats are indeed back on the shelves at your local supermarket. We also hoped for the extinguishing of The Big East in 2012, and not long after that the football conference shut down. Now only a revised and still pretty decent basketball conference (the original idea anyway) remains. Last year we yearned for a new NASCAR champion and we got one. Jimmie Johnson made The Chase but was eliminated. Bob Hope once stated that ““when we recall Christmas past we usually find that the simplest things…not the great occasions…give off the greatest glow of happiness.” Seeing the gifts on this list bestowed in real life makes me happy. Cheerful reading, and may this Christmas season find you blessed & healthy.

The White House
extra sprinklers & fire extinguishers while the current President continues to set fire to the U.S. Constitution

a new hope as The Force awakens

Fans of Frozen
the wherewithal to let it go

The White House
an extra powerful vacuum to clean up as the current President shreds the U.S. Constitution

Bill Cosby & His Alleged Victims
the truth…one way or another

American Schoolchildren
a return to fulfilling & appetizing meals for lunch

David Letterman
A happy retirement. You were brilliant for two decades. I’m so sorry you became a weary & bitter old man.

The White House
extra toilet paper & air freshener while the current President continues to take a huge crap all over the U.S. Constitution

Craig Ferguson
Happiness & success in future endeavors. I regret not discovering the hilarity of your Late Late Show until it was almost over.

As has become tradition I shall end with a quote from the Rankin-Bass animated classic Santa Claus Is Comin’ To Town: 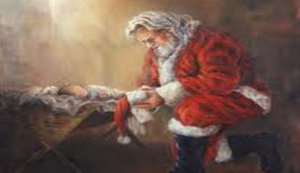