If you need to go back and read the intro to this series, or learn about fundamental techniques in handling people, ways to make people like you, or winning people to your way of thinking please click on the links to do so.

While preparing this concluding segment of the series I couldn’t help but ponder if winning friends & influencing people is even a goal for the masses anymore. It seems to me that we live in a society where the vast majority of folks are, at the very least, egotistical to the point of being bulls in a china shop in an effort to get ahead and promote their own agenda, or worse, oftentimes proud of purposely irritating others just to prove a point. My mother & maternal grandmother always said “you get more flies with honey than vinegar”, and I think that is a good summary of Dale Carnegie’s ideas. He just happened to expand upon the thought and suggest some specifics to achieve the goal. At any rate, I hope anyone who has read my summary of Carnegie’s techniques will a) read the book in its entirety, and b) apply what you learn in real life situations. On balance I believe you will find it to be a positive in your life.

If you don’t want to upset others “begin with praise and honest appreciation”. It is always easier to listen

to unpleasant things after we have heard some praise. A barber lathers a man before he shaves him. Sometimes you can get everything you want without even asking for it. Beginning with praise is like a dentist who begins their work with Novocain.

Of course there are times when one must take steps to correct a situation, and when that time comes it is best to “call attention to people’s mistakes indirectly”. Simply altering one little word can make the difference between failure & success in changing people without offending them or causing resentment. The forbidden word is “but”. Change the word “but” to “and”, which will call attention to behavior we want to change indirectly and make the person want to live up to expectations. Calling indirect attention to a person’s mistakes works wonders with sensitive people who might resent direct criticism. 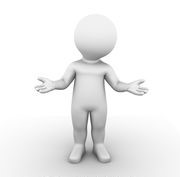 other person”. It isn’t nearly as difficult to listen to comments about your own faults if the other person humbly admits that they aren’t perfect themselves. If a few sentences of humbling oneself and praising the other party can turn things around in a tense situation imagine what humility & praise can do in our daily lives. 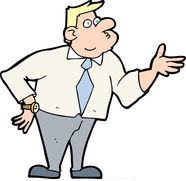 We should also “ask questions instead of giving direct orders”. Give suggestions not orders, and provide people an opportunity to do things themselves so they can learn from their mistakes. Save a person’s pride and give them a feeling of importance, which will encourage cooperation instead of rebellion. Resentment caused by a brash order may last for a long time. Asking questions not only makes an order more palatable, it stimulates creativity. People are more likely to accept an order if they have a part in the decision making process.

In anything resembling a confrontation it is important to “let the other person save face”. We tend to

ride roughshod over others’ feelings. We want to get our own way, find fault, issue threats, and criticize without considering the hurt it causes to other people’s pride. Thoughtful consideration & genuine understanding goes a long way. Consider the negative effects of fault finding versus the positive effects of letting others’ save face. Even if we are right and the other person is definitely wrong we only destroy their ego by causing someone else to lose face. We have no right to say or do anything that diminishes a person in their own eyes. It doesn’t matter as much what you think of a person as what they think of themselves. Don’t ever hurt another person’s dignity.

In contrast to criticism we should “praise heartily”.  Again, think of your favorite pet. Why don’t we use the same common sense when trying to change people that we use when trying to change dogs?? Use meat instead of a whip. Use praise instead of condemnation. Praise improvement, which inspires further improvement. Praise is like sunlight to the human spirit, and we cannot grow without it. History is replete with the sheer witchery of praise. When criticism is minimized and praise emphasized the good things people do are reinforced while the bad things will atrophy from lack of attention. Praise becomes much more meaningful when specific accomplishments are singled out in contrast to general flattering remarks. We all crave appreciation, recognition, & praise and will do almost anything to receive it, but when it is specific it feels more sincere. Nobody wants insincere flattery. Compared with what we ought to be we are oftentimes only half awake and making use of only a small amount of our physical & mental resources. We live far within our limits and habitually fail to use all of our powers. If we can inspire people to a realization of the hidden treasures they possess we can help transform those individuals. All of us have the ability to praise people and inspire them with a realization of latent possibilities. Abilities wither under criticism but blossom with encouragement.

Another thing that we can do is “give the other person a fine reputation to live up to”. The average person can be led readily if

you have their respect and show that you respect their abilities. If you want a person to improve in a certain aspect act as though that particular trait is already one of their strengths. Shakespeare advised to “assume a virtue if you have it not”. Assume & state openly that a person has the virtue that you want them to develop. Give them a reputation to live up to and they will make prodigious efforts rather than disappoint others. Oftentimes people are unaware of the treasures that lie within.

Closely related to not criticizing but a little more explicit is “using encouragement  while making a fault seem easy to correct”. Telling a person that they are stupid or untalented or are doing something totally wrong destroys any incentive for improvement. Use copious amounts of encouragement. Make improvement seem possible, even easy. Let someone know that you have faith in them, that they have untapped potential. Doing so will stimulate an effort to excel.

Though it may not seem like an easy task to accomplish, “make a person happy about doing the

thing you suggest”.  Create the impression that by accepting a mission a person will be doing you a favor. Don’t give people time to feel unhappy. Change their thoughts in a positive direction. Be sincere. Don’t promise anything you cannot deliver. Put aside any benefits for yourself and focus on benefits to the other person. Be specific. Know exactly what it is you want or need from another person. Be empathetic. Always ask yourself what another person wants or needs. Consider the benefits a person may receive from doing what you ask and match them up with that person’s wants. When making a request of another person convey to them how they will benefit.