I mentioned in the introduction that How to Win Friends and Influence People is broken down into four sections. One of the things that I have always tried to consider since the inception of The Manofesto is readability. Very few people have the time or patience these days to read a 5000 word blog post no matter how insightful or fascinating it may be. I realize that I can be somewhat verbose on occasion, which goes directly against Shakespeare’s instruction that “brevity is the soul of wit”, so, atleast for this occasion, I am making an effort to break things down into more manageable pieces. 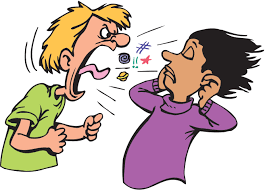 Criticism is futile because it puts others on the defensive, forces them to justify themselves, & wounds their pride. It hurts their sense of importance, kills ambition, & causes resentment. 99% of the time people won’t criticize themselves no matter how wrong they are. An analogy to pets that all of us can understand: animals rewarded for good behavior learn much quicker and retain more information than those punished for bad behavior. Human beings are hungry for approval but dread condemnation. We blame everybody but ourselves…it’s human nature. We are not creatures of logic…we are creatures of emotion with prejudices that are motivated by pride & vanity. Any fool can criticize…and most fools do. Conversely, it takes character & self-control to understand & forgive. Instead of condemnation we should try understanding, which leads to sympathy, tolerance, kindness, & forgiveness. Be anxious to praise but loathe to find fault.

The next technique we learn is to “give honest and sincere appreciation”. We all want approval, recognition, & a feeling of importance. We crave the stupendous power of sincere appreciation. Ralph Waldo Emerson stated that “every man is my superior in some way…in that I learn of him”. Emerson understood that human beings want the same basic things: health & preservation of life, food, sleep, money (and the things money can buy), the afterlife, sexual gratification, the well-being of our children, & a feeling of importance. The deepest urge in human nature is the desire to be great or important, but it is the most difficult need to satisfy. Anyone who fulfills that need for another will hold that person in the palm of their hand. Everything humans do is primarily motivated by two things: sex & the desire to be great. The desire for a feeling of importance distinguishes 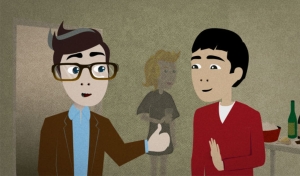 mankind from animals. How a person gets their feeling of importance defines who they are and determines their character. People can actually go insane seeking to find, in their insanity, the feeling of importance that has been denied to them in reality. Considering that, imagine what you can achieve by giving sane people honest appreciation. Everybody likes compliments. Everybody wants to be appreciated. Studies show that the main reason spouses stray and/or leave is a lack of appreciation. Appreciation is “legal tender that all souls enjoy”. Never underestimate the power of appreciation, confidence, & consideration. We crave it almost as much as we do food. People will do better work & put forth more effort under a spirit of approval than they ever will under a spirit of criticism. The only way to really get anybody to do anything is to make them want to do it. Kind words remain fond memories for years. Conversely, shallow flattery usually fails, doing more harm than good in the long run. Flattery is telling a person precisely what they think of themselves. It comes from the teeth and is cheap, insincere, & selfish, while sincere appreciation comes from the heart & is universally admired. Don’t be afraid of enemies who attack you…be afraid of friends who flatter you. We spend 95% of our time thinking about ourselves. If we stop thinking about ourselves & focus on the good points of others we won’t need to resort to flattery…we can show them genuine appreciation, one of the most neglected virtues of our daily existence.

And finally, Carnegies advises to “arouse an eager want”, opining that it is necessary to bait the hook to suit the fish. Henry Ford 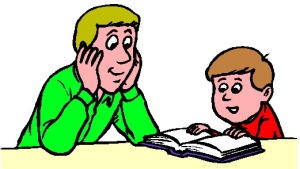 said that “the ability to see other peoples’ point of view as well as one’s own is the key to success”. We are all eternally interested in what we want, so the best way to influence people is to talk about what they want and show them how to get it. Every act we have done since the day we were born has been performed because we wanted something. Self-expression is the dominant necessity of human nature. Action springs from fundamental desire. Even many of the most educated people go thru life without ever discovering how their own mind functions. One who can arouse in others an eager want has the whole world with them, while those who cannot walk a lonely road. The world is full of self-seekers. Therefore, an individual who unselfishly tries to serve others is rare and has an enormous advantage over the self-seeker. We are interested in solving our own problems, and if a person can show us how they can help us do that we’ll be buying without them needing to sell us anything. People who can put themselves in the place of others and understand the workings of their minds won’t ever need to worry about their future.

Stay tuned for the next installment…coming soon.