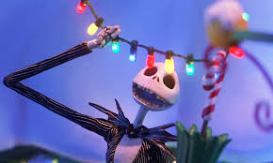 I never know whether to watch The Nightmare Before Christmas on Halloween or during the Christmas season…so I just don’t watch it. Stop confusing me Tim Burton!!

Prepare to be amazed. Yours truly is about to recommend yet ANOTHER new television show. In the last edition of PoP I gave props to ABC’s 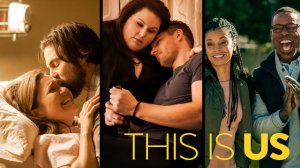 Designated Survivor starring Kiefer Sutherland. Today I want to endorse NBC’s innovative dramedy This Is Us. It’s one of those big ensemble family deals, which on the surface isn’t really breaking new ground, but the creators of this one have come up with a unique angle that almost kinda sorta involves time travel. Let’s just say that Mandy Moore portrays a 30 year old and a 66 year old…in the same show. Mind blown, right?? It is really well-written and the cast is superb. I kept missing it and finally decided to seek it out online, and when I did I was so hooked that I caught up on five episodes in one evening. I’m not sure if This Is Us is a show that can be sustained for the long haul, but even if we only get one or two seasons it will be greatly enjoyed.

I wonder if anyone has ever had four daughters and named them Autumn, Winter, Spring, & Summer.

I have remained relatively quiet during this election cycle, atleast for me. However, with the big day right around the corner allow me to briefly opine. I just don’t understand how any thinking person can cast their vote for Hillary Clinton. I’m tired of Hollywood celebrities…especially females (no offense ladies)…pulling out all their “glass ceiling”, “historic election” poppycock. I do NOT care that she is a woman. I have nothing against the idea of a female President. I‘m sure that there are several qualified contenders out there that’d 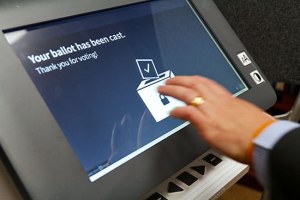 make a fine chief executive. But I do not believe that gender alone is a good enough reason to vote for anyone. I happen to like my Constitutional rights and have valid concerns about how freedom of speech, freedom of religion, & the right to keep & bear arms would be negatively impacted under an HRC administration and perhaps for generations to come…certainly for the remainder of my life…if she is allowed to pack the Supreme Court with “progressive” justices (she has even floated the idea of nominating President Obama!!). I can’t honestly say that I am excited about casting my vote for Donald Trump. I had hoped that the GOP would nominate a dyed-in-the-wool conservative with atleast some high level government experience. Having said that, I understand the movement that has propelled Trump this far and am more comfortable gambling on his outsider shtick to find out if his business acumen really can translate into political leadership than I am giving Hillary Clinton any legitimate power. I am not one of those doomsdayers that think Trump will somehow lead us into World War III or otherwise do irreparable damage to the country. Worst case scenario?? He ticks off some people who take their ball home and refuse to play with us anymore. If the United States can withstand Vietnam, Watergate, the extreme lows of the Carter Administration, the overstated yet undeniable foibles of George W. Bush, and the what I believe to be intentionally destructive actions of the past eight years, then I hardly think Donald Trump will do any permanent damage. I believe Mrs. Clinton would do far more harm to the cause of freedom.

The world would be a much better place if people would just stop & think how their actions might negatively affect others.

Dear Dairy Queen (or any other purveyor of tasty ice cream treats): 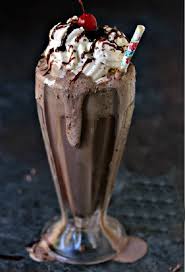 You do realize that there is a slight difference between ice cream & a milkshake, right?? When buying a milkshake it does not impress me that it is super duper thick. I don’t care if you can flip it upside down and not spill the contents. What I do care about is being able to drink the darn thing thru a straw. I feel weird sitting in my vehicle sucking so hard (on the straw) that the eyes of children under 18 should be shielded. Obviously I wouldn’t like a watery consistency either. I am merely suggesting that there should be an acceptable middle ground. Surely someone somewhere gets paid a fair salary to deal with such issues.

One thought on “Points of Ponderation…..Episode 12.16”