I am so mad at myself. Sometimes something is so obviously staring one right in the face that we too easily look past it. Such was the case last week. There was a fantastic opportunity for me to go 5-0, which I think would have been the very first time in three years that has happened. I am far too lazy to research the archives in order to verify that fact. At any rate, instead I ended up going 3-2. Why?? Well, first of all, the Green Bay Packers only beat the NY Jets by 7 points. The spread was 8. That one wasn’t so much my fault as it was a Packers team who basically phoned it in and may have actually lost were it not for the inexplicable ineptitude of the Jets coaching staff. Then there was the major upset…the San Diego Chargers defeating the Seattle Seahawks. I should have seen it coming. There was no way the Seahawks were going to go undefeated. That just doesn’t happen. I am the guy who said in my NFL Preview that “Super Bowl Champions oftentimes slip a little the following season” while predicting a rather pedestrian 10-6 record for Seattle. At the same time I called the Chargers “sneaky good” and also predicted a 10-6 record as well as a playoff berth. The Seahawks had dismantled Green Bay in the opening game of the season while San Diego lost a heartbreaker to the Arizona Cardinals. Seattle-San Diego was a home game for the Chargers & a classic trap game for the Seahawks, and they fell into the trap. I should have seen it coming but I didn’t. The good news for me is that while I went 3-2 Zach went 1-4, which means our season thus far looks like this:

I ranked Iowa 14th in my pre-season Top 25, but after a last second loss to in-state rival Iowa

St. they have some work to do if they’re going to fulfill that prophecy. Meanwhile, the hated Pitt Panthers have gotten off to a solid 3-0 start, including a victory at Boston College. Heinz Field isn’t much of a home advantage for the Panthers since there are usually only a few dozen people there on Saturdays, including vendors and homeless people hoping to score some scraps from discarded Primanti Brothers wrappers. Most folks in The ‘Burgh wait to spend their hard earned money on Sunday at the Steelers game. Pitt seems like they may be the real deal, but who knows?? I think this will be a close game and it is undoubtedly pivotal to both teams’ seasons. I’m going to support my own pre-season prediction by going with the Hawkeyes. Using the logic that Boston College beat USC and Pitt beat Boston College so therefore Pitt must be a legitimately good team (which actually does make sense) Zach is picking the Panthers to pound the ball with their rushing attack and win easily.

Florida at Alabama (-14.5)
Where is the love for ‘Bama?? Are we just so use to them being a top team that we don’t even feel the need to discuss them

anymore?? Is there a bit of Tide fatigue amongst the masses?? The answer is probably yes on both counts. However, this game should receive a fair amount of attention. Florida isn’t back to its Spurrier/Urban Meyer heyday just yet, but they are 2-0. Yes it took them 3 overtimes to beat Kentucky last week. I think they may have been looking ahead just a bit. Anyway, if this game were at The Swamp it’d be really intriguing, but alas it is in Tuscaloosa. Therefore I believe there is probably not much of a doubt that Alabama will win. The question is by how much?? I am probably going to regret this, but I guess maybe I am one of the doubters. I think the Tide rolls, but by less than 14 ½ points. Zach has a man crush on Nick Saban but agrees with my assessment that this will be a close game.

Clemson at Florida St. (-20)
There are no shortage of folks who already have had the #1 ranked Seminoles on upset alert. They were less than

impressive in a season opening victory over Oklahoma St., a game in which the Cowboys narrowed their deficit to within a touchdown with 2 minutes remaining but ran out of time to make anything else happen. Add in the fact that Florida St.’s quarterback, Heisman Trophy winner, upstanding citizen, scholar, gentleman, & all around class act Jameis Winston is suspended for the first half of this game because he is a moron. Meanwhile, the Tigers are 1-1 after a season opening loss to Georgia followed by dismantling an overmatched junior high team last week. I honestly don’t know how Clemson is still in anyone’s Top 25. They certainly haven’t earned such accolades. However, that could change with this game. Heck, if the game were being played at Memorial Stadium in South Carolina I might actually give them a puncher’s chance to win. However, it is in Tallahassee. The point spread does concern me just a bit. Florida St. has put up only 37 points in each of its first two contests. I think Clemson will be overmatched but motivated, while I am not sure the apprehension of the doubters has reached enough of a crescendo for Florida St. to pay much attention…yet. Zach not only agrees but is boldly predicting an outright Clemson victory. That boy has a set of brass ones. He gets it from his mother’s side of the family.

Denver at Seattle (-5)
For anyone who may have been hiding out in one of those bomb shelters from the 60’s recently, this is a rematch of last

season’s Super Bowl. In that game the Seahawks’ defense made living legend Peyton Manning look like…well…Eli Manning and cruised to a 43-8 victory that was even more underwhelming than Bruno Mars’ halftime show. But the beauty of the NFL is that every season is new and teams can change…both for the good and the not so good…at the drop of a hat. The Broncos made notable improvements to their defense, while Seattle lost a few pieces, although I don’t think it’s had a significant impact so far. Adding intrigue to this game is the fact that the defending champions, as previously mentioned, were upset last week. Could they really lose two games in a row?? Is Denver as good as their 2-0 record indicates?? The revenge factor for the Broncos cannot be overlooked, but neither can the anger of the Seahawks after a tough loss. This is a hard game to figure out, but I’m going to roll the dice on Manning and go with the underdogs. Zach concurs. 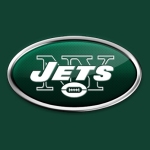 Sunday night and looked pretty good in doing it, especially in the 4th quarter. But let us not forget that they lost their season opener at home in three OTs to the Buffalo Bills. The Jets are 1-1 as well. So basically no one really knows what to expect in this game. New York gets the nominal home field advantage but I’m not sure that means much. This is the story of two quarterbacks. The Bears’ Jay Cutler is, in my opinion, overrated. The Jets’ Geno Smith…a former WV Mountaineer…has potential and occasionally shows flashes but has been disappointing to some. I look for this to be a defensive battle defined by turnovers and lots of smashmouth football. Which QB will make the least mistakes?? Which one will make a blunder at the worst possible time?? Whose running game will dominate?? This is the Monday night game so I suppose I’ll stay up past my bedtime to find out. In a flip of the proverbial coin I’m going with the Jets. Zach disagrees and is picking the Bears.