Ash Wednesday completely snuck up on me this year…came & went. I knew Easter was early (March 31), but I still wasn’t quite in that mode yet. To me Easter signifies spring, and since we just had a fairly significant snowfall here

in West Virginia a couple of weeks ago my brain is still in the midst of the winter doldrums. Unfortunately I did not make it to the always lovely Ash Wednesday service at church a few days ago due to some untimely mechanical difficulties, and I am a bit tardy in publishing the present discourse, but hey…it’s a long season so we’ll just go with it.

At any rate Ash Wednesday is the first day of Lent which is usually 40 days (give or take) before Easter. Ash Wednesday derives its name from the practice of placing ashes on the foreheads of adherents as a reminder and celebration of human mortality, and as a sign of mourning and repentance to God. Lent is a time of preparation that symbolizes Jesus’ time in the desert where he was

tempted by Satan (Matthew 4:1-11, Luke 4:1-13), the forty days & nights Moses spent on Mount Sinai receiving The Ten Commandments from God (Exodus 19:1-25), the forty years the Jewish nation spent wandering in the desert, and the forty days & nights rains fell upon the Earth while Noah & his family were in The Ark with all the animals (Genesis Chapters 6-9). Forty is a very important number in The Bible, used by God to represent a period of testing or judgment. To that end it is traditional for Christians to make a sacrifice during Lent, which usually entails giving up a certain vice or bad habit that may be hindering our relationship with God.

For many years I did not fully embrace Lent. Sure I would go to church and participate in all the ceremonies & rituals, which since I am a Methodist doesn’t really involve all that much. But as with many other churchgoers who simply go thru the motions it really didn’t hold any type of significance outside the walls of the physical church building. However, citizens of The Manoverse will recall that I have mentioned on multiple occasions in the past few years my desire for a deeper, more genuine relationship with my Lord & Savior Jesus Christ and know that there has been an ebb & flow of growth,

understanding, failure, and detours along the way. In 2010 I decided to make a true Lenten sacrifice, which meant giving up Facebook. And trust me…at the time it was a genuine hardship!! The following year I gave up fast food & chocolate. Again that may seem superficial to some, but honestly at that time those two things comprised the majority of my diet so it was difficult. In 2012 I was nearing the end of my year long sambatical from organized religion, a time that I regret but also appreciate because it was a necessary reset for many reasons. Since I wasn’t in church and still trying to sort some things out I didn’t choose any kind of sacrifice. I believe my running joke at the time was that I had given up church for Lent. Anyway, I returned to church right around Easter 2012  and have enjoyed the past 10 months or so.

In pondering potential sacrifices for 2013 God led me in a new direction. I am not exactly Mr. Excitement. My life is pretty basic and usually uneventful. That’s not a complaint because my lifestyle is a byproduct of my own choices, most of which I fully embrace or atleast no longer run away from. I didn’t want to make any kind of food sacrifice because I am already on a weight loss journey and have already lowered my intake of all those really good things that are bad for me. And there wasn’t really any other kind of sacrifice that seemed appropriate for a variety of reasons. As I pondered the issue I began to recall various things I have read and sermons I have heard wherein it was stated, in essence, that it is just as appropriate to add something for Lent as it is to give 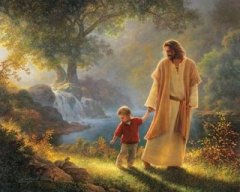 up something. The whole idea behind Lent is to acknowledge that we fall short in our relationship with God and draw closer to him. I have done a lot of re-evaluating in the past few years and have stated my displeasure on multiple occasions with the superficial nature of the modern church, and it seems to me that Lent has become a perfect example of the problem. The Lenten sacrifice…for most folks anyway…has become nothing more than a sequel to meaningless New Year’s resolutions. If quitting smoking, giving up chocolate, or reducing your intake of booze & caffeine helps you develop a more meaningful relationship with God then by all means go for it & don’t let me stop you. However, I suspect that such removals are…most of the time…simply hollow acts of self-righteous vanity in which we all try to top one another with the level of our “suffering”. No thanks…not this kid. I want my relationship with God and my Lord & Savior Jesus Christ to have more depth. Your mileage may vary.

Having said all that what I have decided to do is refocus myself in a more dedicated effort to cultivate my relationship with The Lord. I feel like such an endeavor is a more positive way to approach Lent and something that won’t just last 40 days. Now lest you think that statement is too general…too “big picture”…I think there is a way that I can fit the task into the more rudimentary, more tangible paradigm most identify with Lent. One of the ways that I can palpably grow both my relationship with The Lord and my own depth of knowledge & understanding of things more profound than General Hospital, Double Whoppers with cheese, and Judd Apatow movies is by reading, studying, & writing. Sometimes I think that God really does have a sense of humor, and I have to smile sheepishly when I realize that after commenting at the beginning of the year that “I have an increasing hunger to write” and that “inspiration flows more steadily” the past 6 weeks have not been nearly as productive as they should have been. Sure I write superficial little ditties now & then, and that’s not always a bad thing. But The Manofesto is meant to be more than that. A year ago I promised a book-by-book look at 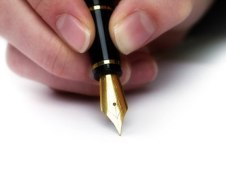 The Bible that I have yet to start. 31/2 years ago I started a series on The Fruits of the Spirit that is still incomplete. There are only nine of them for Pete’s sake…what is taking me so long?? Nearly three years ago I began a similar examination of The Sermon on the Mount that is still not finished. That is unacceptable. When I look at The Bookshelf section here and realize that I have only written 14 entries in four years I am ashamed. There was a time when I constantly had my head in a book. I don’t know what has happened as I have gotten older. There are dozens of books in The Bachelor Palace that I could write about and share my experience with The Manoverse. Therefore what I have decided to do for Lent is commit to adding atleast 6 entries each in both The Bookshelf and Values, Principles, & Truth sections here over the next 6 weeks. In practical terms that will naturally necessitate focusing my energy on reading & studying as opposed to wasting my time on more worthless pursuits. One of the  things I like about The Manofesto is that I feel a certain sense of accountability to the things that I publically proclaim, which is a good thing. I am not a disciplined person. I am single, which means I get up when I want, sleep when I want, eat what & when I want, and go where I want whenever I want to go. The only responsibilities I have are my job, my bills, & Rocco. While that freedom is kind of nice for the most part it also means that there is a tendency to become somewhat lazy & neglectful of other significant things. I want to use Lent as a launch pad to be more responsible to God, to the talents with which He has blessed me, and to the commitment I have made here at The Manofesto.

God bless you all and may you utilize this Lenten season to draw closer to God and improve your life as well.