Yes I watched The Oscars. What can I say…I was curious and

there was nothing else better to do. Host Seth McFarlane was far less profane than most anticipated, although I am not really sure how much vulgarity anyone expected him to get away with anyway. However, the whole show was kind of an odd & clunky mess. I liked the appearance by William Shatner’s Captain Kirk (although the skit went on far too long), wasn’t all that offended by that song about boobs, and reluctantly chuckled at McFarlane’s joke about John Wilkes Booth being the only actor who was ever really able to get inside President Lincoln’s head. Conversely there were jokes about Mel Gibson, Rihanna & Chris Brown, and George Clooney that probably sounded funny in rehearsal but fell flat live. I could have done without the appearance of Mee-shell Obama, who like her

husband seems a bit too enamored with the idea of being a celebrity & schmoozing with celebrities instead of actually governing. First ladies are supposed to be classy. None of the ones that I am familiar with from my lifetime…Pat Nixon, Betty Ford, Rosalyn Carter, Nancy Reagan, Barbara Bush, Hilary Clinton, & Laura Bush…would have appeared at The Academy Awards because they had more important things to do and weren’t narcissistic. Both Daniel Day-Lewis and Jennifer Lawrence were more than deserving of their awards. I have yet to see Best Picture winner Argo, but I’ll get around to renting it soon. It weirds me out a bit that Ben Affleck has now won two Oscars. Meanwhile Matt Damon is performing voiceover work for TV commercials and doing bits on the Jimmy Kimmel late night show. Yikes. Overall I think that McFarlane was a lot better than previous hosts like Whoopi Goldberg,

Ann Hathaway & James Franco, and Chris Rock, but it seemed like he was trying very hard to capture that Billy Crystal vibe and failed in the same way that Coke Zero tries to convince us that it tastes exactly like Coca-Cola but just doesn’t. Here’s my idea. Crystal is only 64 years old. Give him a 10 year contract and make him the “permanent’ host of The Academy Awards. After 10 years we will be sick of even him and might be a little more receptive to a fresh face. Oh, and I would also seriously pare down the number of awards handed out during the televised ceremony. No one gives a damn about sound editing, visual effects, hair & makeup, or costume design. There is absolutely no reason why the entire show can’t easily be done in 3 hours.

I’ve been pondering this Mindy McCready story that has gotten so much media play the past few weeks. McCready of course is the erstwhile country singer that recently ended her own life, leaving behind two small children. There are just so many things involved…so many directions one can go in pontificating on the situation. I’m not a big country music fan, but I vaguely recall McCready’s brief time in the spotlight in the late 90’s. She had a decent song or two, dated the dude who played Superman on TV, and was a hot blonde. I won’t even pretend to understand either depression or drug addiction. I’ve known a couple of people who were addicted to alcohol and/or drugs, and I have a couple of friends with clinical depression who have attempted suicide. I get down in the dumps sometimes and wish my life was more interesting, that my love life was awesome, that I was more successful & financially secure…but I can honestly say that I have never seriously contemplated ending my own life. However, I will not criticize those who walk thru such valleys. Afterall, there but for the grace of God go I. Having said that though, there are a few things about the McCready case that are instructive. First of all, though she was little more than a flash in the pan on the music scene, McCready was still…in the loosest sense of the term…a celebrity. She had talent, beauty, fame, and atleast at some point money. Yet at the end of the day none of it mattered. Secondly, a common thing that I seem to read or hear when something like this happens is that she left behind two children which makes her suicide a selfish act. I certainly understand that point of view, but my (as usual) superficial research reveals an interesting perspective. Many people who commit suicide feel, in the depths of their despair, like their act is actually altruistic…that they are doing those left behind a favor, even if that includes small children. I may not be able to relate to that point of view, but I do understand it on some level. And speaking of loosely defined celebrities, McCready appeared on a “reality” show in 2010 called Celebrity Rehab, hosted by Dr. Drew

Pinsky. Citizens of the Manoverse know my aversion to reality television, but even within that pathetic genre this show really scrapes the bottom of the barrel. I think it is sad that such a show even exists to exploit the problems of semi-famous people who are obviously desperate for any outlet that will get them back in the spotlight and maybe reinvigorate their bank accounts. Dr. Drew is one of those celebrity doctors, like Dr. Phil, Dr. Oz, & Dr. Ruth, who seems more interested in being a TV star than an actual doctor. Call me old-fashioned, but I think peoples’ problems & issues are in the same category with acts of charity & altruism…they should be on the down low and dealt with behind closed doors, not out in the open in some wretched attempt to gain notoriety. In five years of the show 5 former cast members have died, so whatever Dr. Drew is doing doesn’t seem to be working. And finally, before McCready offed herself she shot her dog. That’s right…she killed an innocent pet. I have to be honest…that’s the one thing about the whole story that I really have a hard time understanding on any level. I love my dog, and if anything would happen to me I know he’d be confused & sad, but someone somewhere would take him in and provide a good home for him. I cannot imagine being so sick in the head as to actually put a bullet thru an innocent animal. But of course as I’ve already stated, there is nothing about any of this is that I can really relate to.

His Lordship the Imperial Mayor of NY City is at it again. Or maybe people are just now beginning to realize the full extent of his assclownery. It seems that it has become clear to restaurant & club owners in The Big Apple that, as a result of Mayor Bloomberg’s well documented ban on anything bigger than 16 oz containers of sugary drinks, pizza joints will no longer be allowed to deliver 2 liters of soda pop and families will no longer be able to share a pitcher of cola at a local restaurant. Of course that same family could still legally share a pitcher of beer, which seems a little odd.

If my calculations are correct Bloomberg’s 3rd & final term (which he got only thru political chicanery) ends this November and it will be interesting to see if New Yorkers elect someone with the cahones to reverse all of Bloomberg’s stupidity and restore freedom to the people, or if they will be foolish enough to choose yet another dictator who will continue the silliness.

We began with actors so we’ll finish with them. With his 3rd Best Actor Oscar Daniel Day-Lewis is now being lauded by some as the best actor in the history of

acting. I just can’t bring myself to go there quite yet, but it is an interesting debate. Other names I’ve seen thrown into the argument include Robert DeNiro, Jack Nicholson, Spencer Tracy, Dustin Hoffman, Marlon Brando, Richard Burton, and Sir Laurence Olivier. I’d also suggest the likes of Al Pacino, James Stewart, and Tom Hanks. I love discussions like this because there is no wrong answer. It all 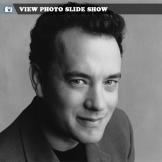 comes down to personal taste and the kinds of movies these guys make. The reason I like DeNiro, Pacino, Stewart, and Hanks better than

Nicholson , Day-Lewis, & Burton is because I would rather watch The Godfather, It’s A Wonderful Life, Forrest Gump, & Meet the Parents than The Departed, There Will Be Blood, or Cleopatra. Your mileage may vary and that’s okay.