The recent tragic death of alleged singer Amy Winehouse elicited a variety of reactions from the masses, from sadness & regret to complete unsurprise and “I’m shocked it didn’t happen sooner.” Here at The Manofesto, where we are only interested in quality music, it served to get the creative juices flowing as I began to wonder “Who’s next??” Now these things tend to happen in threes, so another celebrity or two may kick it before this is even published, but I thought it would be interesting in a macabre, dark comedy, Stanley Kubrick/Tim Burton sort of way to ponder the possibilities. I do want to make a few things clear. First of all, I am in no way wishing harm on these individuals. I am not like that, no matter what kind of smart ass remarks I may make. I was recently accused of being like a member of the Westboro Baptist Church and it royally pissed me off because anyone who has known me for any length of time (like 20 years for example) should know better. Secondly, even though I am calling this piece Death Watch 2012 it goes into effect now, just past the halfway point of 2011. Also, as always…please…no wagering. I don’t condone gambling and do not claim to have any particular aptitude for the prognostication arts. And finally, there are two names you will not be seeing on this list: Lindsay Lohan & Charlie Sheen. That’s like predicting water is wet or a Michael Bay movie will have explosions & special effects. I can do better. So with tongue planted firmly in cheek (kind of), I give you…..

from the home office in Tombstone, AZ (where it is currently a balmy 153 degrees)…..

Just about one month from now Jerry will host his final Labor Day Telethon for the Muscular Dystrophy Association, something to which he has dedicated his life for over a half century. Not to

mention that the traditional 20+ hour telethon is being cut down to a one night, 6 hour prime time special, which pretty much removes any sort of singularity it had anyway. My Dad’s name is Jerry and I am “physically challenged”, nee crippled if you prefer, so I always flippantly have said I really am one of Jerry’s Kids. Jerry (Lewis…not my Dad) is 85 years old and has battled a variety of health problems such as multiple heart attacks, diabetes, and prostate cancer so I am not exactly going out on a limb here.

For those that may be confused at this moment, yes, Abe Vigoda, at present, is still alive. He has only looked like a corpse since the 80’s. We know & love him from his roles in The Godfather as caporegime Sal Tessio and in the 70’s cop sitcom Barney Miller as Sgt. Fish. In recent years he has made a variety of appearances on talk shows & sitcoms and in commercials. I always find it remarkable when a 90 year old person does anything more than make it out of bed in the morning, so kudos to ol’ Abe.

My first roll of the dice. I am a huge Van Halen fan. It doesn’t matter to me who the lead singer is…David Lee Roth, Sammy Hagar, even Gary Cherone wasn’t that bad. Van Halen is real rock n’ roll. Alex Van Halen may be the best drummer in the history of music, and it is my contention…with all due respect to Eric Clapton, Jimi Hendrix, BB King, Stevie Ray Vaughn, Carlos Santana, Buddy Guy, and a host of other legendary axe men…that Eddie Van Halen is the best guitarist that has ever lived. However, it is undeniable that Ed is also a wee bit unstable. He has feuded with both Roth and Hagar, 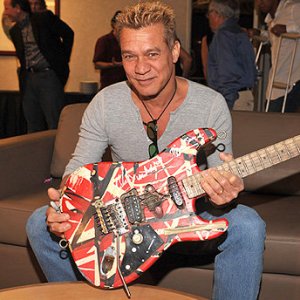 and a few years ago threw long time bassist Michael Anthony out of the band. Most of EVH’s issues have been due to rampant drug & alcohol abuse, and he has been in & out of rehab even more than Lindsay Lohan. In addition he has had a host of physical issues, had a hip replaced, and battled cancer. Eddie may only be 60 years old, but he has packed about 95 years into those six decades. Supposedly the band (with Roth as the front man) is working on a new album, which I hope is true. I want Van Halen to continue kicking ass until I’m in my 60’s…but I wouldn’t put any money on that happening.

Well…I had to throw a former President in here, and there are only 4 to choose from. The smarter pick may be George H.W. Bush, but I’m going with the peanut farmer from Georgia. He is nearly 87 years old and probably a skosh too active for a man that age, flying to all corners of the globe as an emissary for the United States to bring peace, love, and stagflation to the world. Come on Jimmy…let Bill Clinton do that stuff now. There are still nations in which he hasn’t received extramarital oral sex yet.

I don’t like rap. I don’t consider it music. I probably couldn’t name more than 3 rappers if my life depended on it. But it certainly isn’t beyond the realm of comprehension to assume that some quasi- 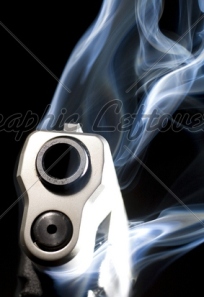 famous rapper will bite it in a drive-by in the coming months, boosting his album sales beyond anything they were when the dude was alive.

Boooo. Okay okay…I know I’m going to get pummeled for this one. But think about it for a minute. Who has enjoyed a bigger career renaissance over the last few years?? While the other Golden Girls…Bea Arthur, Rue McClanahan, & Estelle Getty…have all died in relative obscurity in recent years Betty White would be going out on top.

was a smart move because I am guessing that if she would have married Daly she wouldn’t be alive to be on this list, she would have offed herself years ago. At any rate, Reid kind of flies under the radar because she isn’t quite as flamboyant in her partying as some of young Hollywood, but she is known to still be out & about and on the scene. I am 38 years old and I can say with certainty that if I were still out doing the things I did when I was 19 I would either be dead or atleast feel like I was, so if 35 year old Tara Reid is trying to keep up with her 20-something counterparts it could be a huge mistake.