Happy Halloween Manoverse!! My trick-or-treating days are way way way in the rear view mirror, and since I have no children of 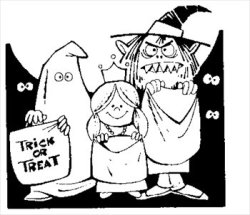 my own and no crumb crunchers will be visiting the ol’ Bachelor Palace I’ll be spending the evening with Boris Karloff, Abbott & Costello, and Washington Irving. However, y’all know that I have an active sweet tooth and never pass up an opportunity to discuss junk food. Candy Corn seems to receive a lot of unnecessary wrath this time of year, and I recently remarked to a friend of mine that I could easily name a dozen sweet treats which I find much more revolting. That set the wheels in motion, and the result is what follows. So sit back, relax, and prepare to edit your shopping list for tomorrow’s discount candy binge, as I present…..

from the home office in Hershey, PA…..

Whoppers come in at #7 because they do actually contain chocolate, which is a good thing. However, it’s what is underneath those little chocolate balls that I can’t get past. Malted milk?? What in the world is malted milk?? Well…apparently it is “a powdered gruel made from a mixture of malted barley, wheat flour, and evaporated whole milk” originally developed as “an improved, wheat- and malt-based nutritional supplement for infants”. So basically Whoppers are chocolate covered oatmeal. No thanks.

I’ve always been confused by Tootsie Rolls. Is it caramel?? Is it chocolate?? I guess it’s chocolate caramel?? I don’t know. The candy’s creator named it after his daughter, whose nickname was Tootsie. That’s nice, but I still can’t get into it. Given a choice I’d pick candy corn every time.

I am a big fan of chewing gum, but I cannot stand the taste of bubble gum. That’s probably why I never learned to blow bubbles. Also, if you’re going to turn on your porch light and welcome the neighborhood youngsters at the door let’s not be cheap. Handing out bubble gum is about a half step above those evildoers who kept giving Charlie Brown rocks.

Much like Tootsie Rolls I am a bit flummoxed by these two, and just like Whoppers yummy chocolate on the outside masks the insidious 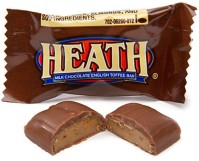 the surface. What is underneath that chocolate is toffee, a concoction “made by caramelizing sugar or molasses (creating inverted sugar) along with butter, and occasionally flour. The mixture is heated until its temperature reaches the hard crack stage of 149 to 154 °C (300 to 310 °F)”. It’s that hard crack stage that I want to focus on. I bet if we did some market research we’d find out that Halloween distribution of Heath Bars and Skor is part of a sinister plot from Big Dental. I realize that eating enough sugary snacks will increase the bottom line for dentists everywhere over the course of time, but hey, why not hasten the process and force the rugrats to come in for a visit to get that cracked tooth repaired, right??

Licorice seems to be an all or nothing proposition. Either you love it or hate it. Whether it’s Twizzlers, Red Vines, or any other brand, I fall into the latter category. Once again, I’ll take candy corn every single time.

You know what I’m talking about. There are a hundred different brands out there. Jujubes. Sour Patch Kids. Dots. Mike & Ike. AirHeads. Swedish Fish. They tend to be fruit flavored and have a weird, gelatinous, jelly-esque consistency, which I find rather gross. The only place I ever see them prominently displayed is at the movie theater concession stand. I suppose there are some folks that buy them, but I’m not sure I could be friends with or ever truly trust such individuals.

Here we have a two sides of the same coin situation, with the common thread being there isn’t a speck of chocolate anywhere in sight. This is a movie theater’s version

of counter-programming. Y’all know how at Christmastime, while other TV channels are airing non-stop Christmas movies, there is always one station that does a John Wayne marathon?? While most of polite & intelligent society is spending their candy money on a wide variety of chocolate bars, there are a handful of savages who go in the opposite direction and choose to consume stuff like Good & Plenty, Warheads, Nerds, Skittles, Lemonheads, SweeTarts, Smarties, & Runts. Those people aren’t normal, and I bet they’re the ones who commit most of the violent crimes in our country.