I never thought we’d be playing BINGO (so to speak) again in this space quite so soon, but inspiration strikes in the oddest places at the strangest times. I saw this meme on Facebook, and since I have a platform that many others don’t I decided it would be fun to provide context that social media just doesn’t allow.

I think I’ve gone thru all the stages of grief during this quarantine, though probably not in the correct order. Presently I bounce back & forth between acceptance & anger. In my more accepting moments I figure that I may as well be productive and achieve a few things while all of life’s other distractions are on hiatus, but then my lifelong & overwhelming tendency toward procrastination kicks in, so honestly I haven’t gotten as much done in the past few weeks as one may presume.

Shopped Online – Yes, but mostly for my father. Dad doesn’t have a computer and watches way too much TV, so I’ve ordered quite a few things for him on Amazon lately, from copper gloves for his arthritis to a boombox (Dad still has CDs) to country music that I’d never listen to myself.

Listened to a Podcast – I’ve been telling myself for the past year that I am going to get into podcasts, but I just can’t do it. I have no idea why.

Ordered Takeout – Thankfully one of the few things that haven’t shut down are restaurants…atleast not most of them. Not only that, but sit

down restaurants are offering curbside service, meaning I don’t even need to drag my big ol’ butt or my wheelchair out of the vehicle. The only thing stopping me from eating out every single night is a tight budget and a desire to shed a few pounds. I’ve been taking one of my neighbors along once or twice a week, more as an excuse to get out of my apartment and enjoy the sunshine than anything else. Food is just an added benefit.

Binge Watched TV – I never watched NBC’s The Office when it originally aired from 2005-13. I have no idea why,

because it is hysterically funny. Perhaps it was divine intervention. God knew I’d need a pleasant distraction during this mess, and I’m so thankful for it. I am currently in Season 6, and already have a few ideas about what I want to watch next. And just in case you are curious…no, I haven’t watched Tiger King. Under normal circumstances it just wouldn’t be my thing, but now…who knows?? I’m not normally one to follow the crowd, but I may eventually check it out.

Braved the Grocery Store – Yes. At first I wasn’t the least bit concerned, and since the opportunities for human interaction

are so limited I hit WalMart, Kroger, & Price Cutter all within a couple of weeks. However, the last time I was in WalMart folks were walking around with masks & gloves, which kind of freaked me out. Then all the stores began limiting the number of customers and enacted other restrictive (but understandable) protocols, so now it’s just not worth the hassle. I’ll just go back to the pickup option where they bring everything out to your vehicle after you’ve shopped online, which is how I’d been grocery shopping the past few years anyway.

Went for a Walk – No. Well first of all I can’t walk, so there’s that. Could I go for a…stroll?? Ehhh…not really. I live in the city and accessibility is an issue. I’d be better off if I could get some exercise though.

Home Schooled – No. I’m not a student and I have no children. Kudos to all the parents out there that are dealing with all of that.

Shared a Toilet Paper Meme – Yes, absolutely. One of the few bright spots in all of this have been the memes. I lean toward posting amusing content on social media anyway, and especially now I think we all could use a good laugh as much as possible.

Worked from Home – Sadly, no. I work in reception at a local hospital, and when all of this first started my boss was concerned that the place could be locked down at 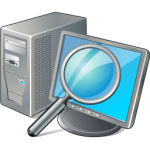 any moment, meaning employees could conceivably be forced to stay there for an extended period of time. Due to my disability that would be an untenable situation, so we mutually agreed that I’d take some time off. I no longer believe that such a lockdown will happen, but I understand that they want to have a skeleton crew there as much as possible, and with no visitors allowed into the facility I’m not really needed right now. Part of me feels bad about that, but intellectually I know it’s the safer option.

Did Yard Work – No. I live in an apartment building. I don’t do yard work.

Drank Wine – I’ve never been a fan of wine. Grapes don’t like me anyway. I have considered buying some beer and

hearkening back to my college days by just getting plastered, but I’ve not given into that temptation. I watch these really fun videos online from The Tipsy Bartender, so I have pondered the idea of heading to the local liquor store (which has a drive thru) and making some cocktails at home, but I haven’t done that either.

Read an Entire Book – Surprisingly…no. I have plenty of options on hand, but the truth is that I don’t read as much as I

used to or as often as I should. There is one book that I’ve made it a goal to complete soon, and when I do you’ll real all about it right here.

I think this is a good place to take a break. Stay tuned for the exciting conclusion!!