What would you do if you were stuck in one place and every day was exactly the same, and nothing that you did mattered? – Groundhog Day

In the spring of 2006 I landed in the hospital with an ulcer on my tailbone. After six months in a “skilled” nursing facility and over a year homebound I finally had the surgery that should have been done much earlier, so by the time I recovered and got back out & about a full two years of my life had passed by. Longtime citizens of The Manoverse will recall previous mentions of what I refer to as My Unfortunate Incarceration, but I bring it up again because I feel like it prepared me for our current situation.

I’ll be honest…at first I didn’t take the Coronavirus/Covid-19 seriously. We have these little plagues occasionally, right?? H1N1. SARS. Ebola. Zika. Not to be flippant, but unless you or someone you love is directly affected most of us carry on with our lives and don’t give it much thought. There is normalcy outside of the infected bubble. But not this time. In the past few weeks I temporarily lost my job, live sports have totally disappeared from the landscape, toilet paper has become a valuable commodity, folks are walking around grocery stores wearing masks & gloves, every kid is being homeschooled, no one can gather together in a restaurant for a meal or at a music venue for a show, we are being bombarded with constant admonitions to wash our hands, and social distancing has become the most unlikely of buzz words. Our nation has practically shut down.

Having said all of that, I refuse to get dragged down into a depression. I will not allow myself to wallow in the doom & gloom that is being promoted…almost gleefully…by the media. There is a fine line between staying informed and crawling up into the fetal position in a corner. Instead, I am choosing to look ahead.

When I was in the “skilled” nursing facility my father would visit every single evening, and something he told me constantly was “Son, just remember the difference between you and almost everybody else here: eventually you’re going to get out of here, go home, & resume a normal life”. And you know what?? He was right. I did leave that facility after six incredibly tough months. Sure, I was homebound for an entire year, with my only outing being the occasional doctor’s appointment, but atleast it was a step forward. Then, after recovering from my surgery, I began driving again, started a new job, and got back to my boring little life. However, what I discovered was that it wasn’t quite as mundane anymore.

After being locked up…so to speak…for two years little things meant a lot. Running into old friends at the mall. Seeing a movie at the theater. Eating at a favorite restaurant. In other words, all the things that we are being deprived of during this virus quarantine. It may be a month. It may be two months. It may be longer. I don’t know. But eventually we can all get back to our routine, only that sense of normalcy won’t be taken for granted…I hope.

I hope that we retain a robust admiration for our “essential” workers. Truckers. The food service industry. Anyone who works in any capacity in healthcare, from doctors & nurses to aides to janitorial crews. I actually am employed at a hospital, but for a variety of reasons I won’t bore y’all with I’m not currently working, and to be honest I feel a sense of guilt about that. A big part of me would rather be on the front lines with my colleagues than holed up at home, even though I know I am safer not being at work.

I hope churches are packed when this thing ends. I haven’t been to church myself in a couple of years because of my job, but I need to find a way around that. Church folks will tell you that the church isn’t a building, and that’s true. Ministers have found some creative ways to reach out in recent weeks, presenting the Word of God online in various formats. That’s fantastic, but we also know that The Bible tells us in Matthew 18:20 that “where two or three are gathered together in My name, I am there in the midst of them.” That doesn’t mean that God isn’t with you while you are “social distancing”, but it does speak to the value of fellowship. In the meantime, the current circumstance does provide a unique opportunity to read The Bible more than usual and spend some quiet one-on-one prayer time with The Lord.

I hope we learn a healthy gratitude for just how good we have it. An old friend of mine once observed that I “basically live in a library” because the walls of

my apartment are lined with books. On top of that I just bought a brand new TV back on Black Friday and have access to Netflix and whatever else is available. Youngsters today probably take The Internet for granted, but I am old enough to remember life before it existed, and I am so glad it is an available & useful distraction right now. More than a decade ago I spent two years having to find ways to entertain myself, keep my mind sharp, and stay engaged in the world. I did it then, and it’s much easier now. I have listened to music more in the past few weeks than I had for a long time, and it is the best therapy on the planet.

I hope everyone retains a vigorous sense of humor. It has been difficult to converse with some lately, the kind of people who lean toward the negative and watch too much CNN & MSNBC, regurgitating morose talking points. I am not suggesting that we should bury our heads in the sand and not be knowledgeable about what’s going on in the world, but there is a fine line between staying informed and becoming mired in pessimism. I don’t feel like I have anything too significant to offer the world, but a small contribution I can make is to keep things light & fun. One of the few good things to come out of all of this has been the hilarious memes & really creative parody songs, and I have made it a point to post positive, fun, uplifting things on social media. If something like that can put a smile on just one person’s face or even make them literally laugh out loud then it’s a good thing. That doesn’t mean I or anyone else is unaware of what’s going on or that we don’t care about people becoming ill & dying. Trust me…I am very mindful of the gravity of the situation…it’s just that I am making a conscious choice to not add to the melancholy.

I hope we have just a bit more appreciation for the fun little excursions we think the world owes us. I am a diehard sports fan, and to see things like March 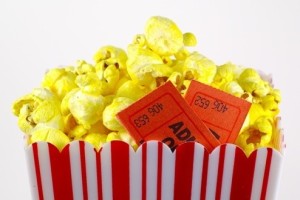 Madness, the NBA, MLB, & NHL seasons, The Masters, and Nascar races postponed or cancelled has been excruciating. And while many restaurants have remained open because…well, we gotta eat, right??…they are limited to drive thru & carry out service. How great will it be…when this whole deal is over…to sit down with a good meal, maybe flirt a little bit with a cute waitress, and run into old acquaintances we haven’t seen for awhile?? There is an old refurbished theater just down the road here that just re-opened a couple of years ago after being empty & neglected for decades. I’ve spent some enjoyable evenings there with old movies, Jay Leno, Travis Tritt, and even the Tony Award winning play Once. I always run into a few people I know. There may not be long & meaningful conversations, but there are smiles, waves, handshakes, & the occasional embrace. I look forward to all of that when this darkness is over.

I hope parents have a new respect for the people educating their kids. I do not have children, and one of the debates I’ve been having with myself is whether or not I’m better off. Is it better to go thru this challenging time a little bored & lonely, or would I prefer to have a house full of little ones that I’d be responsible for home schooling and helping to make sense of the craziness?? Kudos to all the Moms & Dads out there trying to make all of this okay for their progeny, and a tip of the cap to anyone who works in education and prepares the next generation for their future.

I hope we all learn to appreciate our jobs just a bit more. We all have bad days. Sometimes things just don’t go right and people simply tick us off for no

reason. That’s okay…we’re human. Everyone hates their job sometimes and wishes they could just retire & go hang out on the beach. However, the truth is that most of us desire to be productive and contribute in some way to society. We need a reason to get out of bed in the morning, and obviously many people have families to provide for and bills to pay. My heart hurts to think of the economic impact of this quarantine…the small businesses that may never re-open & the massive job losses. Even those who are still working right now have seen their daily routine changed, whether that means working remotely from home, taking extra precautions at “essential” businesses, or other new protocols that are far from the norm. Perhaps when things get back to the way they used to be we can all try to not complain as often and maybe even enjoy being at work as much as possible.

Is it all just wishful thinking?? Am I being whimsically optimistic?? Author Oscar Wilde once said that “we are all in the gutter, but some of us are looking at the stars”. Your mileage may vary, and that’s okay. Is the glass half full or half empty?? The answer lies in one’s perspective, and I just happen to believe that a waiter with a pitcher will be along shortly to give me a refill…hopefully in a crowded restaurant chock-full of friends, family, and beautiful single women that I can flirt with & be rejected by, as has been the status quo for my entire life.