You may have heard about Operation Varsity Blues, the cheating scandal that’s been in the news lately in which dozens of well-to-do parents are charged with bribing ostensibly prestigious universities to admit their children. Two relatively prominent names associated with the situation are actresses Lori Loughlin (most famous for her role as Aunt Becky on Full House) & Felicity Huffman (formerly on Desperate Housewives & wife of more accomplished actor William H. Macy). I saw a post on Twitter about it and couldn’t help but be mildly bemused. The Tweeter opined that “I don’t understand why everyone’s so appalled with Lori Loughlin & Felicity Huffman. If my child was average at best and I had $$ to throw at a brand name college to give her that advantage in life, I absolutely would. So would 95% of parents. Sure it was shady but who cares?? Maybe redirect your moral compass towards more pressing world issues.” A few thoughts. First, I am constantly flummoxed by liberal hypocrisy. They hate “rich people”…unless they’re liberal actors/athletes/singers. This kind of rampant cheating, in which wealthy & influential individuals used their affluence to screw more deserving students out of an earned spot, should be prime soap box fodder for self-righteous libs. You can damn sure bet that if the culprits were well-known Republicans the liberal crusaders would be apoplectic, but because the two most notable names (thus far) are actresses from well-regarded TV shows it isn’t a “pressing world issue”. Secondly, the most amusing thing to come from all of this (thus far) is the fact that one of Loughlin’s daughters is the worst kind of Millenial stereotype…a vapid

“Instagram influencer” (whatever the hell that is) who has admitted that she has zero interest in higher education outside of partying & football games. Yeah Mom & Dad…money well spent there lol. I am also blown away by the idea that anyone would spend hundreds of thousands of dollars to get their kid into any non-Ivy League college, because everyone one of a certain age knows that in the grand scheme of life it really doesn’t matter, and the youngsters involved in this thing don’t actually need a degree anyway, right?? If the family is that prosperous & well connected and the offspring are really pretty they’re all set…no need for a college degree, and it is certainly unnecessary to spend so much money or risk legal consequences. The whole thing is just stupid. But somehow…just as with the illegal immigration debate…those of us who believe in the rule of law & doing things the right way are the ones with a misguided “moral compass”. Uh-huh.

Everyone is familiar with the old axiom “you are what you eat”, but I think we can extend that logic further because there are much more influential things 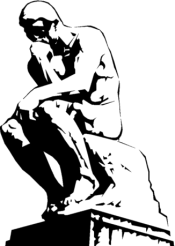 than food. Perhaps it would be more appropriately stated “you are what you consume”. What kind of books do you read?? What kind of movies & television programs do you watch?? What kind of music do you listen to?? What kinds of people do you associate with?? How do you spend your spare time?? No one is saying that watching the occasional silly movie or engaging in meaningless frivolity makes a person lazy or stupid, just as becoming knowledgeable about specific topics doesn’t mean that a person is wise, kind, or generous. However, in general think it is a good idea to understand how what we consume can impact…positively & negatively…our lives.

There is a lot of chatter these days about Democrats pushing the ideas if a) eliminating the Electoral College, b) “packing” The Supreme Court with more

than nine justices, & c) lowering the voting age to 16. Oh dear Lord…give me strength. Where shall I begin?? First of all, it is true that The Constitution does not specify the number of judges to be seated on The Supreme Court, and its size grew from six to ten at various times throughout the 19th century as the country expanded. However, since 1869 The Court has had nine justices. FDR attempted a “packing” maneuver in 1937, wanting the number of judges to grow to 15, but Congress shut him down (it all worked out okay for Roosevelt…he got his New Deal anyway). Isn’t it odd how nine justices has been just dandy for 150 years, but with The Court now leaning ever so slightly to the right & the very real possibility that a Republican President could have up to five more years to appoint another judge or two or three all the sudden Democrats think The Court needs to expand?? Secondly, the voting age was understandably lowered in the 1970’s from 21 to 18 because if folks were old enough to be drafted into military service then they should have the right to vote. However, a lot has changed in the ensuing years. For one thing, there is no draft anymore, so that logic isn’t applicable. My own personal opinion?? I would love to see the voting age raised back to 21…or maybe even 25. I don’t believe that young adults are…in general…nearly as mature or well-informed as they were fifty years ago. To be honest, I like the idea of passing a civics test as a requirement to earn the right to vote, but realize that’ll never fly so the best thing would be to keep the status quo. There is no way on God’s green Earth 16 year olds should ever be allowed to vote. I don’t even think they should be allowed to drive. I’d raise that age to 18 or 21 as well, but that’s a discussion for another day. And the big one…the Electoral College. This topic really gets me revved up. Unlike the size of The Supreme Court or a specific voting age, which aren’t detailed in The Constitution therefore opening windows for debate, the Electoral College is specifically written about. Why do 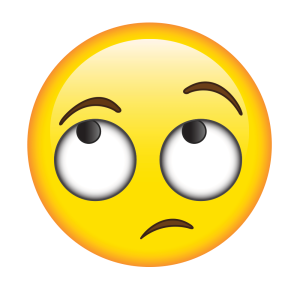 Democrats despise The Constitution?? They’ve been hellbent on altering & eventually eliminating The Second Amendment for decades, and now, when a Presidential election doesn’t go their way they throw a temper tantrum. It’s like dealing with millions of apoplectic two year olds who haven’t had their naps. They need to get this thru their thick heads…the cultural elites in New York, Los Angeles, & Chicago do not speak for the rest of America. Just because you can pack a bunch of people into a few metropolitan areas doesn’t mean you make the rules. This isn’t grade school where a big mean kid can push around all the smaller children. I am reminded of a scene toward the end of Star Wars: Revenge of the Sith when Anakin Skywalker turns to The Dark Side and murders a group of younglings. The United States is not a democracy, it is a republic, which means that we have a Constitution that guarantees inalienable rights that cannot be taken away by the government & protects the minority from being abused by the majority.