One of the reasons we generally avoid picking Thursday games is because it seems like anytime we do I end up having a crazy week and it becomes challenging to get what you read here finished before kickoff. Today is no exception, so this is going to be quick & dirty. Last week Zach (3-2) and myself (2-3) had yet another average, unspectacular week. We’ll try to do better…but no one should hold their breath.

I never would have dreamed a few months ago that this game might actually be…noteworthy. However, with the 7-1 Bulldogs still hanging on the fringes of the playoff conversation and the Wildcats residing in the Top 10 with the same record it has become kind of a big deal. And let’s not forget that the winner takes control of their destiny as far as earning a spot in the SEC title game. I really want to pick Kentucky…but I just can’t. The pedigree isn’t there. Georgia has much more experience in big games and I think that makes the difference. Zach is a little nervous about the points but feels like Georgia is back on track and Kentucky’s luck will run out.

I almost put A&M in my pre-season poll, but I hesitated because I thought it might take Jimbo Fisher a year or two to get things going. They’ve 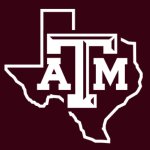 done slightly better than I expected but still aren’t a threat to win the conference…yet. It’s funny how perception factors into situations, because Auburn has the same 5-3 record as the Aggies but their season feels like it’s gone completely off the rails, and they could lose two or three more games. Having said that, the Tigers have the home field this weekend and that’s enough for me. Conversely, Zach thinks the coach’s seat at Auburn might be getting a bit warm and believes Fisher has A&M headed in the right direction.

Don’t be surprised if it’s one of the better games on Saturday. The Wildcats are riding a four game win streak and are one of the oddest conundrums in college football. How does a team beat Purdue, Michigan St., & Wisconsin but lose to Akron & Duke?? Perhaps they play to the level of their opponent?? Conversely, the undefeated Irish are solid playoff contenders…but is this a trap game?? I think it just might be. Zach has slowly come around to believing Notre Dame is for real, but he thinks Northwestern will have the bigger pot o’ gold at the end of Saturday’s rainbow.

Could there actually be some offense in this game?? Might both teams get into double digits?? Let’s hope so. Okay okay…I’m being a bit unfair. Everyone remembers

the defensive snoozefest in 2011 that ended with a score of 9-6 and the 10-0 game in 2016, but the truth is that the score tends to be more of a 20-ish to 17-ish kind of deal. Both teams are in the playoff at the moment, and let’s face it…even with a loss ‘Bama will still be in the Final Four. Hell, they could probably lose a couple of games and the powers-that-be would find a way to put them in the playoff, which is why I find the Tide painfully tedious. LSU has been a bit of a surprise since I didn’t expect them to be quite so good this season, but I’ve been wrong about most everything else so why not. This feels like much more of a must-win for the Tigers, plus they have a formidable home field. Zach feels like LSU has battled thru adversity thus far while ‘Bama hasn’t faced a formidable challenge until now. He foresees another defensive struggle, with the Tide coming out on top…but not covering the points.

Chronologically this game is actually first on the docket, as it is the NFL’s Thursday night matchup, and I’m not sure why we decided to include

it. Oakland is 1-6 and going nowhere fast. The most entertaining part of their season has been waiting to see who Crazy Jon Gruden will trade next. I’m happy he’s not on TV anymore, but feel sorry for the folks in Oakland. The Raiders will be relocating to Vegas in the not-so-distant future and it’s sad that they’re legacy of success in Oakland is being tarnished. The 49ers might have been one of the better teams in the NFL if injuries hadn’t derailed their season, but at 1-7 all of the positive hype from the summer has disappeared into the ether. ‘Frisco feels like much less of a trainwreck than Oakland, and they have the home field, so that’s good enough for me. Zach, on the other hand, believes in Gruden.