I am not a person that breathlessly awaits autumn so that I can celebrate any & all pumpkin products. It’s not that I’m anti-pumpkin as much as I just really don’t care one way or another. Having said that, I must observe that a great byproduct of the fall pumpkin craze is that many such treats…pumpkin rolls, cakes, cookies…also include cream cheese frosting, and that’s a development I’m willing to enthusiastically support. 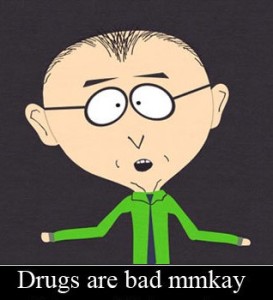 I’ve been quite fortunate that the drug epidemic hasn’t directly affected me. Neither I nor any close family or friends has gotten caught up in the scourge of drugs. My state and the town in which I live has been significantly impacted and I’ve heard about friends of friends and casual acquaintances that are addicted, but the problem didn’t have a noteworthy consequence my life at all until recently when a person in my orbit who had the potential to become a good friend reached a fork in the road. They had an opportunity to escape their situation and start over, but I guess it was just too hard. After a breakup that lasted about a week they chose the less challenging path, going back into a codependent relationship where the addiction is encouraged and even shared. Rather than doing the hard work of getting their life together and overcoming various obstacles they elected to return to a dysfunctional cocoon where they can sit around popping pills & smoking a bong while someone else pays the bills. The last conversation I had with this person is when they drunkenly messaged me asking if I had any narcotics. That’s not how I roll, so of course I said no and haven’t heard from them since. I am not angry…I’m just profoundly sad to see such potential wasted.

because it may be one of the most well-written & performed television shows I’ve ever watched, and so of course I tuned in to the recent season premiere. I like to peruse social media after each episode to see what others are saying about the latest plot twist or big reveal, but the reaction to Episode 1 of Season 3 had me befuddled. The show’s theme was about miracles & fate, how sometimes the ball bounces our way and sometimes it doesn’t. The Pearson family lives in Pittsburgh and are big Steeler fans, so the premiere used Franco Harris’ Immaculate Reception as a framing device. I thought the premise was easily understood and made for a brilliant hour of television…until I saw no shortage of comments wondering who “that football player’ was and if he may be related to a character on the show. What?!?!?? Really?!?!?? My mind was blown! Am I really that old?? Are people actually that clueless & out of touch??

The last time we got together for an episode of PoP I opined that President Trump’s nomination of Brett Kavanaugh to The Supreme Court “isn’t as much of a home run as it is a ground rule double”. I believed the fact that Trump could’ve selected a more hardcore conservative meant the path for Kavanaugh would be fairly smooth. Obviously I was wrong. I’ve debated the idea of writing a standalone tirade about the farce that the Kavanaugh proceedings have become, their connection to the #MeToo rubbish, & the general disdain that America has developed for straight, white, Judeo-Christian men, but honestly I just don’t have the strength. I’ve done fairly well staying away from sociopolitical arguments in the past year or two, but have been somewhat disheartened 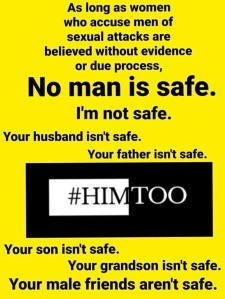 to see the misguided support some of my friends (mostly women) have expressed on social media for Kavanaugh’s accuser, a person that doesn’t strike me as being particularly credible. There are just too many holes in her story…too many things that make no sense. Brett Kavanaugh has risen thru the ranks of the judiciary over a number of years. He has been subjected to multiple polygraph tests & background investigations, and none of this has come out until now?? Give me a damn break!! I think we need to get past this idea of automatically believing a woman when she makes such accusations simply because she is a woman. We also need to have a discussion about the specifics of what constitutes sexual “misconduct” and how much we are willing to destroy a person’s life and for what exactly. Are we going to punish a middle-aged man for being a drunken lecher when he was in high school or college?? Is it proper for women to become teary-eyed about someone slapping their ass or making a pass at them decades ago?? It is very important to point out that we are NOT talking about rape. That’s a whole other story. I also want to clarify that I’m not saying it’s okay for guys to act like jerks. However, I have a huge problem with an accuser coming forward with dubious allegations many years after the fact, especially when the accused is conveniently on the cusp of some sort of achievement. It is my belief that this whole Kavanaugh kerfuffle is a well-orchestrated political hit job, and not only may it cost the man a seat on The Supreme Court, but it is an insult & does a disservice to those who have legitimately suffered actual sexual assault.