I am well aware that some citizens of The Manoverse are not sports fans and skip right past posts like these. That’s okay, I understand, and stay tuned for other non-sports goodness coming your way. I also know that I just published the previous edition of W&M less than a week ago. But I’ve got more to say and I just can’t hold it in, so climb on, strap in, & ride the wave!! 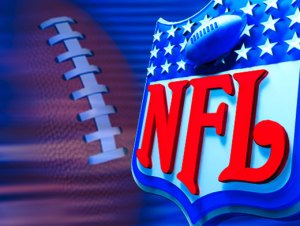 In offering thoughts about the NFL Draft I neglected to address one significant topic of conversation…running back Joe Mixon. The Cincinnati Bengals chose Mixon in the second round, and the looks of disdain on the faces of the talking heads could not go unnoticed. In 2014…his freshman year at Oklahoma…Mixon pleaded guilty to misdemeanor assault for punching a woman in a restaurant during the summer before the school year began. The details of the incident aren’t important and I am NOT here to defend Mixon. His actions were appalling…few would dispute that fact. Having said that, I have two issues with how the situation has been handled & reported. First of all, I fervently disagree with anyone who equates Mixon’s circumstances with those of former Baltimore Ravens’ running back Ray Rice, who you’ll recall was suspended from the NFL in 2014 after punching his fiancée (now wife) in an Atlantic City elevator. Rice hasn’t played a down of football since and probably never will again. The huge difference to me is that Rice was a 27 year old professional who should’ve known better. I have no problem with the fact that he hasn’t gotten another opportunity to play in the NFL. It’s a privilege to do so, not a right. Conversely, Mixon was a barely 18 year old college freshman. He was suspended for a year from the Oklahoma football program and caused no further issues after his return. Yet there were reportedly NFL teams that didn’t have him on their draft boards at all, and after he was drafted guys like ESPN’s Adam Schefter (who I usually like a lot) looked like they might actually cry, vomit, or do both simultaneously. Where’s the mercy?? Holy cow…if we were all held perpetually accountable for the idiotic things we did in high school and/or college I know a plethora of successful people who never would have gotten a job interview. Granted, punching a woman in the face is much more serious than the stupidity that my friends & I engaged in during our youth, but the point still stands. Joe Mixon did something truly awful as an 18 year old kid. He shouldn’t have to pay for it for the rest of his life. Admittedly it was a bit tone deaf for the Bengals, who’ve had more than their fair share of lawbreaking miscreants don the

orange & black in the past decade or two, to choose Mixon, but that’s on them. I assume the young man will be under a zero tolerance policy, and rightfully so. If he even so much as looks angrily at someone he should be waived and forced to get a 9 to 5 job like the rest of us working stiffs, but if he stays on the straight & narrow I think allowing him to pursue a professional football career is proper. The other issue I have with this whole thing is the relatively new idea that professional athletes need to be model citizens. I have opined multiple times over the years that just because an individual can run fast or has superior athletic skill doesn’t mean they are a good person, and it didn’t used to be a requirement. The history of sports is chockful of drunks, junkies, bullies, & criminals of all kinds, from baseball’s Babe Ruth & Ty Cobb to football’s Joe Namath & Lawrence Taylor to basketball’s Dennis Rodman & Allen Iverson and many many other examples from every level of athletics. Some people ultimately ruined their careers while others were just branded as “colorful”, but because they were supremely talented all were given an opportunity…oftentimes numerous opportunities…and no one seemed to mind. However, in the ultra-PC 21st century there are those eager to toss aside someone who made one big mistake when he was barely 18 years old?? Again I ask…where is the mercy?? 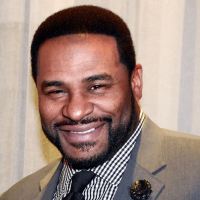 Add NFL Hall-of-Famer and favorite Steeler Jerome Bettis to the list of those dismissed in the much discussed ESPN bloodbath. I’m a huge fan of The Bus, but I’m not shedding too many tears for him because I happen to know that he’s involved in various business pursuits and will land on his feet just fine. To be honest he didn’t add all that much to the already copious amount of NFL coverage on The Mothership and likely won’t be missed. 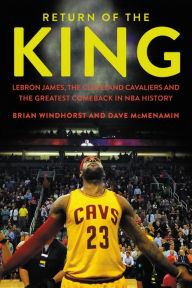 Lord above for Lebron James?? Windhorst has parlayed a local career in his hometown of Akron, OH during which he covered Lebron’s high school games into a gig with the Akron Beacon-Journal, then the Cleveland Plain-Dealer, & now ESPN. He has basically been Lebron’s personal reporter for almost two decades, and now he has written a book that I just finished reading called Return of the King, about Lebron’s homecoming to Cleveland a few years ago and the Cavaliers’ failure then success in pursuit of an NBA title. The book is pretty good if you’re into those kind of books, which I am. Good job Windy!!

Congratulations to the Pittsburgh Penguins, who gutted out a seven game series victory over the Washington Capitals to move on in the NHL playoffs. The Pens will have to take down the Ottawa Senators in the Eastern Conference Finals to earn a shot at defending their Stanley Cup championship.

Some ideas to “fix” the NBA:

*Expansion. It is necessary for my math to work. There are currently 30 teams in the league, but we need 32. Maybe you give

Seattle a team back. Ditto for Vancouver. How about Vegas?? The NFL’s Raiders are moving there and the NHL is expanding there as well, so why not?? I’m a little partial to the idea of awarding a team to Pittsburgh. I don’t know…discuss amongst yourselves. All I know is that we need two additional teams.

*32 teams would allow us to reduce each team’s schedule from 82 games to 77. Not much of a decrease, but every little bit helps, right?? I’m tired of all the whining about resting players & such. The league would be split into an Eastern & Western Conference. Divide each conference into North & South divisions if you want…it doesn’t really matter. A team would play everyone else in their conference three times…45 games. They’d play each team in the other conference twice…32 games. 45+32=77.

*I’m not sure how you’d handle scheduling. My vote would be to play as many back-to-back games as possible to reduce travel just as they do in MLB, but basketball players seem to complain a lot about back-to-back games. I’ll leave it up to people smarter than me to figure out logistics.

*Even though we are expanding the league and reducing regular season games we’re still going to go ahead and trim the playoff field from 8 teams in each conference to 6. The top two teams in each conference (you could make these division champs) get a first round bye. Each first round series is just three games, as is each second round series. The conference finals are 5 game series, and the NBA Finals would be the only round with a 7 game series.

*Out of the 26 teams that don’t make the playoffs the BEST five go into the Draft Lottery to see who gets the #1 pick. Well…actually it’d decide the top five picks. If you still want to do the bouncy ball thing then each team’s number of balls would be equal to their number of wins. After that win/loss records would determine the draft order. So the worst team in the league would receive the 6th overall pick. This system would eliminate the ridiculous practice of tanking, which is a stain on the league. Not only would good teams be competing to make the playoffs in the waning days of the regular season, but not so good teams would be competing to get into the lottery rather than purposely losing. It would encourage competitive balance and wise management, because teams that just missed the playoffs are (theoretically) adding the best players, putting playoff teams on notice. 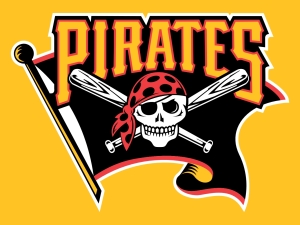 I said about a month ago that I would postpone offering an opinion on my Pittsburgh Pirates until a little further into the season. Well, we are more than 30 games in and the Pirates are dead last in their division and painful to watch. We Pirates fans endured two decades of losing until a few years ago, then had a couple of years when the team actually made the playoffs as a wildcard. But now it feels like we are right back to square one. I’ve never believed that pitcher Gerrit Cole is a true ace, but he’s the best they’ve got and there is chatter about him being traded. Outfielder Starling Marte screwed the pooch by getting suspended for most of the season for PED use, but I’m not sure his presence would make that much of a difference. There has been talk of trading all-star outfielder Andrew McCutchen as far back as last season, but even if they keep him it feels like his prime years are being wasted. I watch games and don’t even know who some of these guys are!! I am tempted to say that it’s time for manager Clint Hurdle to go, that he is too passive and the players aren’t listening to him anymore. That may be true, but I don’t think changing managers would help that much either. The problem with the Pirates is ownership. The business is profitable and fans continue to fill the ballpark because that’s just how dedicated & loyal Pittsburghers and fans from surrounding areas are. It’s in their DNA. Winning would be a nice bonus, but it doesn’t seem necessary to the powers-that-be. I don’t have any answers. I wish I did.