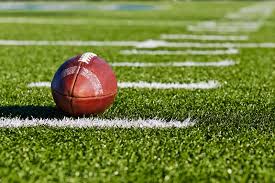 As I sit here writing this there is an NFL game, hockey’s opening night, the MLB playoffs, & a college football game all on at the same time. It’s the most stimulating experience I’ve had in many moons. At any rate, bonus picks didn’t really work out so well for either one of us last week, but I’m nothing if not persistent so we’re going to try again. Zach was 3-5, while I broke even at 4-4. We picked LSU/Florida, but they didn’t play because of Hurricane Matthew. That game has been rescheduled for mid-November. As of right now Alabama, Clemson, Washington, & the winner of Ohio St./Michigan look like the favorites to get into the NCAA playoff, while the NFL is being dominated by the Vikings, Cowboys, Broncos, & Falcons. Of course the cool thing about sports is that all of that could change in a single day.

The Tide hasn’t really been challenged much this season, winning every game by atleast 19 points with the exception of a 5

point thriller against Ole Miss. The Vols were on a roll until they ran up against Texas A&M last weekend. Perhaps they were looking ahead to this game. When revealing my pre-season Top 25 I opined that “it would surprise me less if this team actually lost 3 or 4 games than it would if they’d go undefeated”. Of course I also had Oklahoma & LSU in my Top 5, so what do I know?? As a fan I am hoping for a great game, and that would necessitate something closer than 13 points. I’m not all that confident about it, but that’s the direction I’ll go. Conversely, Zach has faith in ‘Bama’s defense and believes they’ll win by a comfortable margin.

Neither team is going to win the Big Ten (which has 14 teams), but with identical 2-3 records this is a game that could swing

the momentum one way or the other and lead to a season to either feel alright about or flush completely from the memory. I’m no psychologist, but I assume that the rocky start isn’t a shock for the Wildcats, and a win here would be a giant boost to their morale. Conversely, the Spartans have been very successful in recent years, especially last season when they were in the playoffs. Recent events have to be rather disconcerting to them. I think Northwestern comes into this contest hyped up and ready to turn things around, while Michigan St.’s spirit may have already been broken. Zach thinks Northwestern is too inconsistent and believes Michigan St.’s defense will get the job done.

Usually this is an important game between two highly ranked teams. This year…not so much. The Irish lost half their team to

the NFL and are currently 2-4. Stanford has seen the Heisman buzz for RB/WR Christian McCaffrey virtually disappear in the throes of a two game losing streak that has them at 3-2. Part of me believes that Notre Dame HAS to win this game, since pride & defending their home turf are about the only worthy goals remaining, but I can’t fight this feeling that Stanford…atleast for this season…is the better team. Zach likes Notre Dame QB Deshone Kizer and thinks he’ll lead the Irish to victory.

I didn’t have the Badgers anywhere near my pre-season Top 25. I just didn’t see any room for them to succeed in the loaded Big Ten. However, they

are capably filling the Top 10 spot I thought would be held by the faltering Iowa Hawkeyes. Of course no one is surprised by the 5-0 Buckeyes, who’ve barely broken a sweat thus far. That’ll change this week. I’d be surprised if Ohio St. lost, but I don’t think they’ll win by double digits on the road. Zach concurs.

The NFC East might be the best, most competitive division in the NFL. Dallas is better than I thought they’d be, and the NY

Giants are hanging around. This is an important game for Philly & the Redskins since the winner would stay on pace with the Cowboys. Rookie QB Carson Wentz has been impressive for the 3-1 Eagles, while the 3-2 Redskins don’t have much of a running attack and have relied completely on QB Kirk Cousins. It’s interesting that Washington isn’t getting the usual home field bump. The oddsmakers clearly have an opinion on which is the better team, but I’m going to go against the grain and pick the upset. Zach literally flipped a coin…I think…and is going with the favorites.

In my NFL Preview I stated that I didn’t think the Panthers would fall prey the usual foibles of Super Bowl losers. That assessment

may have been wrong. Not only is Carolina 1-4, but QB Cam Newton has been concussed and missed last week’s game. It looks like he’ll be back this week, and fortunately for he & his struggling team they face the equally dismal 1-3 Saints. Or is it fortunate?? The Superdome will be rockin’, and what better way to right the ship then for Drew Brees to lead his troops past the defending NFC champs?? I’m not sure either team can catch the Atlanta Falcons in the division, but a win here could conceivably catapult the victor into wildcard contention. Zach is looking for a high scoring game and thinks Newton will lead his team to a win.

This should be a really good game. Rookie QB Dak Prescott has been better than Cowboys fans could have ever expected in the

absence of Tony Romo, and fellow rookie Zeke Elliot might be the best running back in the NFL at the moment. I am not among those that think that Romo has already lost his starting gig, but I’m sure he’ll be on a short leash upon his return. For the powers-that-be in Dallas it’s a nice problem to have. Meanwhile, the Packers seem like a forgotten team, lost in the shadow of division foe Minnesota. If Prescott can go into the unfriendly environment of The Frozen Tundra and snag a victory I’ll be more than impressed…but I don’t believe that’s going to happen. Zach, on the other hand, likes the Cowboys’ offensive line a lot and thinks they are a legit title contender.