Any citizen that has spent much time in The Manoverse knows a couple of things: I’m not easily offended and I despise political correctness. So it was with beleaguered bemusement that I observed a few recent incidents that had people talking…or stirring the pot…take your pick.

The first issue is a tried & true chestnut that ESPN loves to trot out periodically, but this time they had a reason. A new Washington Post poll came out indicating that 90% of Native Americans do not find the moniker of the NFL’s Washington, DC franchise…aka the Redskins…offensive. 80% don’t even believe it’s an issue worth discussing. That jives not only with what I’ve been saying for awhile but numerous other polls that have been conducted thru the years. I made sure to tune in to my favorite ESPN shows to get their reaction, and unfortunately it was mostly predictable…with one notable exception. You see, for some reason, mindless, spineless, weasely liberals HATE the majority. The mantra that I have heard repeatedly over the years about the Redskins in relation to these polls is that if 10% or even just ONE person…in the entire country…is offended by it then it must be changed!! It’s the same mentality that has gotten us into the quagmire created by “LGBT” issues, wherein the majority has been silenced in deference to a miniscule number of individuals. Screw the majority!! What most people want doesn’t matter!! We shall kowtow to the vocal minority!! To my utter amazement PTI’s Michael Wilbon, though he disagrees on a personal level, seemed to wave the white flag. He basically said that this latest poll pretty much shuts down the debate for the time being, and he is absolutely right. It should end the argument forever because a) it’s a media driven, completely fabricated controversy meant to stir the aforementioned pot, and b) the Washington Redskins have been in existence for 84 years and if the nickname was rubberstamped in 1932 and not changed in 1952, ’72, ’92, or 2002 then why bother now. About that last point I know what you’re saying: “But…but…times have changed!!”. We’ll get to that idiotic premise. Be patient. 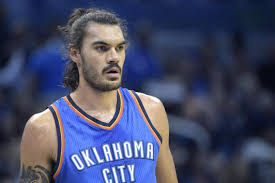 Staying in the world of sports, you may or may not know that the NBA Playoffs are going on right now. In the immediate aftermath 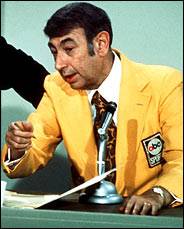 of a surprising victory over the defending champion Golden State Warriors an interview was conducted with Oklahoma City Thunder center Steven Adams. During the interview a relieved, happy, exhausted Adams gave props to the athletic skills of his opponents, calling them “quick little monkeys”. Football fans of a certain age may recall that in 1983 Howard Cosell said of Redskins wide receiver Alvin Garrett “That little monkey gets loose doesn’t he??” during a Monday Night Football game, an incident that is often mixed up with a 1973 MNF telecast during which Cosell was showing highlights of the previous day’s games and said of another Redskins WR, Herb Mulkey, “Look at that little monkey run!”. At any rate, when Cosell abruptly left MNF after the 1983 season an urban legend grew giving the impression that he was pushed out in part due to his “offensive” comment. The truth is that Howard Cosell not only used monkey as a term of endearment for his own grandchildren but had also used it to describe athletes both black and white on multiple occasions. At any rate, Steven Adams was given a pass by the talking heads because not only was it obvious to anyone with a brain that there were no racist intentions, but also because he hails from New Zealand and has only been in America for a few years. His ignorance of our culture was thought to be a reasonable excuse…another train of thought to which we’ll circle back soon.

The third situation is a bit out of my wheelhouse but it illustrates the point so we’ll go for it. Alleged actress Blake Lively, whose only work I am vaguely familiar with is the delightful 2005 film The Sisterhood of the Traveling Pants, recently posted a photo of herself on Instagram. The marginally lovely Ms. Lively, who is married to the guy who just played Deadpool, is apparently pregnant but the weight has mostly gone to her booty for now. Yes I just used the term “booty”. I’m hip like that. Anyway, she captioned the pic “L.A. face with an Oakland booty” (because she’s hip too), which are lyrics from Sir Mix-a-Lot’s 90’s hit Baby Got Back. Now let’s be honest…anyone who has utilized social media for longer than five minutes has probably used song lyrics as a status update, Tweet, or photo caption. I’ve done it, you’ve done it, everybody has done it. Harmless fun, right?? Well, except to the PC Police, who see racism in EVERYTHING and wouldn’t know fun if it sat on their laps, fed them grapes, & sang a song.

As mentioned, one of the reasons the Steven Adams remark was quickly forgiven is because he isn’t from America. He doesn’t know our ways or understand what we

might consider offensive. So has anyone considered the possibility that we may want to look at our collective selves in the mirror?? Maybe we are doing it wrong. If people in New Zealand don’t find the term monkey offensive then why do we?? If the Washington Redskins was a good enough name in 1932 and even today 90% of the population the name could conceivably offend aren’t offended by it then what is the freakin’ problem?? If a gal with a big butt references a song about gals with big butts then what exactly is the issue?? It was common knowledge three decades ago that Howard Cosell meant nothing offensive with his comments and often used the word monkey in a positive way. Yet here we are talking about it because people are under the impression that Cosell was an evil racist.

Progressive types constantly use the thought that “times have changed” as a defense for their madness, but I have two questions. First, is that really true? And secondly, if yes then how much and in what way?? Certainly there are thought processes and social norms that evolve…sometimes in a positive way. Women have a lot more freedoms & rights than they did a century ago, which is wonderful. Slavery ended after The Civil War but it took another century after that for black folks to achieve legitimate legal equality. I don’t know why it takes so long for obvious things to become obvious, but clearly it sometimes does. That being said, my issue is that this is the United States of America. The greatest nation on Earth…or atleast Americans used to believe that. We used to tackle big issues. We fought world wars in defense of big ideas like democracy & freedom. We ended slavery. We got women the right to vote and do any other thing they decide they want to do. We welcomed tired, poor, huddled masses yearning to breathe free because they came here wanting a better life and happily assimilated and embraced American culture. We went to space and walked on the moon. We invented light bulbs, airplanes, jazz music, baseball, & The Internet. But now?? We indulge a small percentage of the population who wants to argue about the name of a sports team. We take wholesome TV shows like The Dukes of Hazzard off the air because a handful of people are offended by a flag. We stoke the fires of a national debate about bathrooms to pander to an infinitesimal percentage of mentally ill people who need treatment not absolution. We are offended by innocuous uses of language that clearly have no malevolent intent. We seem all too willing to sacrifice fundamental rights that the Founding Fathers deemed bedrock principles of the nation. To the extent that “times have changed” I’m not at all sure that they have changed for the better. We tell ourselves that these modifications are positive because we’re more educated, informed, open-minded, multicultural, & inclusive now than ever before, but that’s a bunch of poppycock. There is a thin line between awareness and hypersensitivity and that line gets crossed more & more every day. 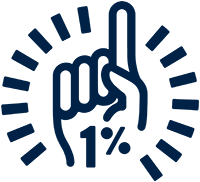 The media only exacerbates the problem. Journalists don’t look at their jobs as simply reporting the news. They believe it is their responsibility to shape the narrative. They view themselves as crusaders fighting for the little guy, for those not in a position to help themselves,thus their disdain for the majority. They prefer to be champions for the minority, to be the voice of the voiceless. Isn’t it ironic that…despite claims to the contrary…it is often liberals who side with the 1%, atleast on some issues.

The fact is that most people are decent folks. Very few are looking to harm anyone literally or figuratively. Redskins is just the name of a football team, its original

intent was to honor Native Americans…not insult them. Monkeys are cute little animals, imagery rarely used for racially insensitive purposes. Song lyrics are just that, and if one has a problem with the words then target the songwriter, not fans of the music who innocently regurgitate those words. The world would be a much better place, and more specifically America might get back to achieving great things, if everyone would step off their high horse, get their priorities straight, and focus on what’s really important.