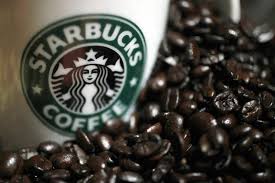 On a cool day in the early spring of 2008 I ventured out into the world. This is notable because it was my first time behind the wheel of a car in over two years after having been laid up in hospitals & “skilled” nursing facilities and being homebound due to medical issues that I may have mentioned here once or twice and may or may not talk more about some other day. But since that is not the focus of my current mission I shall move on. At any rate, in the two+ years that I was out of commission (I call it My Unfortunate Incarceration) a couple of things had changed in my modest little hometown…we had gotten a Blockbuster Video and a Starbucks!! Now I realize that may not seem very stimulating to most, especially since Blockbuster has since gone out of business and every town in America seems to have multiple Starbucks at this point…but almost a decade ago this was a big deal in my world. First of all this town isn’t that exciting. It’s Mayberry-esque, except with meth clinics, unethical politicians, homeless people, & strippers. Secondly, I had been locked up alone & bored for more than two years. My life consisted of Becker reruns, nurses, & MySpace. Upon that initial re-entry into 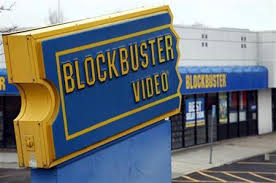 society just about anything would have seemed fun, and experiencing two places that I’d always heard about but never been to sounded awesome. Blockbuster turned out to be much like other video stores I’d frequented only twice as expensive. I never went back. And since there was still the slightest remnant of winter in the air & I’m not that much of a coffee guy I decided to get a hot chocolate at Starbucks. I quickly surmised that I had a box of Swiss Miss packets at home that tasted a lot better and were way cheaper. I’ve never been back and hadn’t really given Starbucks much thought…until recently.

There is a “controversy” brewing (HA!! Pun alert!!) due to the fact that Starbucks has apparently dissed Christmas and will be using plain red cups this holiday season.

Y’all know I’m not big about in-depth research, but I am assuming a couple of things. First, I guess Starbucks writes the customer’s name on their cup?? Is this to avoid confusion?? Is it some sort of self-esteem/validation thing?? I have no idea. Secondly, Starbucks must have previously had more festive cups at Christmastime and has decided to go simple & basic this year, kind of like when Regis Philbin popularized solid color ties about 15 years ago.

I gleaned the name thing from online “preacher” Joshua Feuerstein, a dude known for posting evangelically themed videos on YouTube. He’s what my old ESPN nemesis Colin Cowherd would call a “backward hat wearing guy”, a fashion choice that speaks poorly of an adult male’s maturity & intelligence (George Carlin once called it an abomination). On top of that Feuerstein evokes a faux radio/preachy voice and looks disturbingly like alleged actor Kevin James (aka Paul Blart Mall Cop). The combination is creepy to the point of distracting from his message, and now that message is a movement wherein one would go into Starbucks and tell the barista (is that the right terminology??) that their name is Merry Christmas, thereby “tricking” the server into writing Merry Christmas on the cup. Inspired?? Subversive?? Rebellious?? Clever?? Well, maybe if you’re a ten year old whose idea of cinematic genius is Jurassic Park or someone who ever thought boy bands were cool. To most of us grownups it seems a bit juvenile.

My man Rush Limbaugh calls our nation The United States of the Offended, and he isn’t wrong. Now, let’s be honest…there are things about which Christians have a right to be perturbed. God, Jesus, The Bible, & anything related to Christianity has become a bigger target with each passing year over the past few decades. That’s not imaginary. But questions arise. What exactly should offend us?? What should our reaction be?? My answers have evolved a bit over time.

As my friend Don pointed out on social media, folks have been disparaging Jesus since His birth. This is not a new thing. In the

9th chapter of Luke, when Jesus was rejected by a Samaritan village, James & John (aka the Sons of Thunder) wanted to call fire down on them from Heaven (the Biblical equivalent of a boycott), but Jesus wasn’t having it. As a matter of fact, He opined that He had come to save lives, not destroy them. He & His disciples simply walked away and went someplace a bit more receptive. This is something that Christians struggle with…me included. The fact is that not everyone is ready to hear The Good News of Jesus Christ. Some may never be responsive to the message. Does that mean that we just give up?? No…but it does mean that we may need to look in the mirror and re-examine our approach. I disagree with those who whine about Christians “shoving our beliefs down others’ throats”. I don’t think that is the accepted or prevalent methodology. It seems to me that proponents of “alternative”, progressive, deviant lifestyles & principles are much more vociferous in trying to standardize & promote their choices. However, we Christians sometimes get caught up in absurdity like coffee cups, and when we do it certainly doesn’t reflect well on The Lord or accurately communicate His wisdom. Perhaps if we focused inwardly, recognized the plank in our own eye, tried to better imitate Christ, & let our light shine before others, it would be a more productive & fruitful strategery.

It is true that political correctness has become a malignant blemish that is slowly eating away at the fabric of daily American life, and God is often the target of the PC Police. It can be frustrating. Yet Isiah 41:0 says “fear not, for I am with you; be not dismayed, for I am your God”. Jesus tells His disciples in John 16:33 “in the world you will have tribulation; but be of good cheer, I have overcome the world.” 1 Peter 5:7 instructs us to “cast all our cares upon Him”. James 1:19 says that we should be “swift to hear, slow to speak, slow to anger”. Joshua 1:9 exhorts us to “be strong and of good courage; do not be afraid, nor be dismayed, for the Lord your God is with you wherever you go”. Exodus 14:14 says that “the Lord will fight for you, and you shall hold your peace”. It is difficult to completely ignore some of the things that go on around us, but we can control our response to those circumstances. I’m not really into boycotts. In this particular case I plan on neither rejecting Starbucks nor telling them my name is Merry Christmas, mostly because I haven’t frequented the place in years and don’t see that changing. But there have been other situations…restaurants that promoted sociopolitical beliefs contrary to my own, actors or singers who spouted some kind of nonsense, retail outlets who donated to causes or candidates that I didn’t particularly like…and it dawned on me that cutting those entities out of my life hurt only me. Does anyone truly believe that a few people getting upset at a billion dollar corporation will elicit some sort of change in policy?? Maybe occasionally, but mostly it is empty, meaningless rhetoric. If it makes you feel better though, go for it…it’s a free country. To thine own self be true. 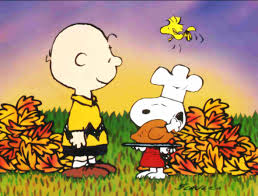 A meme I saw online awhile back said something to the effect of keeping Christ in Christmas means feeding the hungry, clothing the naked, forgiving the guilty, caring for the sick, welcoming strangers, & loving our enemies. I’m not one to rail against many of the secular trappings of our modern Christmas. I dig Rudolph & Frosty, singing carols, drinking eggnog, lights on the tree, & buying nice presents for my family. However, all of those things do seem to have obscured the true meaning of Christmas for many of us. Not only that, but we are in such a hurry to get to all that fun & delight that we almost totally ignore Thanksgiving, which used to be one of our most sacred holidays. The early settlers would have multiple days of Thanksgiving in any given year and they’d spend those days in church worshiping & praising God for all their blessings. When was the last time we did that?? These days retail outlets don’t even close for Thanksgiving and it has been reduced to a parade, football games, a big turkey, & some pie. Gripe all you want about a “war” on Christmas, but ateast it hasn’t been ignored & forgotten simply because no one outside of Butterball, Macy’s, Kraft, & your local grocery chain has figured out how to make a few bucks from it. Myles Standish & William Bradford would be much more horrified by our flippant treatment of Thanksgiving than the lack of snowflakes & ornaments on a coffee cup.

In the book of Matthew Jesus talks about turning the other cheek. While I do not believe that this indicates that we should always let people run roughshod over us I do think it means that we should pick our battles and seek wisdom. Way back in the 1960’s The Byrds wrote a catchy little tune called Turn, Turn, Turn, with the lyrics being copied almost verbatim from the third chapter of the Book of Ecclesiastes. In those verses we are counseled that there is “a time to break down and a time to build up”, “a time to embrace and a time to refrain from embracing”, “a time to keep and a time to throw away”, “a time to keep silence and a time to speak”. From everything that I have read the past few days most people with any sense don’t think that coffee cups are worthy of our outrage. It would be more…useful…to go into Starbucks or any other restaurant and buy some coffee or a meal for someone who would legitimately benefit from it. In the upcoming holiday season take time to smile. Wish someone a Happy Thanksgiving, Happy Holidays, Merry Christmas, Happy Hanukkah, or even just a simple “have a nice day”. Appreciate the lights & music. Eat some pumpkin pie. Praise God. Worship Him. Watch Clark Griswold, George Bailey, Charlie Brown, & Ralphie. Love your neighbors. Pray. Ask for wisdom & guidance. Don’t get bent out of shape about trivialities. Drink a grande, non-fat, soy caramel macchiato if you want. Enjoy. Spoiler alert: Jesus wins. It’s going to be okay.

One thought on “Starbucks, Righteous Indignation, & The War On Thanksgiving”