Allow me to be bluntly honest. Not that I am usually dishonest, but I am rarely blunt. At any rate, I’m not as excited as usual to do

this preview. The NFL is becoming harder & harder to watch thanks to that moron Fidel Goodell. I look at professional football suits, including the league office and team front offices, kind of like I do the government. I believe they should interfere with the game as little as possible. Unfortunately nowadays, with Goodell’s “personal conduct policy” and the pathological need to make a violent collision sport “safe”, all the talking heads ever yap about (whenever they aren’t slobbering all over rookie defensive end Michael Sam, indulging Browns “backup” QB Johnny Manziel, or being offended by the Washington Redskins name) are penalties and suspensions. Defense used to win championships, but the NFL has neutered defenses to the point that they might as well not even take the field. I sincerely believe we are only a few years away from flag football. Goodell is a succubus that has almost singlehandedly ruined what was once the greatest sport and the best pro league in the world. Thanks a lot jackass. So anyway, I suppose I will move forward with this preview and I’ll watch the games. I might even enjoy myself on occasion. But it’s not the same. It never will be unless Goodell is run out office and is replaced by someone with the cahonas to reverse nearly every bad decision that has been made in the past 8 years.

this division is mediocre at best. The Cowboys defense isn’t any better than it was in 2013. The Tom Coughlin era in New York will likely end in the next couple of seasons with a whimper instead of a bang. And the Redskins backup quarterback may be better than their vastly overrated starter.

Rogers and RB Eddie Lacy. The Lions may show some improvement but aren’t ready to break thru just yet. Bears QB Jay Cutler is even more overrated that RGIII in Washington. And Minnesota won’t contend until they decide to let Teddy Bridgewater take the reigns as the franchise signal caller he was drafted to be and stop pussyfooting around with Matt Cassel.

league. I’d feel a little bit better if the Saints had a franchise RB (no…Mark Ingram, Khiri Robinson, & Pierre Thomas don’t count), but as long as TE Jimmie Graham is around to catch touchdowns from Brees and the defense is atleast solid the Saints must be considered the favorites. Carolina probably takes a bit of a step back this year since their all new receiving corps consists of Jerricho Cotchery, Jason Avant, & rookie Kelvin Benjamin and they lost cornerstone left tackle Jordan Gross. I look for Benjamin to grow into a big time receiver, but let’s not rush things. The brief Greg Schiano era is over in Tampa and Lovie Smith…inexplicably canned by the Chicago Bears a couple of years ago…takes over a team with a solid defense, a potentially very good receiving corps, and a decent running game. I understand why the Bucs are receiving a lot of buzz. But neither Josh McCown nor Mike Glennon inspire much confidence in the quarterback position, so until they remedy that issue Tampa can’t be considered serious contenders. I look for the Falcons to bounce back a little bit from an abysmal 2013, but this is such a tough division that I still think they draw the short straw.

mode, and tend to lose a few players to free agency who are understandably cashing in on the team’s success. Seattle is no different. However, luckily for the Seahawks their main rivals…the 49ers…are having a rough offseason with the 9 game suspension of troubled defensive tackle Aldon Smith as well as not having the services of linebacker Navorro Bowman, who tore up his knee in the NFC championship game. I like the Cardinals a lot but I’m not ready to say they are better than Seattle & ‘Frisco just yet. I might regret not venturing out on that particular limb. The Rams’ season was probably going to be forgettable anyway, but with the loss QB Sam Bradford…again…to another knee injury they are likely looking at a top 5 pick in the 2015 draft (which they’ll probably use on a quarterback to replace the disappointing Bradford).

this division. I think the Bills are headed in the right direction and we’ll find out this season if QB EJ Manuel is the real deal. The addition of rookie WR Sammy Watkins will help. Jets coach Rex Ryan did enough last year to keep his job, but I don’t believe we’ll see any improvement this year. I am sure the Geno Smith/Michael Vick battle at QB will be the dominant story all season in The Big Apple. The Dolphins are likely to remain insignificant. Don’t be surprised if head coach Joe Philbin finds himself on the hot seat by the end of the year.

Clearly something is amiss in the Steelers front office. I don’t think the Bengals will get very far in the playoffs but they should win the division. The Ravens are no longer a serious Super Bowl contender but they’ll be competitive. The quarterback situation in Cleveland is murky at best and I’m not at all impressed with new head coach Mike Pettine who seems ill prepared for the job.

better equipped to ponder that question after this season. I like the direction the Jags are headed, but they need to stop this Chad Henne silliness and make rookie Blake Bortles the starting QB. Sure he’ll make some mistakes, but he’ll also grow & learn and do some good things that Henne just doesn’t have the talent to achieve. Tennessee and Houston are treading water, although if the Texans make newly acquired QB Ryan Mallet the starter sooner rather than later they might have some potential.

better than 2014, so anything less than a Lombardi Trophy would be a huge disappointment. The Chargers are sneaky good and could be a scary team to face in the playoffs. I think the Chiefs fall back a bit from their surprisingly successful season of last year. The Raiders will run like the wind with Maurice Jones-Drew but it won’t be enough. Look for rookie QB Derek Carr to emerge as the starter, but head coach Dennis Allen might be the first to lose his job this year. 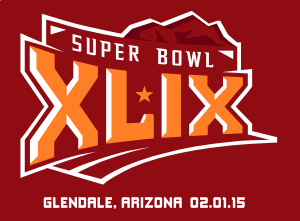