And down the stretch we come!! This is the next-to-last week of the NFL season and thus the inaugural season of the PPP’s. I had another 4-3 record last weekend (I am almost positive that I’ve not exceeded that success rate at all this year), bringing my overall record to 42-61-1. Surprisingly there aren’t a lot of compelling matchups this week. There are a lot of games where one team is already securely in the playoffs while their opponent’s season long ago went in the crapper. And there are a few games where both teams are bad. The one game with a somewhat moderate level of drama is a game I won’t pick because it involves my Steelers and I cannot be impartial. Nevertheless I believe that I have found 7 games worthy of our attention. We’ll see.

Has there been any bigger train wreck in the NFL this year than the Jets?? If they have any

competition it just might be the equally abysmal Chargers, but of course for a variety of reasons the Jets get a lot more scrutiny. I think it’s safe to say that a good many of the personnel for both teams…players, coaches, suits…involved with this game will not be a part of their respective organizations the next time these two meet (whenever that may be). At any rate I think the Jets pull this one out, because how great would it be if, after all the love & hate for both Mark Sanchez & Tim Tebow, it is QB Greg McElroy who emerges as the best field general on the team??

just meeting her like 4 months ago. Not only does that make me question his sanity & decision making skills, but it logically makes one wonder just how prepared he will be to face the Texans’ stout defense. Houston already has their division won but is still battling for home field throughout the playoffs. Minnesota is in a dogfight for a wildcard spot. If Houston had nothing to play for I might roll the dice, but that home field thing is a huge asset so I think they’ll still be sharp and win easily.

early season woes and will not be making the playoffs. The Cowboys, on the other hand, are still very much in the thick of the playoff hunt and could even win their division. This is a total vibe game. Logically speaking Dallas has everything to play for plus the home field advantage. However, they are also a hot mess. New Orleans has never recovered from all the offseason bounty hoopla, but they still have QB Drew Brees, and I am betting that he does not want to let his team finish worse than .500. The Voices are telling me to pick the Saints, so I shall comply.

Will Green Bay lose this game?? No, probably not. Will they cover the spread?? That’s a more 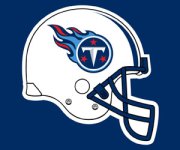 interesting question. The Titans have been a real disappointment to me this season. I have always thought that QB Jake Locker was the real deal, and I figured that RB Chris Johnson would rebound from a subpar 2011 and have a monster year. But for some reason things just haven’t gelled in Music City. Meanwhile the Packers just keep on truckin’ and have already clinched the division. It is unlikely that they are going to overcome the Atlanta Falcons for the home field, so what do they really have to play for?? Don’t be surprised if several Green Bay starters get a lot of rest these next couple of weeks. That being said I think the Packers win the game but not by double digits…so the Titans are the pick.

So this is what it has come to?? I am reduced to picking a game that wouldn’t be in doubt even if

the entire Patriots starting lineup just stayed home?? New England is still very much in contention for home field throughout the playoffs, which should be sufficient motivation. Conversely the talking heads on ESPN and elsewhere are already talking about the Jags signing Tebow in the offseason. As much as it pains me to do so I have to go with the Pats to win big & cover.

The Ravens have already clinched a playoff berth but have also lost three games in a row. The

Giants are always dangerous this time of the year because it’s usually when they shake off all that mediocrity and get hot. Winning their last two games would almost certainly net a division title, and since the last game of the season is against the pathetic Philadelphia Eagles one would assume that this would be a game the Giants would be sufficiently jacked for. New York has everything to win & lose…Baltimore knows it’ll either be the lowest seeded division champion or a wildcard, which is kind of like the difference between Burger King & Wendy’s, i.e. not much difference. Therefore, even though they disappointed me last week I’m going to choose the Giants. 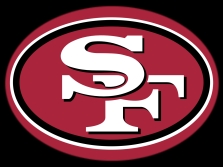 game?? Kudos to head coach Pete Carroll, who’s Seahawks have won 5 out of their last 6 games and look likely to make the playoffs if they can just win one of these last two games. Meanwhile the 49ers have won 4 out of their last 6, with only inexplicable stumbles against the Rams that led to a loss & a tie. I know Seattle has the home field here, and that crowd will be amped out of their freakin’ minds. But I also think that most “experts” would agree that ‘Frisco is still clearly the better team. I am an underdog kind of guy so Seattle’s success has been fun to watch, but I think they’re going to have to win next week against the Rams to secure their playoff spot because I don’t believe the 49ers will lose this one.