Apologies non-sports fans!! As has become my custom I have attempted to minimize sports related content in the midst of autumn since we do our weekly football picks and that feels like enough. Having said that, there are occasions when it becomes necessary to break the rules and address some stories that need attention. Fear not…I have plans to introduce a couple of new projects in this space during the new year, and I suppose there’ll be some Christmas related content in the very near future in the course of the holiday season, so if you’re not into football, basketball , etc. just stick with me.  Thanks in advance.

I suppose congratulations are in order to the Washington Nationals for winning the World Series. To be honest I didn’t have a dog in the fight…I’m just glad it wasn’t a Yankees/Dodgers Series. At first I was cheering for the Nationals, but then President Trump showed up to a game and the crowd was…well, let’s just soft sell it and say they were quite disrespectful. In that moment I realized that the fanbase of the Nationals are what some of us refer to as The Swamp…out of touch government types that take a lot more from than they contribute to society. So then I decided to pull for the Astros, but it was too late. I’m not 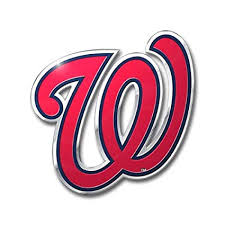 upset at all though. We got a really entertaining seven game series without the big market “usual suspects” involved, and that’s cool in my book. Yes yes yes…I’m aware that Houston, TX is the fourth largest city in the United States and the Astros have been rather successful lately, winning the World Series in 2017 and appearing in the last three ALCS. However, before that they’d only appeared in one Series, losing to the Chicago White Sox in 2005. During my youth in the 70’s & 80’s the Astros were a prosaic team with only an occasional above average season, so right now I’m not tired of their success just yet.

As a lifelong Pittsburgh Steelers fan I feel obligated to weigh in on the recent Thursday Night Football kerfuffle with the Cleveland Browns, which was one of the more

odious things I’ve seen in sports during my 47 years on the planet. A few thoughts:

I’m not a fan of style over substance. It may be unfair to chime in since I’ve never been there, but my perception is that Hollywood specifically and California in general is a lot like The Capitol in The Hunger Games…self-absorbed, hedonistic heathens whose wealth far outweighs their common sense. That’s why I chuckled a bit when it was announced that this year’s National League MVP was Los Angeles Dodgers’ outfielder Cody Bellinger and the American League MVP is California/L.A./Anaheim (I’ve lost track) Angels’ outfielder Mike Trout. The Dodgers did atleast make the playoffs before being ousted by the Nationals, while the Angels finished 35 games behind the Astros in their division. Individual honors are nice, especially for those players, but team sports are…well…about the team, and I am always amused when I see small market teams like the Minnesota Twins, Oakland A’s, Cleveland Indians, & Milwaukee Brewers achieve some level of success while teams like the Angels spend a ton of money and it does them absolutely no good. Even funnier is the case of Philadelphia Phillies outfielder Bryce Harper, who signed with Philly last winter for $330 million over 13 years. The Phillies finished with a .500 record in 2019, 16 games out of first place in their division. Harper’s former team?? The Washington Nationals. Sure, $330 million is nothing to sneeze at, but almost any professional sports player whose career lasts more than a few years is going to retire a very wealthy person these days, and I’m guessing most of them would trade half their money & individual accolades for a championship that many will never see.

In 1975 Boston Celtics’ center Bill Russell was voted into the Basketball Hall of Fame. However, at the time he was the first black player to receive the honor and refused to attend the ceremony. Russell didn’t feel right about being the first and thought others should be inducted before him. Recently Russell finally received his Hall of Fame ring in a private ceremony. Obviously there have been a lot of black NBA legends inducted into the Hall of Fame in the past four decades, but the mystery as to 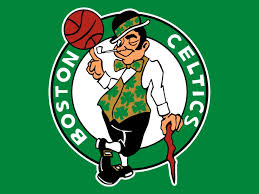 why it took so long for Russell to finally accept his ring can apparently be solved with one name: Chuck Cooper. Cooper was an All-American for Duquesne in the late 1940’s and was the 14th overall pick by the Boston Celtics in 1950. He didn’t have a statistically notable pro career, but was the first black player drafted into the NBA. Perhaps one could think of him as the Jackie Robinson of basketball. Cooper was finally inducted into the basketball Hall of Fame a few months ago (35 years after his death), which is what likely persuaded Russell to accept his honor. There’s a lot to unpack here. We’ve got virtue signaling all over the place, which y’all know drives me nuts. I suppose there’s no big issue with Cooper being inducted into the Hall of Fame, but on the other hand it’s worth pointing out that his numbers on the court didn’t seem to justify it for more than a half century. It wasn’t until the “woke” 21st century when simply being a certain race, religion, gender, orientation, etc. is deemed worthy of accolades that someone somewhere thought Cooper’s standing as an NBA trailblazer makes him a Hall-of-Famer. Jackie Robinson…besides being a more famous trailblazer himself…actually had a Hall of Fame career: Rookie of the Year, six time All Star, World Series champion, National League MVP, National League batting champion. Nevertheless, I suppose putting Cooper into the Hall of Fame is a nice thing to do. But Russell refusing his induction for 40+ years is just weird. I’m reminded of actor Marlon Brando refusing the Academy Award for Best Actor in 1973 for his role as Don Vito Corleone in The Godfather because he was protesting Hollywood’s portrayal of Native Americans. What good does any of that do?? Bill Russell was one of the greatest basketball players of all time and he delayed his Hall of Fame induction for what?? Craziness!!

Well, they finally did it. The Pittsburgh Pirates cleaned house. They got rid of manager Clint Hurdle as well as pretty much the entire front office. Hurdle seems like a nice man, but in the past couple of years it felt as though he’d given up, knowing that he could never have a team that would flourish with the current Pirates ownership. He’s not wrong, but for the sake of the team I think it’s important to have a manager with enough idealism & passion to atleast believably feign faith in his club’s potential instead of a tired old man so worn down by life that his boredom is palpable. Energy & enthusiasm aren’t going to be enough to turn the tide in Pittsburgh, but it’s a good start. The new front office is taking shape and I expect Hurdle’s replacement to be named before Thanksgiving. Years…decades…of futility have taught me not to get excited at all about the Pirates, but after one of the most demoralizing seasons in team history it’s nice to know that steps are being taken and something new is being tried.