A year ago, after a decade of presenting to the masses The Sammy Claus Wish List, there was no Christmas Spirit in The Manoverse. I didn’t realize it at the time, but the malaise I was feeling not only foreshadowed my own personal health issues, it was the precursor to a year most of us will be glad to see come to an end. Things may not be perfect heading into 2021, but I can see the light at the end of the tunnel concerning my particular situation, and the rest of the world has reason to be optimistic that lockdowns, social distancing, mask wearing, and other related roadblocks may eventually give way to a return to normalcy. It may not happen overnight, but there is hope, and it is with that sense of positive anticipation that Sammy Claus has decided to resume traditional activities.

To refresh your memory, being Sammy Claus wields no special power. I can only hope that The Big Man at The North Pole has time to surf The Net and 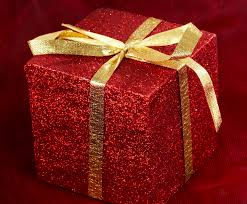 read what we publish here, then see fit to grant these wishes. Let’s face it…the past several months haven’t been easy for most of us, but perhaps handing out the suggested gifts to the entities mentioned here could atleast put a smile on some faces and make the world a slightly better place. Aside from all of that though, I sincerely hope The Manoverse never forgets the reason we celebrate Christmas. I am very honest in admitting that my faith has been tested this year, and ashamed to admit that I  too often fail the test. But, as Rocky Balboa once said, “life ain’t about how hard you hit. It’s about how hard you can get hit and keep moving forward.” Christmas is a much needed reminder of our eternal reason to never give up.

The Pittsburgh Steelers – receivers who can actually catch the damn ball 🏈

The Month of March – Madness (the good kind 🏀)

California – Wasn’t it supposed to fall into the Pacific Ocean decades ago??

Will & Jada Smith – a DVD of Disney’s Tangled 😬

Bill Gates – a medical degree, because that’s the only way anyone with an ounce of common sense will ever listen to the garbage he spews about vaccines 🤦‍♂️

As always I shall end with the traditional quote from the Rankin-Bass animated classic Santa Claus Is Comin’ To Town: