Hold on Lil Troopers…spring isn’t too far away!! Oh I suppose we may get hammered with snow a few more times because March is always a wildcard, but when McDonald’s is already serving shamrock shakes, NASCAR is back on the track, and baseball is part of the sports discussion we know the light at the end of the tunnel will be shining soon. Thankfully there is always more than enough sports news to discuss, although I’m not sure how much of it is all that pleasant at the moment.

Spring training is in full swing, but let’s not overlook what MLB has done off the field. It was recently announced that they will no longer use the term “disabled list” in regard to injured players. The change was made at the suggestion of advocacy groups for the disabled “out of concern that the term disabled for injured players falsely conflates disabilities with injuries and an inability to participate in sports”. As a disabled (handicapped, crippled, differently abled, handicapable…choose whatever buzzword you believe won’t offend anyone) individual who has spent my entire 46 years on this planet using a wheelchair allow me to opine that this is absolutely one of the dumbest instances of idiotic virtue signaling I have ever seen. No one with an ounce of common sense or capable of critical thought has ever confused baseball’s disabled list with those of us living our lives with a disability, and anyone offended by the term “disabled list” is a complete moron that should never be allowed to breed or even interact with the public. Also, as a person with a disability, it ticks me off that this is the sort of thing that “advocacy groups” are spending their resources on. Any such organization should be defunded immediately.

I come not to praise New England Patriots owner Robert Kraft, but neither do I seek to bury him. If you’ve been paying any attention at all the past few days you know that Kraft is in some hot water for getting his jollies at a “massage parlor” in Florida, an establishment that got caught up in a big prostitution ring. I am not condoning the activity or Kraft’s involvement in it, and y’all know that I’ve despised the Patriots for the past two decades. Having said that, it must be noted that 77 year old Kraft lost his wife of almost fifty years awhile back. Myrna Kraft died of ovarian cancer at the age of 68 in 2011. Certainly that is no excuse to engage in illegal activity, but it does suggest a man that is lost & lonely despite his immense wealth & success, and I am willing to have some measure of sympathy in that regard. Loneliness & grief are awful things and can steer people in directions they wouldn’t otherwise go. What I cannot understand is why a billionaire with some level of prominence would decide to…seek pleasure…at what the media is describing as a rather trashy & foul (not to mention public) establishment. One would assume that Kraft has the means to obtain anything he’d want in complete privacy, so it is a bit perplexing to think that he would unnecessarily put himself in harm’s way (on multiple levels). Obviously the NFL will get their pound of flesh (pun unavoidable). The league’s personal conduct policy applies to owners & coaches as much as it does players, and about five years ago Indianapolis Colts’ owner Jim Irsay was fined $500k and suspended from running the team for six games after being arrested for DUI & drug possession. I’m not sure what exactly a typical owner of a professional sports franchise does on a daily basis that effects operations, and a half million dollars is pocket change to them, so that “punishment” seems rather hollow, but I assume Kraft will receive a similar penalty. I’m sure the legal consequences won’t amount to much either, but the damage to his reputation is immeasurable and probably irreparable.

I am at a loss to explain just what has happened to the West Virginia Mountaineers basketball team. After making it to the Sweet Sixteen during March

Madness three out of the past four years the ‘Eers won’t be making the NCAA, NIT, CBI, or any other post season tournaments in 2019. Injuries, dismissals, and just about every other calamity one might conjure has imploded their season to the point that a winning record is mathematically impossible unless they go on an incredible run in the Big 12 conference tournament. WVU has been the runner-up in that tournament the past three years and needs another similar finish to keep on playing. I normally try to remain optimistic, but will confidently predict right now that that isn’t going to happen. Head coach Bob Huggins has built up a lot of goodwill over the years as a hometown guy, alumnus, successful coach, and leader of winning teams in Morgantown, but trust me…he needs to figure out what went wrong and fix it, because all the benevolence shown him will turn sour real quick if next season is another disaster.

Have y’all checked out the Alliance of American Football?? I have to be honest…I watched part of one of the first games a few weeks ago, and haven’t given the league a second thought since. Part of the issue is completely mine…I work on weekends so I’m gone all day and in bed pretty early at night. However, I think there’s a bigger obstacle than just me for The Alliance. The AAF has eight teams… Atlanta Legends, Birmingham Iron, Memphis Express, & Orlando Apollos in the East, and Arizona Hotshots, Salt Lake Stallions, San Antonio Commanders, & San Diego Fleet in the West. Known entities like Steve Spurrier, Mike Singletary, & Mike Martz are head coaches. The initial games I watched were on CBS, but after that the NFL Network & CBS Sports Network took over,

and that’s a bit of a problem since those are channels that I don’t typically “surf”…I have to specifically be seeking something out, and I’m just not there yet with The Alliance. On the field the games themselves aren’t anything too wacky. Unlike some other fringe football leagues that have come & gone in the past the AAF isn’t trying to reinvent the wheel or compete with the NFL, but there are a few differences. There are no kickoffs, which I don’t like but realize that it’s a concept that’ll be embraced by college football & the NFL sooner or later. Neither are there extra points. Somewhere Skip Bayless is squealing with glee about the new league’s marginalization of kickers. Defenses are somewhat limited as far as what they can do, so if you like swarming defense with a lot if blitzes the AAF might not be your cup of tea. Overtime has each team start on their opponent’s 10 yard line, which is even goofier that the college OT rules. There is only one overtime, so the game can end in a tie (no field goals!!). The revelation that has hit me about the AAF is that…atleast for me…as The Bible says, “to everything there is a season”, and as big of a football fan as I am I’m ready to move on after the Super Bowl. It’s February, which means that emotionally & psychologically football is in hibernation for me and I’m ready to move on to golf, NASCAR, basketball, & baseball. This realization surprised me a little bit, because I had thought it’d be great to have more football, but I just can’t become invested. I’m guessing that my perspective isn’t unique, which probably spells doom for The Alliance after another season or two, but hey…they tried.

If you think MLB is silly…well, one minor league team has surpassed that stupidity. The Hartford Yard Goats, a Double A affiliate of the Colorado Rockies in the Eastern League, recently made the decision to ban peanuts & Cracker Jacks altogether in deference to those with a nut allergy. But wait…there’s more!! Not only is their stadium now peanut free, but management has decided to change the lyrics to Take Me Out to the Ballgame, which of course contains the line “buy me some peanuts & Cracker Jacks”. Oh my…where to begin. These kinds of people absolutely exhaust every ounce of patience I possess and are a contributing factor to me adopting a reclusive lifestyle. First of all, about 2% of the population has a peanut allergy. The Yard Goats play their home games at

Dunkin’ Donuts Park, which has a capacity of about 6200. So at a home game there MIGHT be about 125 people in attendance with a nut allergy. But instead 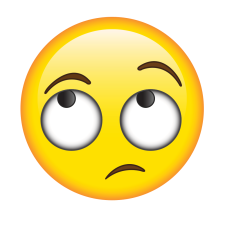 of simply designating a section of the ballpark for those fans the geniuses that run the team instead chose to deprive over 6000 others of the opportunity to buy a snack that has been closely associated with baseball for decades. This is what is wrong with society. It used to be that the majority ruled, but nowadays we go out of our way to kowtow to the vocal minority & every fringe group that decides to whine about something. Look, I am not unsympathetic to folks with a nut allergy. No one is suggesting that they shouldn’t attend games, and I don’t think there is anything wrong with reasonable accommodations to make their experience as pleasant as it should be.  However, I just do not understand why a nut free section wasn’t enough of a compromise. This whole thing reeks of virtue signaling & grandstanding at its worst. And I haven’t even gotten to the song!! Take Me Out to the Ballgame was written in 1908 and has been a standard at ballparks for decades, oftentimes sung by the crowd during the “seventh inning stretch” (most famously at Wrigley Field during Chicago Cubs games). So because the food mentioned in the song has been banned at this particular ballpark they feel it is necessary to alter the lyrics too?? ASININE!!!! Every executive employed by the team should be fired immediately and NEVER be allowed to work in sports management EVER again. I’d be embarrassed to be a fan of the team, play for the team, or even live in freakin’ Hartford, CT. Hell, if I lived in Hartford I might sell my house and move, citing the stupid Hartford Yard Goats as the reason for my departure. I hope they lose every single game until the business implodes & the team folds. Perhaps a competing club will be created and they can call them the New Haven Nut Lovers or the Fairfield Cracker Jacks.