In the 1974 Rankin/Bass stop motion classic The Year Without a Santa Claus the Jolly Old Elf isn’t feeling quite so jolly and decides that he’s going to take a vacation from delivering gifts. In much the same way Sammy Claus seriously pondered cancelling this year’s wish list, not due to any kind of illness or cynicism, but…well…for no real reason outside of a general malaise. Sammy Claus isn’t feeling ill nor particularly depressed, but does experience the occasional funk. Unfortunately there is no Mrs. Sammy Claus to broker a deal with the Miser Brothers, and neither is there access to elves to go out & drum up some Christmas spirit. Having said all of that, Sammy Claus has decided to power thru and deliver the Ninth Annual Wish List. As always, being Sammy Claus wields no special power. I will not be flying around the world in a sleigh pulled by reindeer on Christmas Eve. I will be spending the evening with family and then put in a bit of quality time with Ralphie Parker & George Bailey. However, my fervent hope is that a certain inhabitant of The North Pole reads The Manofesto on occasion and might see fit to…at some point in the future…bestow these gifts upon the entities named here. And of course my biggest & deepest wish is that everyone will step away from the gifts & the food & the movies & all of the wonderful merriment accompanying this most wonderful season to praise The One True Reason that we even celebrate Christmas to begin with:

And it came to pass in those days that a decree went out from Caesar Augustus that all the world should be registered. Joseph also went up from Galilee, out of the city of Nazareth, into Judea, to the city of David, which is called Bethlehem, to be registered with Mary, his betrothed wife, who was with child. So it was, that while they were there, the days were completed for her to be delivered. And she brought forth her firstborn Son, and wrapped Him in swaddling clothes, and laid Him in a manger, because there was no room for them in the inn. Now there were in the same country shepherds living out in the fields, keeping watch over their flock by night. And behold, an angel of the Lord stood before them, and the glory of the Lord shone around them, and they were greatly afraid. Then the angel said to them, “Do not be afraid, for behold, I bring you good tidings of great joy which will be to all people. For there is born to you this day in the city of David a Savior, who is Christ the Lord. And suddenly there was with the angel a multitude of the heavenly host praising God and saying “Glory to God in the highest, and on earth peace, goodwill toward men”! So it was, when the angels had gone away from them into Heaven, that the shepherds said to one another, “Let us now go to Bethlehem and see this thing that has come to pass, which the Lord has made known to us.” And they came with haste and found Mary and Joseph, and the Babe lying in a manger.  –  2nd Chapter of The Book of Luke

The State of Florida: Remedial Voting in Elections & Counting Ballots 101

Valerie Jarrett:  all nine original seasons of Roseanne on DVD, and a Planet of the Apes boxed set

proper funding and beginning of construction 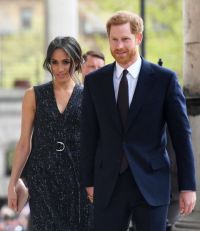 soon-to-be Speaker of the House Nancy Pelosi:         a big bottle of skunk pee

improved mental health, maturity, & a better idea of what is actually funny

a continued lowering trend (the current unemployment rate of 3.7% is the lowest in almost fifty years)

an adult voice, restraint is spending the huge amount of money she was

Kavanaugh, & a window to truth & honesty right beside that second front door on her house

#MeToo:   an end…it has outlived its usefulness & become a joke

much happiness & success with any opportunities that come his way

The Conners:    cancellation…ABC knows they made a mess out of the whole situation, so do the humane & intelligent

thing and put the wounded bird out of its misery

The Big Bang Theory:        a fun & well-written conclusion to 12 wonderful seasons, and long life in syndication

Per established custom I shall end with the traditional quote from the Rankin-Bass animated classic Santa Claus Is Comin’ To Town: