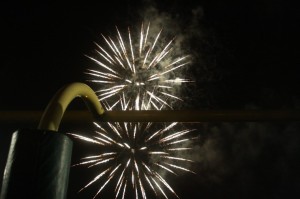 It’s the last weekend of the NFL regular season and our final week of picks as well. After last week’s action in which I was 3-2 and Zach was 2-3 (that last second garbage TD for Philly was my favorite Christmas gift) we are all tied up for the season, which I’m sure has never happened before. So y’all know what I’m thinking?? That’s right…bonus picks!! It’ll be almost nine months before we get to do this again, so why not end 2017 with a bang?? All of these games have playoff implications, and I’ll do my best to lay it all out there as easily digestible as possible. Every NFL game will be on Sunday afternoon…no Thursday, Sunday, or Monday night games…which means that watching RedZone will be even more fun than usual. Say a little prayer for the bladder of host Scott Hanson. Yes, I realize Sunday is New Year’s Eve, but I rarely go out & do anything fun that night anyway, and anyone who is going to party won’t be getting started until long after the games are over, so the afternoon NFL lineup is really something to be excited about. Happy New Year Manoverse. May your 2018 be filled with joy, good health, & lots of fantastic football.

The Bengals aren’t going to the playoffs unless they buy a ticket, and this is very likely Marvin Lewis’ last game as their head coach after 15 up & down seasons in which his players spent more time in prison than the post-season. However, the Ravens’ playoff outlook is much rosier. Win & they’re in, but even if they lose this game they can still get into the playoffs if either Buffalo or Tennessee loses. The points make me a little nervous, and as a Steelers fan it’d warm my cockles to see Baltimore lose…but The Vibes are telling me they win big at home. Zach agrees on all counts. We’d both prefer to see Baltimore ousted from the playoffs, but it’s probably not going to happen.

The Jags have already won the division and are locked into the #3 spot in the AFC, but Tennessee has some work to do. The Titans would secure

a wildcard with a victory…but a loss would mean that their only path to the playoffs would be losses by both the Los Angeles Chargers and the Buffalo Bills. That’s not necessarily far-fetched, but winning this game would certainly be a simpler solution. Jacksonville looked vulnerable in last week’s loss to San Francisco, but will that happen two weeks in a row?? Technically they have nothing to play for, but momentum heading into the post-season is important. If this game were being played in Florida it’d be a no-brainer, but playing at home with their backs against the wall might just be enough to motivate the Titans to a mildly surprising win. Conversely, Zach believes Jacksonville’s defense will come thru in the clutch and score them a close win.

which they’ll have the 11th pick in the draft and expectations will probably be high again for 2018. Conversely, the Chargers are still very much in the playoff hunt. They have to win this game and hope that the Titans & Bills both lose, which is a tall order. Either way they can only control what they do & how they play, and I think they’ll do just that. Zach didn’t learn a thing from the Eagles’ last second touchdown last week and is again picking the Raiders to atleast cover the points.

The Saints will be in the playoffs, but they’re still battling for a division title. They need a win to secure that crown. A loss coupled with a Carolina victory would make New Orleans a wildcard team. Tampa will have a Top 5 pick in the NFL Draft and has nothing to play for but pride. Is that enough?? I don’t think so…not even at home. Zach concurs.

The Panthers have to win and hope that the Saints lose. That’s the only way they win the NFC South…otherwise they’ll be a wildcard team. The Falcons…who represented the NFC in the Super Bowl a year ago and held a significant lead before an epic choke job…must win to secure a wildcard berth, or they could conceivably lose and still get in if Seattle also loses. I think this might be the best game of the weekend, and I’m going to pick the mild upset. Zach thinks Atlanta is just too erratic and has issues winning big games.

The Cardinals are playing for pride and a .500 record. The Seahawks must win and hope for a Falcons loss to sneak into the post-season. If

Seattle gets into the playoffs I think they can be a very dangerous opponent, but will they get there?? They can’t do anything about the Falcons, but they can go out & win this game. However, The Vibes are telling me the points are a bit much and it might be a lot closer than anyone expects. Zach disagrees and thinks Seattle will win easily.

The Dolphins have been even more mediocre than I thought they’d be. Surely QB Jay Cutler will be gently pushed back into retirement after the season ends. Conversely, the Bills have been a huge surprise. I never thought they’d even be in the playoff discussion, but here they are with a chance…a very small chance. They must win this game and hope for a Ravens loss, or if Baltimore wins then losses by both Tennessee & the Chargers will do the trick. The biggest Bengals fans in the world might not be in Cincinnati on Sunday…they’ll be in Buffalo (or Bills personnel in Miami). As much as it pains me to say it, I think the road ends painfully for the Buffalo Bills this weekend. Zach believes otherwise.