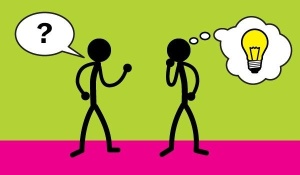 Greetings citizens. Welcome to the conclusion of this little Pinterest inspired trilogy. It has crossed my mind that no one other than myself is likely to be interested in my answers to these questions, but by the time that thought occurred to me I was in too deep to back out, so I figured I may as well see it through. Plus, as previously mentioned, this exercise has been quite therapeutic & entertaining for me, as much as those two things can intersect. I probably could say that for most everything available here at The Manofesto. For me there is a gratifying serenity in the writing process that I cannot find in any other activity. So to those who have read anything here over the past several years, and to anyone who comes here regularly for whatever reason, a robust “thank you” from the bottom of my heart, because I know my taste in subject matter can be rather eclectic. If you haven’t read the first two parts of this project you can do so here & here. Part 1 is lengthy but mostly lighthearted, while Part 2 is even more extensive and, in the immortal words of Marty McFly, is pretty heavy. This last entry is shorter and more esoteric.

How do you hope you’ll change as a person in the future?

I always hope to be a better person tomorrow than I was today. Learning doesn’t stop when we get out of school. I have become satisfied with my

life & who I am, but that doesn’t mean I am unwilling to grow & evolve. I have tried to become more aware of how I present myself to others and how I may be perceived, and that has challenged me to change because it occurred to me that perhaps I am not always as nice & friendly as I think I am. That’s not necessarily a bad thing in some situations because oftentimes people will take advantage of kindness. There are times when one must stand up for what’s right & important. However, I want to be more…tranquil. I would love to be the type of calm, peaceful, gentle presence that examples Christ and attracts people like a magnet because they need that kind of serenity & wisdom in their life. I don’t want to argue & debate others about worldly concerns. I don’t want anyone to run in the other direction because of my insensitivity. I need to be known by the right fruits…the fruits of the spirit.

What keeps you up at night?

My sleep habits are totally insane. I don’t believe I suffer from insomnia. I’ve just always been a night owl, and in the past decade my work life

has increased that tendency. So there isn’t any worry or concern or physical issue that keeps me up at night. It’s more of a lifestyle trend that I’ve been able to sustain for several years.

What’s the most surprising self-realization you’ve had?

Oh I’ve had a few of those. Don’t we all?? In my 20’s I began to see the world in a whole new light, shedding the sheltered perspective of youth. I

developed my core socio-political principles and they happened to conflict with the beliefs of my parents & community. On a more personal level recognition of certain things has been more of a slow progression. I feel like I let the best years of my life slip by while others were out doing & achieving. One day it’s ‘Oh I’m in no hurry. I’ve got time.”, and the next it’s “Holy cow…I’m running out of time.” For example, I always thought those that got married in their early to mid 20’s were too young. Obviously there is plenty of evidence to back up that perception…divorce, despair, misery. However, I know plenty of couples who are still together, and they’ve watched their children grow up, graduate high school & college, and get married. Many people my age are grandparents. So now many of those that I thought got married too young have full-fledged families, terrific memories, & happy lives. Meanwhile I am 45 years old and alone.

Let’s think about this logically. IF I have ever done anything illegal WHY would I admit it here?? Sure the legal statute of limitations may have

run out, but there is no expiration date on perception, and I prefer to keep my good name & reputation intact. At this point you are probably more curious than ever about what awful thing I may have done. I assure you I’ve not done anything THAT bad. I haven’t killed, kidnapped, raped, or robbed anyone. My parents raised me better than that.

What lie do you tell most often?

I am not aware of any significant lies that I tell…certainly not on any kind of regular basis. I suppose I am guilty of telling the occasional “white

lie”, like making an excuse for why I did or didn’t do something or saying that I did or didn’t do something when the opposite is true. And yes, I am aware that in the eyes of God a lie is a lie and that one should always be completely honest. It is not my goal to represent myself as flawless or innocent because I am far from it. But that is an issue to be hashed out between me and the Good Lord above. Meanwhile, all I can say is that, as a rule, I try to be an honest person.

What do you regret not doing?

I have previously mentioned my love/hate relationship with my home state of West Virginia. I deeply regret not relocating after college.

Professionally & personally I believe that my life could have been so much better somewhere else. I’ve always justified the fear that caused me to stay by saying that “the grass isn’t always greener on the other side”, but I don’t really believe that. I don’t know for sure that my life would have been fantastic if I would have moved to Pittsburgh or Florida or Texas or The Carolinas…but I should have taken the chance. Unfortunately I’ll never know what might have been because I never had the courage to take that step, and I regret that every day of my life.

What gives your life meaning?

I suppose this is where I am supposed to say something deep & profound. However, I think the things that give my life meaning are the same as

many other folks. Family. Faith. The simple pleasures of the daily grind. I think sometimes we get too caught up in visions of grandeur. We want to make a big splash in the world, receiving accolades and the admiration of the masses in the process. In reality though most people just get out of bed every day, go to work, provide as best they can for their family, maybe try to have a little fun every once in awhile, and occasionally try to make a contribution to society. And really, what’s wrong with that?? Life isn’t a movie or TV show. There is no dramatic music in the background as we face the ups & downs of our lives. Most of us are just doing the best we can and try to be a positive presence to others. Shouldn’t that be enough??

I have always valued education and have a solid moral code, despite my many flaws. I try not to look down on anyone, and don’t fault people for

what they don’t know. However, there is a baseline level of decency, common sense, knowledge, & behavior that I’ve come to expect from most people, and I have little patience for willful ignorance, lack of modesty, arrogance, dishonesty, & hypocrisy. I’m not sure what people look down on me for. I’m sure health conscious folks are appalled by my weight, the wealthy might ridicule my lack of resources, highly educated people might belittle my relatively insignificant bachelor’s degree, and I know for sure there are leftists out there that are disgusted by my conservative beliefs. So be it. Some people will like you, some will dislike you. Sometimes there may be a legitimate reason for a person’s disdain…but not always. Either way, be who you are. If there is something you can do to improve and be a better person then do it…but do it for you. Do it because it’s the right thing to do. If more people like you because of the change that’s just an added benefit.

What bridges do you not regret burning?

As a general rule I’m not a fan of bridge burning. Unfortunately I am one of those people who would prefer that everybody like me, and I hate it

when anyone is angry with me. In my younger days especially I would go out of my way to prevent conflict and repair any damage that may have occurred in a relationship. However, as I have gotten older I have come to understand that not everyone is going to like me for various reasons, and I’ve grown weary of falling on the sword if I know I’ve done nothing wrong. So, while I don’t make it a habit of burning bridges, neither will I go out of my way to cross them. My phone takes incoming calls just as easily as making outgoing calls.

What are you most insecure about?

I don’t think of myself as insecure, but neither am I overly confident. I suppose I retain some level of general apprehension in relation to my 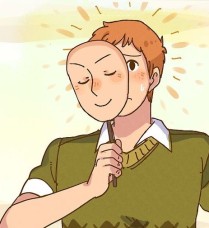 disability, unsure of how some may perceive me and not wanting to be a burden in any situation. And I have the same self-loathing in regard to my physical appearance that many others share. However, no matter what sort of doubts or anxieties one may have I find it best to minimize such thoughts as much as possible and not let them become overwhelming. In the classic baseball film Bull Durham one of the characters opines that “the world is made for people who aren’t cursed with self-awareness”, which reminds me of the old saying “ignorance is bliss”. The happiest people I’ve ever known weren’t insecure, oftentimes because they didn’t know any better. It is only when we get caught up in trying to impress others or caring too much about what people think of us that we begin to doubt ourselves and worry that we can’t measure up.

How do you get in the way of your own success?

Ha!! Have you got all day?? While I am one that believes that external factors can contribute to a person’s relative success or failure, the fact is that most of us get in our own way as much or more than anyone or anything else does. And I don’t believe it is usually any one thing. Maybe some days we are too cocky and think we know more than we actually do. Perhaps other days we are paralyzed by doubt & fear. Sometimes we just have bad information. Other times there are “fork in the road” situations where we choose the wrong path. I am sure there are psychologists or sociologists that could explain why some people are successful and others are not in concise, easy to understand terms, but I’m not that smart. Hindsight is 20/20, right?? I can look back and understand the mistakes that I’ve made, but that doesn’t necessarily mean I have the foresight not to screw up in the future.

What’s one thing you did that you really wish you could go back and undo?

I could probably come up with quite a few, but if I had to narrow it down to one thing I’d probably go back and make wiser decisions in my last

year of college that would prepare me for the road ahead. That alone would undo most of the negative aspects of my adult life as I perceive them. I suppose it might also create a whole new set of problems, but nothing is perfect.