The First Amendment to the United States Constitution states that “Congress shall make no law respecting an establishment of religion, or prohibiting the free exercise thereof; or abridging the freedom of speech, or of the press; or the right of the people peaceably to assemble, and to petition the Government for a redress of grievances.” Now I have written about freedom of religion on multiple occasions, usually to point out how its focus is on prohibiting the establishment of a national religion and that, in my opinion, courts & other entities have gone in all kinds of crazy directions with it, usually overlooking the whole “free exercise” part in the process. Freedom of speech is pretty self-explanatory, except that too many folks whine about it and fail to realize that, though you can say almost anything you want, there is no freedom from the consequences one may suffer (losing your job for example). Freedom of assembly is an overlooked & rarely discussed part of the amendment, but it now seems fitting to point out that it specifically allows us the right to peaceably assemble. There is a difference between a protest and a riot. If you show up to protest with baseball bats, sticks, tear gas, knives, guns, automobiles, or anything else that could be considered a weapon then you’re doing the whole “peaceably assemble” thing wrong. Our citizenry has been crossing this particular line for decades. Personally I have never been passionate enough about something to actually physically protest, in part because, as comedian George Carlin once said, “never underestimate the power of stupid people in large groups”. These events usually don’t end well, and I see no logic in putting myself in harm’s way. In the 2004 rom-com Win a Date with Tad Hamilton one of the characters threatens “I will tear you to pieces with my bare hands…or vicious rhetoric.” I lean toward utilizing vicious rhetoric as my weapon of choice. It may not accomplish much, but seems atleast as effective as a pointless protest, and far less dangerous.

Monday August 14, 2017 will go down in history as the day when Jimmy Fallon dealt the final nail in the coffin of late night TV, atleast for me. Fallon was widely praised on social media and everywhere else for his cold open to The Tonight Show, a sobering commentary about the sad events of the previous weekend in Charlottesville, VA. It was a fantastic opportunity for a silly television show to unite a broken nation, because really, there is unity in communal experiences like sports, comedy, & music. Sadly, contrary to public opinion, in my eyes Fallon blew it. Don’t misunderstand…I am not saying he should have ignored the elephant in the room and dove right into the fun stuff. It was proper to address the situation with an appropriately somber tone. However, like many of the other late night hosts Jimmy Fallon couldn’t help himself…he had to get political. He couldn’t resist spewing divisive rhetoric. These Hollywood types just can’t wrap their heads around the fact that Americans of all sorts…black, white, Hispanic, liberal, conservative, gay, straight, Christian, Muslim, Jewish, Democrat, Republican…watch their TV shows & movies and listen to their music. There is enough partisan debate on CNN, Fox News, MSNBC, & talk radio because that is actually a huge reason those entities exist. Late night comedy should be lighthearted & bipartisan, but the reality is that it largely hasn’t been for awhile. The Tonight Show seemed to be the final refuge, and now it’s not. I mentioned last October that it had become fairly common for me to turn off my TV after the late local news anyway, and going forward that will be the standard modus operandi. If Colbert, Seth Meyers, Kimmel, Fallon, etc. want to be contentious shit stirrers instead of entertainers that’s their choice, but I don’t have to watch.

This past week has made me so glad that I gave up social media fights about politics. Don Vito Corleone said it best…never let 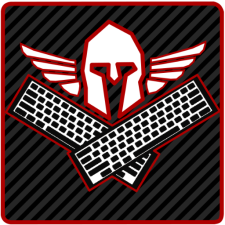 anyone outside the family know what you are thinking. Looking back in time I am ashamed that I was ever a keyboard warrior. It’s just not worth the price. I must admit that I did block one “friend” on Facebook a few days ago, but that situation was only tangentially related to politics. I’ve actually made reference to this friend before, calling him “the rare raging liberal that I can actually tolerate”. He loves stirring the pot and is constantly posting political rants in a sad cry for validation (a perception some have probably had about me in the past). I didn’t actually jump into the fray, but did post what I thought was a rather amusing joke in reply to something that had been said within the thread. This buddy of mine is one of the most unapologetically vulgar, offensive, politically incorrect guys I’ve ever known, yet had the gall to publicly come at me about MY sense of humor. There were multiple ways to handle the situation and he chose the worst alternative. Not only do I have little patience for humorless people, but I no longer desire to engage with anyone who gets their jollies from causing upheaval. The Bible mentions multiple antichrists before THE Antichrist arrives on the scene, and I am slowly becoming convinced that social media might be an antichrist.

Back in November of last year, right after the election, I had some fairly optimistic opinions about the future of President Trump. I said that “I suspect he will surround himself with tremendously smart & capable people.” Unfortunately I’m not sure that has actually happened. The White House has become a revolving door, with more people going in & out than Taylor Swift’s bedroom. No matter what my fellow conservatives say it is not normal to have replaced almost a dozen high level officials in less than a year. I also opined that “who he chooses for his cabinet and as advisors will be very important”. It may be difficult for Trump voters to admit, but selecting the right people to serve in key positions is a big part of the job, and with so many resigning or being canned this quickly it calls into question President Trump’s judgement & ability to assess people’s character. The good news is that I predicted that an important factor in Trump “either earning his keep or insuring a one term presidency” would be economics & job growth”, and from what I understand things are heading in the right direction there, so we’ll see.