Every time a really well-known & highly regarded celebrity dies there is a ton of reaction. And EVERY TIME there is a lot of reaction I see some ignoramus whining on social media about the fact that firefighters, police, military, etc. don’t get the same kind of love from the masses. It’s one of the most asinine things I’ve ever witnessed. It’s a false equivalency. Celebrities, just by the nature of their profession, have a bigger stage, and their fame may last decades touching multiple generations. They have a huge sphere of influence. If the deceased was a really good actor who starred in beloved movies or TV shows or a legendary sports figure who had a Hall of Fame career their death has an even bigger impact. The loss is a communal experience. By comparison the soldier or first responder is probably unknown outside of family, friends, & their town. That doesn’t make their lives less valuable or their demise less sad. To the contrary…I think we all know better. People that post this kind of drivel online are trying their darndest to be insightful. It’s their attempt at being deep & introspective. Unfortunately it just exposes a profound level of obliviousness.

Though I am not a believer in the New Year’s Resolution I did make a handful of promises to myself for 2017, one of them being a pledge to refrain from pointless arguments about politics on social media. I must give myself a small & admittedly premature pat on the back, because in the past few weeks I have refrained from numerous opportunities to post things on Facebook or comment on stuff other people have posted. I have one old friend in particular who, though he has always been a liberal, has gone completely off the rails after Donald Trump’s election victory. I suppose he’s in good company, or atleast amongst well-known company. 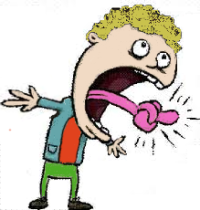 When I was a kid I used to kind of chuckle at my grandparents when it seemed as if they were going to funeral home visitations quite often. However, now I have reached the age where family friends, contemporaries of my parents or grandparents, & even peers in my age group are passing away and I find myself visiting the funeral home occasionally. When that happens I’m not all that great at finding the right words. Oftentimes I run into people who I haven’t seen in person for many years. Am I supposed to say “it’s good to see you”?? What about when I am introduced to a spouse or family member I’ve never met before?? Is “it’s nice to meet you” appropriate?? There’s nothing good or nice about the situation, right?? Perhaps I am just being neurotic.