Happy Thanksgiving Manoverse!! Not only do we get to enjoy tasty vittles like turkey, stuffing, yams, & pumpkin pie today, but we get a heaping helping of football during this long holiday weekend. It’s Rivalry Week in college football, so that’s what we are focusing on. Sadly, because of conference realignment, several old rivalries have gone by the wayside…Nebraska vs. Oklahoma, The Backyard Brawl (WVU vs. Pitt), The Border War (Missouri vs. Kansas). However, many remain and this year some of them actually mean something beyond bragging rights. Speaking of which, neither Zach nor myself can brag about last week’s picks, which resulted in me going 3-2 and him trailing at 2-3. I’m still befuddled by what has happened to the Green Bay Packers. At any rate, enjoy food, family, & football, and may God bless each & every one of y’all.

Another rivalry that has disappeared from the schedule is Texas vs. Texas A&M, which not only was played annually from 1915-2011, but was a centerpiece of the plot

for the 1982 classic musical comedy film The Best Little Whorehouse in Texas. However, I suppose that LSU is an acceptable substitute opponent for the Aggies. The Bayou Bengals are 6-4 in the midst of a roller coaster season, while A&M has fallen to 8-3 after getting thru the first six weeks of the season unscathed. Losing quarterback Trevor Knight to a shoulder injury hasn’t helped. I’d love to pick the upset because A&M does have the home field advantage, but I just don’t have much faith in their backup QB. Zach concurs.

The Huskies are still technically on the outside looking in at the playoff, but for reasons that we’ll get to soon they have to feel pretty confident about their chances of

ultimately sneaking in. Winning this game in impressive fashion would certainly help. The 8-3 Cougars aren’t going to be an easy out on their home field, but given what’s at stake I’d be shocked to see Washington stumble. Zach isn’t sold on Washington’s playoff resume, but agrees they should win this game.

I wish I could get excited about The Iron Bowl. It has produced some lasting memories over the years. However, ‘Bama has been so dominant

this season that I just can’t fathom them losing this game on their home field. Not only that, but I’d be surprised if it is even close. Zach is an optimist, and though he doesn’t believe there will be an outright upset, he thinks it’ll actually be a watchable & competitive game. To be honest I hope he’s right.

The Nittany Lions have clawed their way back to relevance after…issues…that we shall not revisit. Due to upsetting Ohio St. about a month

ago Penn St. would actually sneak into the Big Ten title game with a victory. Meanwhile, the Spartans have had a terrible year. There’s really nothing else one can say. I’d be very surprised if Penn St. blows this opportunity, especially in the cozy confines of Happy Valley. Once again Zach isn’t predicting an upset but he’s a bit uncomfortable with the points.

Many people may have missed the fact that Colorado moved to the Pac 12 back in 2011. Now they have an opportunity to play in the conference title game (against the 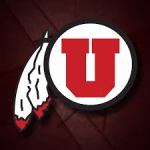 winner of Washington/Washington St.), but they must win this game or else they lose a tiebreaker against USC, who defeated the Buffaloes back in early October. Meanwhile, the Utes come into this game with nothing to gain or lose except pride & bowl position after a stunning loss to 4-7 Oregon last week. A few things are in play here. First of all, I’m not comfortable with the spread. Secondly, I think it is entirely possible that one team in this game is overrated while the other is underrated. I’ll leave it up to the reader to decide which is which. Also, though I’m NOT a conspiracy theorist let’s face it…who would the powers-that-be rather have in the Pac 12 title game…Colorado or USC?? I think that answer is obvious. And finally, Utah’s loss last week isn’t a good think…for Colorado. Do they want to end their season with two losses?? I don’t think so. We’re on the same wavelength here, as Zach IS predicting the upset in this one.

The Gators have already secured their spot in the SEC title game, where they will be beaten handily by Alabama. Conversely, the Seminoles

aren’t getting anywhere near the ACC title game unless they buy tickets. However, of all these rivalry games this one is near the top of the list as far as records or even the home field being almost meaningless. I feel a disturbance in The Force here. One team has already achieved their goal, the other has nothing to lose. Zach likes the Gators’ defense to get the job done.

It’s nice to have this game matter once again. Really cool. Now stick with me here…this might get confusing. If the Wolverines win they will play

in the conference title game against either Nebraska or Wisconsin (Wisconsin holds that tiebreaker). If Ohio St. wins and Penn St. wins then neither the Wolverines nor the Buckeyes make it to the title game…it’ll be Penn St. vs. Nebraska or Wisconsin. If Ohio St. wins this game but Penn St. loses it’ll be the Buckeyes facing off against Nebraska or Wisconsin. And oh…by the way…all of these teams are still in the conversation for the playoff regardless of what happens here, although one would have to believe that the loser will be out of luck. I’ve said all along that Harbaugh was ahead of schedule, that I didn’t expect him to have Michigan in the national championship picture quite yet. This game is being played in Columbus, which is huge. I love the fact that they are sticking to the traditional noon kickoff despite it being undeniably the biggest game of the week and an obvious choice for the prime time spotlight. It’s the little things, right?? Predictably Zach is picking his favorite team. Heck, even Stevie Wonder could’ve seen that coming.