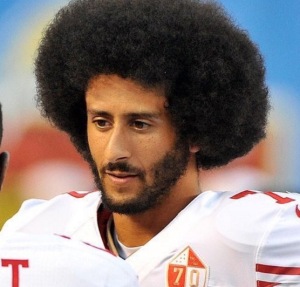 Commentary about NFL players would usually appear in the Winning & Musing feature, but recent events surrounding 49ers quarterback Colin Kaepernick and others who have joined his “protest” are bigger than sports. I have no issue with Kaepernick or anybody else sitting, kneeling, or doing whatever they wish during the playing of the national anthem, as they are well within their Constitutional rights to act however they want. Proponents of Constitutional principles who use the ol’ “America…love it or leave it” card are, in this case, contradicting themselves. Having said that, it is not a course of action that I would choose. I think the act is disrespectful and the stated purpose idiotic. It is clear to me that there are certain segments of society for whom no amount of “equality” or “fairness” will ever be good enough. Utopia is a myth. Our civilization will never be perfect. There are always going to be problems & injustices, but what matters is how we deal with issues. I prefer to address a situation and come up with practical solutions. Others choose to wallow in victimhood and engage in meaningless exhibitions of symbolic rage. It should be obvious which course of action is more effective.

I’ve come to the conclusion that I’m not much of a hero. I don’t really enjoy rescuing people who don’t have their stuff together in the midst of a constantly chaotic life. I’d rather just do my thing and not be bothered. That doesn’t mean that I mind helping those in need. There IS a difference.

Have you ever wondered what the differences are between ice cream, gelato, sorbet, & sherbet?? Well never fear, I am here to educate as well as entertain…..

*Ice cream is made from milk, cream, sugar, & egg yolks. A traditional base consists of tempered egg yolks in milk, cooking the

mixture until it develops a thick consistency. It is atleast 10% milk fat and churned at a high speed to create a light and airy texture.

*Gelato (the Italian word for ice cream) has more milk & less cream, and is churned at a much slower speed, resulting in a lower fat content and a creamier texture.

*Sherbet is a fruit-based dessert and typically contains about 1 or 2% milk fat.

*Sorbet is a dairy-free alternative made with fruit juice/purée and sugar.

And now you know. Personally I LOVE gelato but don’t care all that much for sherbet. I’m not sure I’ve ever had sorbet.

Call me old-fashioned, but I think one should wait until the divorce is final before flaunting a new relationship on social media. 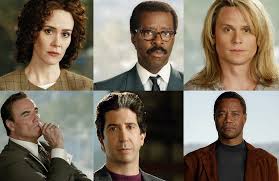