I like to laugh and believe I have a keen sense of humor, but I really don’t get the whole Amy Schumer thing. Is she really a whore or does she just play one on TV?? Either way I just don’t find her shtick all that funny. Maybe mildly amusing in the right mood…but certainly not hilarious to the point that she should be a huge star. Of course we’re talking about a culture that has made people like The Kardashians and all those Real Housewives famous, so I suppose nothing should take me by surprise at this point.

Dang it…Donald Trump is slowly wearing me down. Part of me would like to see him elected President just to watch a bunch of

people freak out. Some have already said they’d leave the country if he wins, and I think it’d be hilarious to call their bluff. Plus I sincerely do believe that we need a significant course correction in America, a total shakeup from politics as usual.

Speaking of politics, here’s another one of my million dollar ideas…..
What if we scrapped the current voting system, specifically for President?? No more primaries or caucuses. No conventions. Whoever wants to run would still have to declare by a certain date, and after that we could still have debates, stump speeches, & all the regular butt kissing hoopla. However, at a certain point before election day voting would begin…American Idol style. Once a week, month, or whatever kind of time interval is decided upon the phones would open up and/or the website would be active for a finite time…hours, days, whatever it may be. After that the lowest vote getter is out. Eliminated. Off the island. Better luck next time. They don’t get to decide when to drop out of the race…we make that decision for them. This process would continue until only two candidates are left standing. One last debate. Closing statements. Final vote. Bada bing bada boom…we have a new President. No voting booths. No polling places. The rules would obviously have to be hammered out, but we have the technology 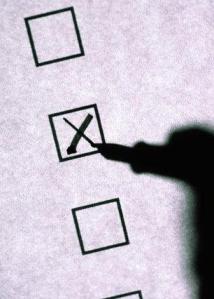 to do what needs to be done. Voting age?? Keep it at 18, or if you want to be adventurous let the teenagers vote. Set other parameters if you wish. Votes can be limited however we want. We can keep it one person one vote, or we can allow a certain amount of votes to come from a particular phone number or IP address. Perhaps everyone eligible to vote is issued an ID number that would need to be entered into the system. Whatever kind of details decided upon should be fairly easy to track so cheating can be minimized. There are two big advantages to this system. First of all, since there would be multiple votes & eliminations it is likely that people would remain engaged in the process rather than not paying attention for months & months. Secondly, I suspect voter participation would multiply exponentially. I mean really…no matter how lazy a person may be it is not that hard to pick up the phone or log onto a website to cast a vote. How does the Electoral College factor in?? Well, we can keep it as it is for the final vote. Or we can adjust the number of votes allowed from each household/phone/IP address/ID number. For example, folks in California, New York, Florida, & Texas could be allowed to cast less votes per household (or whatever criteria it may be) than a person in Rhode Island because those bigger states have more people. The possibilities are endless, but we can certainly achieve the same kind of “level playing field” effect that the Electoral College provides. The details can be discussed and even massaged over time, but the main idea is that we streamline the procedure using technology, allowing voters to cast their ballots from the comfort of home, work, or wherever they are, and also keep more people interested in the process with regularly scheduled elimination votes. What do y’all think??

Perhaps one of the biggest mistakes we’ve made in America over the past few decades is minimizing shame. When I do something wrong (it happens believe it or not) I usually know it…sometimes before I do it…and I am embarrassed & ashamed. I hope no one noticed or no one finds out about the stupid thing I did. Christians might call that the conviction of The Holy Spirit, and while I agree completely with that concept I also think that all human beings, regardless of their spiritual philosophy, have varying levels of instinctual awareness of right & wrong. Those instincts have been largely muted in our modern culture. Choices that once upon a time were dishonorable are now celebrated. People are encouraged not to be ashamed of their poor choices. 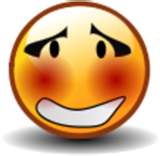 They are taught to fight for rights and have pride in their sin. Anything goes. It’s all good as long as no one gets hurt. If it feels good do it. Lots of people call this “progress”, but maybe…just maybe…we were a better nation when more folks felt embarrassed about their bad decisions rather than being proud of them. Being told you’re wrong and having others reject your “wrongness” might not be very pleasant, but it certainly instills a strength of character that will never be achieved by mass enabling. There are those that like to pit the ideas of love and judgment against each other. However, I think it quite possible that one of the most loving things one can ever do for another is tell them that they are wrong, that they are heading down a dark path that leads to bad places. Love isn’t “I’m okay, you’re okay, we’re all okay, and everything is perfect”. Love is honesty and sometimes truth can be harsh. We’ve lost our nerve, all of us too scared to clearly define right vs. wrong. Or maybe we’ve gone so far into the abyss that our ability to distinguish the two is being numbed into oblivion. Forgiveness & redemption are two cornerstones of Christianity, but what good are they if no one thinks they are doing anything wrong??

Isn’t it sad that Russian President Vladimir Putin seems like he’s a better, smarter leader than the President of the United 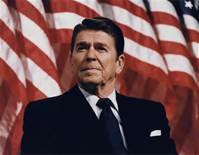 Those apps & systems that allow one to control certain household features from afar make me very very nervous. If you can control your door locks with a cell phone and check in on your little doggy on a video cam while at work it doesn’t seem all that far-fetched that others could easily gain access as well. For God’s sake…there are people that hack the CIA and computer systems of billion dollar corporations. I assume that a remote monitoring system wouldn’t pose a huge challenge. No thanks.

This is my 400th post here at The Manofesto. When I do the math that doesn’t seem like a lot over the course of 6 ½ years. It is 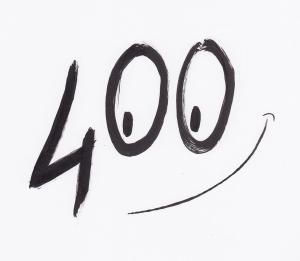 roughly 5 ditties per month. I am not nearly as productive as I could be, and that’s on me. I have spurts of creativity but also long periods of malaise. I’m not going to make any grandiose claims about doing better in the future. I’ve done that before and it was an empty promise. I am who I am and I’m mostly comfortable with that. I still enjoy doing this blogging thing. It is therapeutic for me, and I think we all need a healthy outlet of expression. I would love to see The Manoverse grow, and I’d like it to be more interactive, but I’m not going to force the issue. Please know that I deeply appreciate anyone who has ever stopped by and read even one thing that I have written. Thanks to all that have made comments over the years, even if you don’t exactly agree with my opinions. I’m not going anywhere and have plenty of ideas percolating, but I just wanted to take a moment to mark this milestone and say thank you.