I’m not Catholic, so I don’t get the whole Pope thing. He’s just a guy. Okay okay…he’s a preacher. I like preachers. I respect preachers. I believe that they are called into ministry and serve an important function in God’s Kingdom. However, it seems silly to me to weep in the dude’s presence or to think that touching his robe will somehow bring about a miracle. The Pope isn’t necessary for a miracle. Jesus is present anywhere & everywhere His presence is welcomed and He can make miracles happen. I won’t get into my personal opinions about the current Pope in particular, but I will say that I find the hero worship…especially by politicians & “journalists” who routinely advocate killing innocent babies, propagate racial & economic rancor, promote deviant & sinful lifestyles, and consistently ridicule The Bible & its teachings…to be more than a little bit disingenuous.

I think I would like autumn a lot more if it were followed by spring. Pumpkins, falling leaves, bonfires, flannel, hot soup, ghost 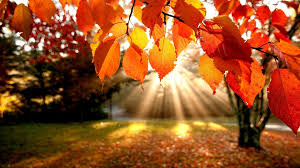 stories, candy corn, hayrides, & apple cider are all undeniably quaint & enchanting, but the fact that they are a gateway to long, cold, snowy winter is depressing and sort of kills the mood.

You know that thing on Facebook where you “like” or “comment” on someone’s crazy status and then they message you basically saying it was a trick and now you have to post some kind of crazy status or do something wacky?? Yeah…I don’t play those kind of games because…well, I’m an adult. Your mileage may vary and that’s okay.

The resignation of John Boehner is a step in the right direction for Congress, but it’s a bit

late in the game. He should have never been re-elected Speaker of the House after the last election. And I am justifiably concerned that another RINO will be chosen as his successor, which will just bring us back to the same predicament we’ve been in all along.

Oh…speaking of Facebook…..
For the love of God people…PLEASE stop posting statuses saying that “Channel 13 News” has said that we’re all going to be charged $5.99 to keep our stuff private but one can avoid the charge by copying & pasting a big paragraph full of legal mumbo jumbo. First of all, this hoax has been perpetrated a few times before. I can’t believe that people

are still dumb enough to fall for it. Secondly, Facebook’s business model has always been to make all their money from advertisers and the last time I checked Mark Zuckerberg was a billionaire so it must be working. And lastly, if/when this business model changes I am confident that we’d all be told about it well in advance thru proper channels, and one would either pay the money or leave Facebook. Do you honestly believe that simply posting a status would give you a free pass on any kind of user fee?? That’s idiotic. It’d be like going to McDonald’s and being given the choice to either pay for your meal or dance a jig on the roof of the restaurant. When you copy & paste this faux status you look like an uneducated, illiterate, ill-informed fool with absolutely zero common sense. Everyone is laughing at you. Just stop it.

I’m not scientifically inclined enough to fully understand the potential significance of water being present on Mars, but it sounds

rather cool. Once upon a time in America we were excited about space exploration…eager to find out “what’s out there”. We walked on the moon. We sent shuttles up frequently. And then over time the populace started to get bored. People began to whine & complain about all the money being spent on the space program, in part because they were afraid of losing their free ride from the government, and also because the powers-that-be did a poor job of focusing on objectives & defining the mission to the public. Just a few decades ago this latest news from Mars would have been the lead story and cause for much buzz & excitement. America’s love for sci-fi…franchises like Star Trek & Star Wars, writers like Ray Bradbury & Robert Heinlein…was built on the foundation of a fascination with space and its mysteries. It is probably true that our nation has collectively gotten lazier & less curious, more interested in The Bachelor than The Enterprise. However, let’s not sell ourselves short. We should continue going boldly where no one has gone before & exploring strange new worlds. America needs to lead the charge…not be mildly interested spectators.