Is legal suicide the same as legal abortion??

“scheduled” her death. It’s an emotional topic with a variety of opinions. No one wants to disparage a terminally ill individual. However, it’s an issue that is bigger than just one person…partly due to this woman’s actions.

I do think there is one significant difference between physician-assisted suicide and abortion even if terminology like “pro-life” and “pro-choice” can be applied to both. One of the things pro-choice advocates always say is that it is a woman’s right to decide what happens to her own body, to which my rebuttal is usually “what about the innocent child’s body??”. In the case of suicide though there is no baby to consider. This woman really is deciding only what happens to her own body.

Also, though I have been blessed enough to not have to witness it myself, I empathize with the idea of someone not wanting to suffer and not wanting their family to be burdened with the emotional & financial toll that a dying person’s last days may present. My mother died of lung cancer when she was 52 years old in 2000. I was a grown man by then but it was nevertheless gut wrenching. However, my mother’s passing, though realistically the end result of health problems that she had suffered thru for two decades, was fairly sudden. I only had to see her in a vegetative state for a few days. So I will not criticize a person for not wanting to experience weeks or months of horrific pain and for trying to spare their loved ones everything that encompasses. That being said, I have two problems with this story.

First of all, the woman (who I will not name…I’m not trying to pile on) is using her last days to become an advocate for assisted suicide. She’s doing interviews, starring in PSAs, and becoming an outspoken advocate for “death with dignity”. It’s a free country and she certainly has a right to live her life how she wants, especially given the circumstances. However, it is one thing to choose to quietly end your own life, but when a person decides to become a sociopolitical spokesman for a cause then they open themselves up to legitimate critique.

Many “hot button” issues these days are inherently controversial, but they are oftentimes made more contentious on purpose. Do we really think that

homosexuality didn’t exist a century or two ago?? Of course it did, but it has only been in the last few decades that it has become a topic of intense public debate. Did no one ever have an abortion before Roe v. Wade made it legal in 1973?? Of course they did. Why did no one seem to have an issue with the Washington Redskins in the 1980’s when they were winning Super Bowls?? Why is the team name offensive now yet it apparently wasn’t 20 or 30 years ago?? If this poor woman in Oregon had simply decided to take her own life and kept it low key then very few people would have even noticed. But she had to become an advocate. Okay…fine. But now it’s out there and the debate has begun.

Secondly, we must be able to objectively look at the subject matter in general aside from the specific individual(s) involved. Any human being would have sympathy for this person’s particular circumstances…but what about the big picture?? 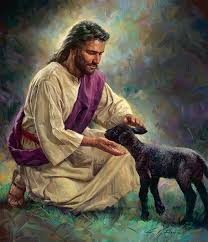 Many will have faith-based objections, i.e. it isn’t up to us to play God with our own lives or anyone else’s life. That’s the biggest issue in my book. It’s a real fork-in-the-road. Those who see nothing wrong with suicide…assisted or otherwise…are generally those who don’t exhibit a strong belief in or allegiance to God or His ways. They obviously don’t believe in miracles. People of that ilk are, in our modern times, increasingly self-centered & narcissistic. It’s the Burger King attitude – “I want it MY way, right away, NOW!!”. This woman in Oregon wants to die “on her own terms”. Nevermind that most of us will never have the opportunity to choose how or when we die…nor should we. One has the right to worship or not worship however they choose. However those who do have a deep belief in God and Biblical principles are going to see this as a poor choice. Of course the rebuttal to that is “well it’s her life and she can do what she wants”…which is absolutely true. But by advocating for this “right” for the masses and allowing the situation to go public that gives others…like me…the right to espouse an opinion. I’m really tired of Christians being accused of “shoving our beliefs down other people’s throats” and being called haters, bigots, & judgmental. Why does everyone else get to have an opinion but Christians do not?? Is my opinion not atleast as valid as pro-choice, pro-gay, anti-gun, Muslim, socialist supporters who think God is “our imaginary friend”??

Blogger Matt Walsh wrote a really good piece about this story and expresses his thoughts far better than I. His objection isn’t as much with the woman as it is with those who are holding up her choice as heroic, brave, inspiring, & honorable. I’ll let y’all peruse his article, but let me just add that to me this is a slippery slope full of “what ifs” that is all about the value of human life. It is completely understandable that this young lady in Oregon wants to avoid the horror of what is to come…as much for her husband and others as for herself. But let us ponder this. What if there is a person out there that is middle-aged, single, lonely, financially strapped, & professionally unsuccessful?? Should a doctor prescribe them The Pill of Death just because their life kind of sucks?? How about a perfectly healthy 75 year old who has retired to Florida but feels like they’ve accomplished all they can…raised their kids, had a decent career, donated their time & money to various charities…and wants to end things on a high note before they get old & decrepit?? What about the overweight teenager who struggles academically, gets bullied, and isn’t treated especially well by their family?? Should we legally help them end their life just because they’re going thru a rough patch?? Yes I know…none of this would ever happen. I am sure there is an assisted suicide rulebook in the places where it is legal. But it isn’t unusual for rules to be modified. The line in the sand often moves. People use the old chestnut “times change”. This is usually seen as “progress”. Using that logic it isn’t hard to see the very dangerous path all of this could go down without people even batting an eyelash. 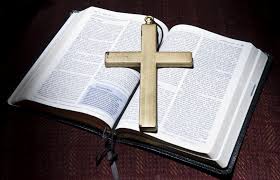 all that exciting but there are things in my life that make me smile and will continue to do so…hopefully for a very long time. I am not always the perfect ideal of morality and scrupulous behavior, but I do have faith in God and His Son, my Lord & Savior Jesus Christ. I believe that His will is more important than what makes me comfortable or content. It is for that reason that I believe we must be extremely cautious when dealing with certain matters…especially the sanctity of life. We must be sensitive to the issues that others face. But we should not put their decisions on a pedestal. The world is watching, and when we cross the line from empathizing with a person’s tragic plight to rubberstamping & applauding their decision to circumvent the will of God in a vain attempt at making their path easier then I believe we have gone too far.

I realize that I am likely in the minority on this. I understand that people are going to continue making these types of decisions whether I approve or not. And I agree that, at the end of the day, each person must choose how to live their own life and not get wrapped up in everyone else’s opinions. I just think the world would be a better place and the golden streets of Heaven would be far more crowded someday if folks were guided by God’s will instead of their own.

2 thoughts on “Pro-Life vs. Pro-Choice: A Whole New Perspective”