Let me be clear. No intelligent, sane person would advocate racism. It was wrong 200 years ago when slavery was in full force, it was wrong a half century ago when public establishments had separate restrooms for blacks & whites, and it is wrong in 2013. However, having said that, I must admit that I am troubled by the brutal precision & rapidity of the destruction of TV chef Paula Deen. It’s almost like witnessing a mafia hit right before our very eyes. It is quite possible that I have missed something because admittedly I have not pored over each & every story written or broadcast about the controversy. If that is the case please utilize the comments section to correct any assumptions I have made in error. My understanding is that Ms. Deen admitted in a deposition that she has, in the past, used “racially insensitive language”, i.e. the dreaded “N word”. I think what needs clarified that hasn’t been…atleast not to my satisfaction…is the timeline & frequency

of use. Did she used to use that type of language 30 or 40 years ago as a young person?? If so I hardly find it surprising given that Paula Deen was raised in the deep south in the 50’s & 60’s. Has it been a regular part of her vocabulary and frame of mind more recently?? If that is the case then the reaction becomes a bit more understandable. If it is the former then the swift destruction of her public persona and professional life is extremely disconcerting. I would hate to think that my life could be wrecked tomorrow because of the stupid things I may have said or done two or three decades ago. If it is the latter and Paula Deen really is a racist then how in the world has it been a secret for this long?? There are a lot of unknowns about all of this, but no one seems willing to take a deep breath, step back for a moment, and find out answers. In less than a week Paula Deen has been almost completely ruined. Maybe it is a well-deserved punishment…but maybe it isn’t. It is entirely possible that Paula Deen is yet another casualty of the merciless PC Police who selectively choose their targets while letting other, far more sinister offenders get away with anything & everything (“Reverends” Jesse Jackson and Al Sharpton immediately spring to mind). I don’t know the right answer and we may never know. But even if we do eventually find out that this has all been overblown and exaggerated it’s too late for Paula Deen. Her career is over and she will eventually slip into obscurity like so many public figures that we chew up and spit out when we’ve grown bored with them. All I know is that Deen is being tossed off TV yet those twits at The View all still have jobs, which is wrong no matter how you slice it.

I am a proud bookworm with eclectic tastes and an open mind. When people I know & trust mention how good a book is or say that they think I’d really like a certain title or author I am inclined to give it a whirl. However, I also have to be true to myself. I have been in the bookstore at my local mall countless times in the past few months and every time I ponder checking out George RR Martin’s A Song of Ice & Fire series (on which HBO’s 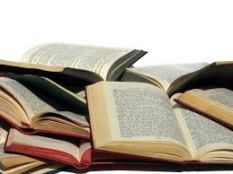 Game of Thrones is based), but I just can’t seem to convince myself to give it a go. I’m not sure why. I’ve never watched Game of Thrones and feel no inclination to start. Maybe I’ll change my mind in the future…probably after the masses have moved on to something new. I am a non-conformist like that. I have decided though to give author Vince Flynn’s Mitch Rapp series a try based on vociferous praise toward the books by my man Rush Limbaugh over the past several years. Sadly Flynn recently passed on so I am, as usual, late to the party. Along the lines of my aforementioned non-conformity I have also decided to sell my Amazon Kindle. I bought it a few years ago and have hardly ever used the thing. I’m old-fashioned and prefer to read an actual book. I did grab the Kindle and dust it off recently in an effort to give it one more try but I just don’t care for it.

I am confused about the Men’s Wearhouse guy. How does one get fired from a company they founded?? That

I promised myself I would refrain from a long diatribe about recent rulings by the U.S. Supreme Court that have forever redefined marriage in our nation and Congress’s decision to essentially legalize illegal immigration. I have been quite proud of myself these past few days for not posting my opinions on Facebook and not engaging in any pointless debates with liberals. I have finally come to understand a couple of things. I realize that nothing positive comes out of such arguments. I

understand that the America I grew up in is dead & gone and can never come back. I know that I am firmly in the minority on many issues nowadays. But I also…at last…understand the words of Romans 12:2 which implore us “do not be conformed to this world, but be transformed by the renewing of your mind, that you may prove what is that good and acceptable and perfect will of God’ and the words of John 17:14-16 which says “I have given them Your word; and the world has hated them because they are not of the world, just as I am not of the world. I do not pray that You should take them out of the world, but that You should 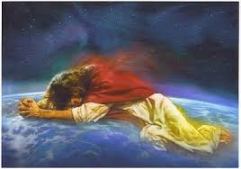 keep them from the evil one. They are not of the world, just as I am not of the world.” I owe God an apology. It has taken me far too long to truly grasp the concept. The truth is that I have grown tired of the battle. I no longer wish to engage in a fight I can’t win. So I shall retreat further into my cocoon with my books, my sports, some good food, internet access, God, and of course Rocco. That doesn’t mean I won’t espouse an opinion now & then, but I no longer expect victory in the worldly sense of the word. Congratulations libs…the country is yours now. Do with it what you wish. Just leave me out of it.

It may seem unusual but The Lord is telling me to do this. I would like to ask anyone who may be reading this to please be in prayer for your humble Potentate of Profundity. Nothing is wrong and actually I don’t have anything significant to complain about. But it has become clear to me that too much of the time I am not the person God would have me to be. I stumble far too much and don’t live in the Christ-like fashion that I should. I don’t drink, do drugs, or steal, but I believe I stumble in the subtle, stealthy ways Satan is so good at drawing us into. I have spent far too much time wondering why so many others have things that I would like to have…a 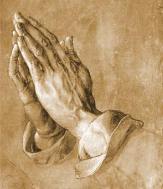 wife, kids, a good job that I enjoy, etc…when the answer is quite clear. Luke 16:10-12 says that “He who is faithful in what is least is faithful also in much, and he who is unjust in what is least is unjust also in much. Therefore if you have not been faithful in the unrighteous wealth who will commit to your trust the true riches?  And if you have not been faithful in what is another man’s, who will give you what is your own?”. In other words, why should God trust me with the things that I wish for when I’ve not been the person He wants me to be?? We don’t have to earn God’s love, but perhaps we do have to earn His trust. I would really love to hear some thoughts & guidance on that idea. At any rate, I do truly desire a fresh start and an opportunity to be a better man today than I was yesterday and still better tomorrow than I have been today. I’ve made a lot of mistakes. I suppose I will still make mistakes in the future, but I’d welcome the chance to atleast make new mistakes and not repeat the same dumb errors that I have in the past. I am sure God would welcome a change of pace as well.

One thought on “Points of Ponderation…..Episode 8.13”