I feel the need to be candid. There was a brief moment this past weekend when I seriously pondered the idea of ending this charade. You see, I am a person who probably takes sports a bit too seriously. Losses affect me very deeply. I do not have a wife or girlfriend. I do not have children. I do not have a lot of friends or copious amounts of discretionary cash. I enjoy simple pleasures, one of those being the success of my favorite sports teams. When my Pittsburgh Steelers, who I knew deep down in my gut months ago might be on the threshold of a downward spiral, lost on a last second field goal to the Tennessee Titans on Thursday night, I was extremely disappointed. Then Saturday came and my “other” favorite college team (the top dog being my alma mater’s Marshall Thundering Herd, who were enjoying a bye week), the Top 5 ranked WV Mountaineers, were inexplicably blasted by Texas Tech, I was devastated. To add to the frustration I am in five fantasy football leagues and am not doing well in any of them. So when the icing on the cake became yet another exasperating go round with these picks I entertained the notion of just quitting. After all, this is my blog. I write what I want, and am under no obligation to continue banging my head against a brick wall for no reason. I am not getting paid for this, as I have mentioned numerous times. But the truth is that I am generally not a quitter. The book of Proverbs tells that “Pride goes before destruction, and a haughty spirit before a fall. Better to be of a humble spirit with the lowly, than to divide the spoil with the proud.” The football gods have humbled me, but I will move forward. Last week I went 2-7, with a few of those losses being games where I picked the right winner but they did not cover the spread. Overall for the season I am now a horrifying 19-34. Nothing much I can say to defend that.

When picking South Carolina to defeat LSU last week I did say that “LSU might have finally gotten the wake-up call they needed” when they lost to Florida the previous Saturday. I was on the right track I guess. Meanwhile, the Aggies have quietly gone 5-1 in their inaugural SEC season, with the only blemish being a narrow loss to Florida in the first week of the season. Two things jump out at me here. First of all, the game is in College Station. Secondly, it is more than possible that the Bayou Bengals could suffer the proverbial “hangover” or letdown after such a huge win last week. One must also 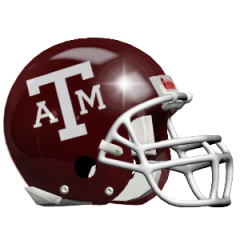 wonder whether LSU could be looking ahead to a showdown with #1 Alabama next week. It is for these reasons that I think this’ll be a real dogfight. Which is the real LSU?? Is it the team that destroyed the Gamecocks last week, or is it the team that struggled to beat Towson and Auburn?? The answer probably lies somewhere in the middle, and that is enough for me to predict the upset. Go Aggies!!

I didn’t think the Cyclones stood a chance against Kansas St. last week, but even though they lost it was by less than a touchdown. Oklahoma St. has been a rather prosaic 3-2 thus far, and are very surprising

favorites in this game. I understand the concept of a home field advantage, but 13.5 points?? I don’t think so. The Cowboys might win, but it’ll be much closer than that.

The race for the Big 10 title is intriguing. Two of the top teams in the conference, Ohio St. & Penn St., are both ineligible for the crown and won’t be participating in postseason play. That really opens things up for other squads. Unfortunately for these two teams they play in the other division of the Big 10, meaning the woes of Pedophile St. & Tattoo St. are meaningless because they still must contend with Iowa and Michigan to go anywhere. The Wildcats have been impressive while going 6-1, and Nebraska less so while amassing their 4-2 record. If Northwestern wants to prove

that they really belong at the big table with the good teams they have to win this game. It is telling that the oddsmakers have made the Cornhuskers the favorites, because it indicates that they really aren’t buying Northwestern as legitimate contenders. Wrestling legend Ric Flair used to say “To be the man you have to beat the man”, which is true. I am going to go way out on a limb here and take Northwestern to defy the odds, beat the man, and prove that they are legit.

We all know what happened to South Carolina last week at the hands of LSU, but I think it is way too soon to count out the Gamecocks, who only lost that game by 2 points. I personally haven’t given Florida much respect this season, but they have been impressive compiling a 6-0 record and skyrocketing to 2nd in the BCS rankings, meaning that if they win out 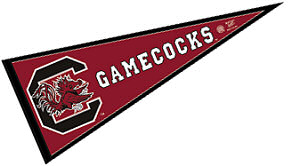 they will play for the national championship. This game is at The Swamp, which explains the 3 point spread. Actually I am surprised it isn’t bigger. This game is also a big one for coach Steve Spurrier, who I am sure everyone will remember played & coached at Florida. I just don’t believe that Spurrier will let his team lose two weeks in a row. I think RB Marcus Lattimore will have a huge game, and defensive end Jadeveon Clowney is a beast who I think will be spending a lot of time in the Gators’ backfield en route to a huge South Carolina victory.

Are the 4-2 Seattle Seahawks for real?? What is wrong with the 4-2 49ers?? It is fascinating that we can look at two teams with identical records thru such vastly different prisms. Much was expected from San Francisco this season, and they really haven’t delivered as fully as most thought they would. Conversely, no one expected anything from Seattle and they have over delivered in a big way. I still think Frisco is the better team and will eventually win the division easily, but 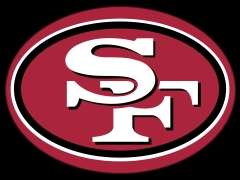 Seattle might atleast remain in the discussion for a wildcard spot. As far as this particular game goes, it is the Thursday night NFL Network game, and I’d be shocked if the 49ers didn’t respond…strongly…to last weekend’s loss to the NY Giants. Seattle will suffer the classic letdown after a tremendous win over the New England Patriots and lose this game by double digits.

So far it looks like the choice of QB Robert Griffin III in the 1st round of the draft was an excellent move. I couldn’t name a single wide receiver or running back on the Redskins’ roster, but it doesn’t matter. RGIII has singlehandedly

re-energized the team and its entire fanbase. Meanwhile, the defending Super Bowl champion Giants are just plodding along at 4-2, neither looking like world beaters nor totally sucking. Because Griffin had such a standout effort last week I am picking the Giants this week. Rookie QBs are nothing if not inconsistent, and I just don’t think RGIII will shine again so soon. I believe he will be neutralized by the Giants’ pass rush, led by Mathias Kiwanuka & Jason Pierre Paul, and the Giants running game will dominate the time of possession.

Two of the most surprising teams in the NFL this season go head-to-head. The Cardinals come into this game 4-2 with a share of the lead in the NFC West. The Vikings got victimized by RGIII last Sunday but are still a respectable 4-2. I feel like 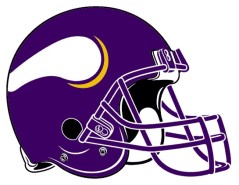 this is a total pick ‘em game, but the edge comes from the rushing attack. We don’t know who’ll tote the rock for Arizona, because their RBs keep getting injured. Conversely, the Vikings can count on the reliable Adrian Petersen, who isn’t averaging big numbers in 2012 but is a steady force that enables WR Percy Harvin to get open for big plays. That’s the difference and why I am picking Minnesota.