I can sometimes be a bit reactionary, which is why I have learned over the years to contemplate my thoughts for a bit…cool the engines, so to speak. There are still occassions when I express instantaneous, raw, unfiltered emotion, sometimes regretfully so. I’m working on it. But in the meantime, I always try to maintain some level of considerate decorum here at The Manofesto, which is why I decided not to immediately go off half-cocked and fire out a missive about the capture and…elimination…of Osama Bin Laden. I wanted to ponder for a day or two. In the midst of that ponderation a couple of interesting things have risen to the surface.

First of all, let me say God Bless America and our military. It’s hard to find any kind of silver lining in the events of September 11, 2001, but if I was forced to come up with something I would point out that over the past decade the level of respect & admiration for men in all manner of uniform…police, firefighters, soldiers…has 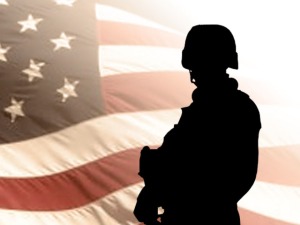 risen sharply. As a whole I think maybe we sort of took those folks for granted pre-9/11, which is unfortunate. I hope the veneration now given to the people who literally put their lives on the line every day to protect & defend our freedom and safety remains constant. Those individuals should always be held in the highest regard.

I want to focus on two things that have occurred in all the celebratory commotion surrounding the long awaited capture and demise of Bin Laden, one of which makes me angry, the other which makes me think and evaluate my own thought process.

I was at work on the evening that the news broke. A co-worker received a text saying that Osama Bin Laden was dead. I had been crazy busy the entire evening but at that point was able to hop online and get the scoop. I was as pleased and proud as anyone. A couple of hours later I was able to watch the ongoing news coverage in the relative comfort of The Bachelor Palace. It was then that I finally saw President Barack Hussein Obama’s original press conference.

My disdain for the current occupant of 1600 Pennsylvania Avenue is well known to my friends and family, many of whom disagree with my opinions. The President’s announcement was unsurprisingly peppered with “I”, “Me”, and “My”. He subtly inferred that the hunt for Bin Laden only began once he took office. As if Mr. Obama’s own self-importance wasn’t enough, the public then chimed in. The “mainstream” drive-by media…predictably…fell to their knees to fellatiate their President, as if he had singlehandedly captured Bin Laden and brought him to justice. The “ladies” of The View said there was no use to even have an election in 2012, that no Republican would be able to defeat Obama after this heroic feat. The general public was even worse. I spend a lot of time online and some of the posts 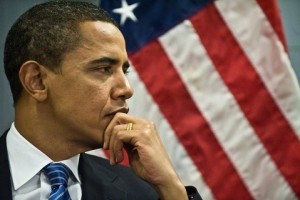 I saw on Facebook and other places were horrifying. Obama was suddenly a cross between Chuck Norris and Abraham Lincoln, with enough tiger blood and Adonis DNA to make Charlie Sheen shake like Michael J. Fox at a Justin Bieber concert. Obama’s arrogance combined with the senseless adoration of the masses is a lethal cocktail of aggravation. Throw in abject hatred for former President George W. Bush & conservatives in general and pepper in a skosh of imaginary racism (because if one disagrees with Barack Hussein Obama that person MUST be a racist according to the liberal playbook), and what you have is a nation divided. On one side are those who swoon at the mere mention of the man’s name, like “journalist” Chris Matthews, who once said that Obama sent a thrill up his leg, and the infamous Peggy Joseph, who attended a campaign rally in 2008 and said she was excited because Obama was going to pay her gas bill & mortgage. On the other side are thinking Americans who have some legitimate concerns about the man’s beliefs, policies, and leadership capabilities. People are disturbed by a floundering economy, out of control spending, the growth of the federal government and its role in everyday life, high unemployment, gas prices that seem to rise almost daily, and other various issues. I am willing to have an intelligent discussion with anyone about authentic differences of opinion, but I will not give heed to mindless hero worship, especially when it is far from deserved.

The manhunt for Osama Bin Laden began soon after 9/11, and it was President George W. Bush who laid the groundwork. The same people who are putting Obama on a pedestal today are the ones who have been eviscerating Bush for over a decade for The War on Terror. You can’t have it both ways ladies & gentlemen. Did Obama give the final order greenlighting the raid on Bin Laden’s compound?? Yes, and kudos to him for that. But let us not forget that it was a moment that would never have been possible without many courageous decisions made by Bush years before. As more information emerges we are learning that information from 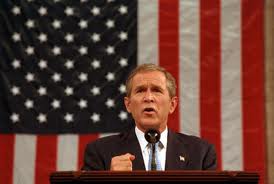 “detainees” at Guantanamo Bay, gotten using “enhanced interrogation techniques”, ultimately lead to Osama Bin Laden sleeping with the fishes. This is the same Guantanamo Bay that liberals have wanted to shut down almost since Day 1 and that Obama originally stated he would close as one of the first acts of his presidency, and the same interrogation, i.e. “torture”, which the Left has been whining about for years. So while Obama worshipers around the globe are sticking out their puffed up chests and beaming with pride about what The Chosen One has accomplished, we all need to realize that what he has really done is hop in the car on the white flag lap and claim he won the race. I applaud The Obama Administration for understanding the importance and fundamental necessity of the foundation laid by their predecessors and for not kowtowing to the extremists in their base constituency, but I wholeheartedly reject the idea that we should have such rock star awe for any politician, especially when he has spent the past 3 years showing utter disdain for the very framework that eventually lead to the event for which he is now receiving enormous praise.

The more fascinating thing to arise from the death of Osama Bin Laden is the apparent moral ambiguity felt by some. As thousands of Americans took to the streets in Washington DC, Times Square in New York, and various other locales, others were feeling just a wee bit uncomfortable about celebrating a man’s death, even a man as undeniably evil as Bin Laden. Some have said it was too reminiscent of how the streets of towns in The Middle East  were filled with revelers thrilled about 9/11. I’ve seen quotes from Martin Luther King Jr., The Bible, and various other sentiments that basically say it is wrong to rejoice in a person’s death, regardless of who that person was and what they’d done. There are debates about whether it was murder or justice.

At first I was quite dismissive of this thought process, but I have since paused for reflection. My initial gut reaction was “HELL Yes!! We got that bastard!! USA!! USA!!”. To be quite honest I still lean in that direction. This is a man that masterminded a plot responsible for the senseless slaughter of over 3000 Americans. I tend to try to see the good in most people, but I liken Osama Bin Laden to Michael Myers from the Halloween movies…pure evil. I therefore don‘t really have any

sympathy for the man nor am I inclined to feel one iota of remorse about his death. However, I am also a Christian (just not a very good one) and

have an appreciation for philosophy, so I understand on an intellectual level why some feel the way they do, and I will even concede that they are probably better, nicer people than me. I have a lot of respect for their opinion, even if I disagree. There is a fine line between justice and revenge, and under most circumstances seeing large crowds lustily partying because of a man’s death would be a cause for concern. This is America…we ARE better than that. But the particulars of the situation are so unique that I cannot take issue with the joy expressed at the end of this long journey. I would like to think that the families of those killed in the World Trade Center, at the Pentagon, and in a field in Shanksville, PA now have some sense of closure. Nothing will ever bring their loved ones back, and the death of Osama Bin Laden may seem like a bit of a Pyrrhic victory, but it is right and it is just. To those who take exception to the jubilance, I can only say that I get it, I admire your morality, and I hope someday folks like you become a bigger influence not only in my life but in the world as a whole.