I honestly don’t know what took so long for this idea to form in my brain, but today I am introducing a new area here at The Manofesto dedicated to my roommate, my best little buddy, and the closest thing I have and may ever get to having a child…my dog Rocco. He’s a couple months shy of turning 3, while The Manoverse was formed in my image just over 2 years ago, so I am surprised that I didn’t feel compelled to do this right from the start. Maybe it’s just that deeper, more thought-provoking subjects are beginning to lose their luster.

At any rate, it all began on a warm and stormy July evening. I had made my way to a local Independence Day

celebration featuring a symphony orchestra and fireworks. It was July 3, because the symphony never plays in our town on the actual holiday. After all, we have to import them from elsewhere because Lord knows my little hometown isn’t culturally literate enough to have its own orchestra. So on this particular night…a Thursday if memory serves me correctly…I headed to the local park for some music and explosives. As I was sitting in my usual spot I noticed that people kept going up to this couple with a rather large cardboard in their vicinity. Upon further review I noticed that all these folks were holding puppies. More specifically, pugs.

I waited until the small crowd had dissipated before checking out the scene myself. Sure enough the box contained two pugs, both about 7 weeks old. I talked to the couple, who it turned out were breeders from a nearby city. I am not one to jump into things blindly, so after holding one of the pups for a few minutes I decided that I’d ponder the issue and then atleast get the couple’s phone number at intermission. Unfortunately Mother Nature had other ideas.

Just minutes before the show was set to start it began to rain. And this was no light sprinkle…this was a deluge. I look forward to this show every year, and I really didn’t want to leave, but the vast majority of the crowd had already headed toward their vehicles so I followed suit. By the time I made it back to Big Red (my red Buick Skylark) I was soaked. I couldn’t possibly have been any wetter if I’d

dove into a swimming pool. I sat in the car for a few minutes, but most folks were leaving and the storm wasn’t letting up, so I headed home, about 10-15 minutes from the park. Wouldn’t you know it, just about the time I pulled into the parking lot of my building the rain began to taper off. I went upstairs to The Bachelor Palace and turned on

the TV, only to immediately see a crawl across the bottom of the screen on the local station saying that the symphony and fireworks were still on despite the weather and that the show would start in about 10 minutes. I was not a happy camper. I knew that by the time I changed out of my dripping clothes and got back to the park that not only would I have an issue with parking but I’d certainly be missing a good chunk of the show. Deciding that it was my own stupid fault for not being patient (if only I’d sat in my car back at the venue for another 10 minutes), I just chose to stay home. I had a feeling it may rain again soon anyway (I was wrong).

As if missing the symphony & fireworks wasn’t enough, it dawned on me…after I’d slipped into dry clothes…that I hadn’t gotten the number 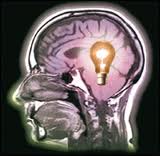 of the dog breeders. Crap!! Now I was doubly unhappy. However, occasionally a light bulb comes on in my noggin, and I had an idea. I decided to check on the website of my local paper to see if there might be an ad. Afterall, taking two (and there were 8 in the litter…2 boys & 6 girls) puppies to the park during a Fourth of July celebration couldn’t possibly be the only outlet they’d use, right?? Right I was. There was an ad!! I waited until Saturday so as not to infringe on anyone’s freedom festivities, and called to ask some questions. I had done some research online and felt like I knew the information I needed. I had known for quite some time that if I ever got a dog that pugs were high on the list. I wanted a small dog, but not a wussy dog like the ones women carry around in their purse. I had always thought that their smushed face was kind of adorable. And I liked the fact that even though they are small they are sturdy & strong…kind of manly. All of this had been a vague thought amassed somewhere in the deep recesses of my brain, but I’d never

really given it serious ponderation because for the first several years I’d lived in The Bachelor Palace dogs were not allowed. However, that restriction had been lifted about 2 years previous, and pets were now permitted as long as they did not exceed certain size limitations, which was fine by me given my preference for smaller dogs anyway. Pugs were easily within acceptable parameters, yet because of my penchant for not making snap decisions I still didn’t commit to anything after the initial phone conversation with the breeder. But I was at the point where I was very seriously considering becoming a dog owner.

At this point I should mention the issue of timing. The summer of 2008 was the perfect time for me to get a dog, and I knew it. I had been out of commission for 2 years with an ulcer on my tailbone. Hospitals, “skilled” nursing facilities, surgery…it was an ordeal, but by that summer I was recovered and back out & about, trying to get back to business-as-usual. However…and this is the key…I was not back to work yet, so for a very brief window of time I had ample time to spend on training & such. I realized that in the very near future I’d have a job and it might be very difficult to have a brand spanking new puppy to take care of as well. This was the moment. I had the time, the funds, and the opportunity to get the exact kind of dog that I wanted.

A couple days later, after some heavy research about pugs, I called the breeder back and made arrangements to visit their home and choose from amongst the litter. However, I knew I wanted a male, so I really only had to choose from among two. The day after that I received a call saying that one of the males had been claimed, so now there was only one remaining and he was mine. The lady I was dealing with made mention that their family was coming back my way on Friday and they’d be happy to bring my puppy along. We made arrangements to meet at a convenient location, which we did.

The rest, as they say, is history. I will delve into that history a bit more some other time, but this is a blog, not a novel, right??

One thought on “The Rocco Chronicles…..Chapter 1”