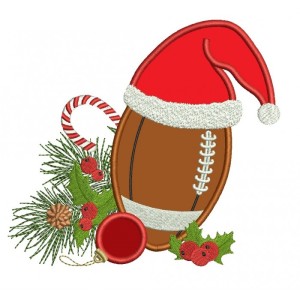 The NFL is heading down the regular season home stretch, which means a few things. There was no Thursday night game, which made for a rather boring evening. The good news is that there are Saturday games now, so pay attention to the schedule so you don’t miss any action. The playoffs are taking shape, so several games involve teams playing for their post-season lives or atleast jockeying for seeding. Zach (3-2) bested me (2-3) last week, and kudos to him for picking the Atlanta Falcons. He may not have predicted the surprising upset, but he knew something was amiss. Merry Christmas to all who take time to stop by our cozy little corner of the info superhighway on occasion. The Manofesto continues to be labor of love and the best therapy this guy could ever dream of having.

The Saints are obviously in the playoffs already, but they’re still battling the 49ers, Seahawks, & Packers for the NFC’s top seed. It’s a different story for the Titans. They could a) win the AFC South, b) make the playoffs as a wildcard, or c) not make the playoffs at all. Normally I put a lot of stock in a team with so much at stake, but not only is New Orleans clearly a better team, but they also have something to play for as well. Tennessee will likely make a game of it on their home turf, but I think the favorites win by atleast a touchdown. Zach agrees. He believes Titans’ RB Derrick Henry will have another nice game, but it won’t be enough to overcome a better one from Drew Brees.

Fans here in West Virginia are excited because former Mountaineers QB Will Grier will get his first career start for the Panthers. Grier was chosen in

the third round of last spring’s draft but was beaten out by Kyle Allen…an undrafted free agent with a year of pro experience…for the backup job. That decision proved to be noteworthy after starter Cam Newton got injured early in the season, and Allen did well for awhile. However, at 5-9 the powers-that-be in Carolina have decided it’s time to see what Grier can do. Newton is injury prone, expensive, 30 years old, and a free agent, so the future may be now for the Carolina Panthers. The Colts are familiar with quarterback issues, although to be fair Jacoby Brissett seems to be a solid NFL starter. Brissett hasn’t been Indy’s problem…it’s all the damn injuries. Trust me…I have TY Hilton & Marlin Mack on more than one fantasy team and their frequent absences have killed me. At any rate, s much as I’d love to see Grier do really well and get a leg up on becoming Carolina’s next starting QB I have to believe that Indianapolis will take care of business on their home turf. Conversely, Zach has no faith in Indy and thinks Carolina will control the clock & eat up yards on the ground to score a mild upset.

This is it…the epic battle of two 7-7 teams for the NFC East crown. I don’t think it matters which team actually makes it to the playoffs…whichever one gets there will likely be bounced in the first round by a really good wildcard. Jerry Jones has probably already made his decision to fire Jason Garrett, but it’d be really entertaining to watch ol’ Jerry’s head explode when the Cowboys miss the playoffs. The Eagles have fallen mightily since winning the Super Bowl a couple of years ago, but hey might be able to find a silver lining in an otherwise subpar season by winning the division. Zach thinks the Cowboys are too inconsistent and won’t be able to follow u last week’s big win with another. 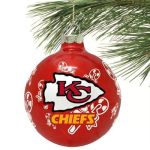 I had such high expectations for the Bears this season, but they’ve severely underachieved and QB Mitch Trubisky has regressed to the point that I’m not sure his stay in Chicago will last all that much longer. Conversely, the Chiefs have been as advertised and are probably thinking Super Bowl. The talking heads like to point out cracks in KC’s armor, but I’m just going to go ahead and put this out there…I think they can beat both the Baltimore Ravens & the New England Patriots. I’m not saying it’ll be easy, but I am opining that it is possible. As far as this game goes, a lot depends on Trubisky. Every once in awhile he does show up & play like the high first round pick that he was, and if that happens this could be a really fun game. However, it is more likely that Trubisky is as unimpressive as he’s been most of the season and the Chiefs win by double digits. Zach concurs.

Everyone has kind of forgotten about the Packers while fawning all over the 49ers, Seahawks, & Saints, but they are 11-3 and could still be the top seed in the NFC. But…but…the Vikings are only one game behind, so the NFC North is up for grabs and will probably be decided by this game. I am intrigued by the points. I know it’s a home game for Minnesota, but it feels like the oddsmakers are giving them a lot of respect. This is the Monday night game, and Aaron Rodgers is only 7-8 on Mondays, which seems weird. I’m far too lazy to look it up, but it feels like he usually has a good game but his team somehow lets him down. Will that happen again?? I don’t think so, and neither does Zach.