I don’t necessarily have a dog in the fight on this whole Roseanne Barr situation. I never watched the original incarnation of her sitcom, and wasn’t the least bit interested in the reboot. Her sense of humor just isn’t my cup o’ tea, and I was bemused by the support the new show received from my conservative friends. Roseanne Barr isn’t conservative…but of course I suppose the same thing can be said about President Trump, who has been all over the political map in his lifetime. I voted for Trump a) because I thought he was a better choice than Hillary Clinton, b) I’m all for “draining the swamp” and trying something new instead of the same ol’ out-of-touch politicians who aren’t the least bit interested in actually accomplishing anything meaningful, & c) I knew the hissy fit from the leftist elite in Hollywood, the media, & elsewhere would be delightfully entertaining. Having said all of that, it is undeniable that both manifestations of Roseanne were critically acclaimed & wildly popular, making ABC’s sudden decision to cancel based on a tweet from the titular star quite stunning. The cancellation doesn’t affect my life one way or another, but I am fascinated by the hypocrisy. Truly vile things are said daily on ABC’s daytime talk show The View, and that network’s own Jimmy Kimmel has been a huge contributor to making late night television unwatchable…but that’s okay because their politics toe the company line. In its statement about cancelling Roseanne ABC spouted off some kind of poppycock about her Twitter remarks

not being consistent with their values. ABC & ESPN are both owned by Disney, and anyone who has been paying attention knows what those values are. The quick trigger finger displayed in this particular execution indicates that the powers-that-be were just looking for an excuse to cancel the show, just like the reasons given a year ago for axing Tim Allen’s conservative leaning sitcom Last Man Standing were weak at best. Another network probably won’t resuscitate Roseanne like they did Last Man Standing…especially since some of Roseanne Barr’s castmates have already thrown her under the bus…and I honestly couldn’t care less. I just think it’s sad that we’ve come to a point that everyone is so damn sensitive & phony.

What is the difference between a cookout, picnic, & barbeque?? Most of us use the terms interchangeably, but they do vary slightly. A picnic is a meal prepared or assembled in one place and enjoyed somewhere else…typically outdoors. Heck, sometimes one doesn’t even prepare the food themselves. Just hit the grocery store for some potato salad, baked beans, cole slaw, watermelon, & cold drinks, make a quick stop at KFC for a bucket of fried chicken, then head outside to your favorite spot…BOOM…picnic. Conversely, at a cookout the food is prepared on the spot and eaten right away. A cookout involves any kind of food that is cooked on a grill…burgers, hot dogs, chicken, veggies, steak, fish. It’s all good. A barbeque has a more

narrow focus on food that is slow cooked…ribs, brisket, a whole pig or deer. At a picnic you’ll consume previously prepared chicken. At a cookout you might eat chicken breasts that have been grilled for 5 or 10 minutes. At a BBQ there’ll be a whole chicken that’s been smoked or roasted for hours.

A couple of years ago I made a quiet promise to myself to refrain from sociopolitical “debates” on social media. It took me awhile to get the hang of it and for a time I still found myself engaging on occasion, with such “discussions” leaving me with nothing but elevated blood pressure & increased disdain for the human condition. However, this year I’ve been quite proud of myself, having passed on numerous opportunities to jump into the fray, and on the rare 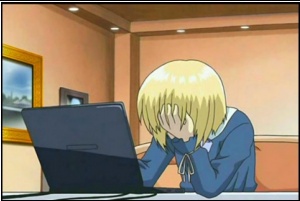 occasions when I do comment I keep my thoughts abbreviated & respectful. Last year…when I was still intermittently falling off the proverbial wagon…I “unfriended” & blocked someone who’d been a friend for over two decades. I realize that some may think of such an action as immature or silly, but for me it was a healthy choice. Unbeknownst to my old friend I unblocked him quite some time ago, and his privacy settings are such that I am able to lurk or troll. I recently ran across a lengthy thread on his page that confirmed to me that I had done the right thing. What this person does is purposely post inflammatory thoughts & opinions then sit back and enjoy the show. Inevitably there is atleast a person or two unable to stay within the lines of courteous & intelligent conversation, and that’s when the name calling, foul language, & even threats begin. And then my friend has the unmitigated gall to make a weak attempt at being the even-tempered, “can’t we all just get along” Voice of Reason. It’s a sick game that he’s been playing for years, deriving vile pleasure from all the attention he is receiving & the trouble he has stirred up, all the while trying to present himself as blameless & innocent. I look back at all the times that I fell into the trap, the instances when I was among those acting crazy & saying nasty things in the midst of the fray, and I am deeply ashamed. A person has the right to post what they want (within legal & decent parameters) on social media. That’s freedom of speech. That being said, others can choose if or how to react, and personally I have become more inclined to just keep scrolling. Your mileage may vary.

And that’s all I have to say about that.

I mentioned awhile back that I thought the “veracity of the #MeToo and #TimesUp movement(s)” were “almost mortally wounded” after a really stupid story about comedian Aziz Ansari. And now surely the death knell has to be sounded after a provably false accusation was made against legendary actor Morgan Freeman by an insipidly idiotic “reporter” on CNN. Here’s a tip ladies: if you’re going to slander someone…especially a person who is respected & revered by millions…you might want to make sure there aren’t any video cameras around. I’ve thought almost from the beginning that for every legit claim of “sexual misconduct” there were probably five more that were absolute nonsense, but of course most of the accusations have been from many years ago and had no witnesses one way or another, so far too many people fell into the trap of just believing the allegations of a “poor innocent victim”, and thus careers have been destroyed. Billy Joel once sang “she’ll carelessly cut you and laugh while you’re bleeding”, while Ricky Nelson crooned “she’d play around and tease me with her carefree devil eyes…she’d hold me close and kiss me but her heart was full of lies”. Men are finally getting fed up with the garbage being hurled at them by women. Pack a lunch ladies…it’s on like Donkey Kong!! I hope Freeman sues CNN into oblivion.