I am usually not one to leap before looking, to venture out on a limb before pondering the consequences. However, after publicly stating my intention, way way way back at the beginning of 2012, to dive into The Bible book by book here at The Manofesto, I began to wonder what exactly I had gotten myself into.

I consider myself to be a pretty decent writer, but with no shortage of Bible studies, concordances, &

analyses of The Good Book out there…especially in The Information Age…what do I bring to the table that’s any better or different?? There is no way that I can even be in the same league as the God-inspired authors who wrote The Bible…men like Moses, Paul, & Peter. How do I approach the task??

Like a true procrastinator I have spent several years pondering this idea. Have I come to any solid conclusions?? To be honest…no. But I know three things. I know that I learn best by doing. I know that this project will be beneficial…certainly to me, and hopefully to others. And I know that sometimes one just has to jump in with both feet and get started.

I have stated many times here & in speaking to people personally that, while I am a Christian, I am not a very 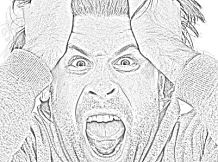 good one. I fall victim to temptation more often than I care to admit. I don’t think I exhibit the Fruits of the Spirit consistently. I am far too cynical. I become frustrated too quickly & anger too easily. I am frequently distracted by meaningless trivialities. I make poor use of my time. Too often I allow fear, anxiety, & general neuroses to rule my life. I haven’t been “all in” on Jesus. Oh sure He’s a swell dude that did & said a lot of cool things…but do I sincerely trust Him?? On an intellectual level…yes. But down deep in my bones I know I’m not where I need to be.

This internal confrontation with my own shortcomings is nothing new and I have alluded to it before. However, events in the past few years have introduced a sense of urgency. My brother The Owl & I have often commiserated about mutual frustrations & disappointments. He & I have always thought of ourselves as inhabitants of The Island of Misfit Toys. It’s not that we are smarter than everyone else or the only two people to recognize the dark path our world has been traveling down, but we do tend to feel marginalized on many levels. We have observed things occurring in America that aren’t completely surprising, but that doesn’t make them any easier to comprehend or accept.

What has become clear is that there is only one answer. Again…intellectually I have always known this, but I have not fully embraced it on a

spiritual level. As pop culture, the news media, elected leaders, & commerce go full throttle down a road built on political correctness, sin, & misguided good intentions the wickedness becomes harder & harder to ignore. It has become pervasive in almost every facet of daily life. Ideally one would move to the wilderness like Thoreau and disengage from the chaos & madness, but unfortunately that isn’t a practical solution (or is it??).

One may not be able to completely separate from the aggravation & disillusionment, but we can choose that on which we focus. It is obvious to me that the only path is Jesus Christ. It is time to “put away childish things” and stop being lukewarm lest He vomit me out of His mouth. Most of that involves areas of my personal life that citizens of The Manoverse need not be concerned with and surely have no interest in, but it does mean that I want to follow thru on what I originally talked about doing a few years ago.

I will warn you ahead of time that we’ll be skipping around a lot. It is unlikely that I will start with Genesis and end 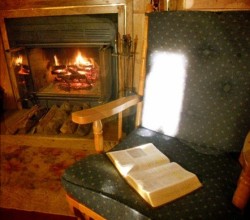 with Revelation. What can I say…I’m a non-linear, outside-the-box, avant-garde kinda cat. As usual I make no promises involving timetables or structure. I enjoy learning, but more importantly The Lord is gently persuading me that this is the next step in my growth process. It’s time to stop dipping my toe in the water and dive in. He won’t allow me to drown. It is time to block out the hatred, discord, & destruction. It is time to stop becoming frustrated with the darkness and find joy in the light. #JesusWins